Bill and Ted Face the Musicimagines a world in which the duo played by Alex Winter and Keanu Reeves could create the song that unites the world. Indeed, such is the mission at hand, as the now-middle-aged men race against time. Ultimately though, the Wyld Stallyns need a little help from their friends, the Beatles. At least that’s how it went behind the scenes.

[Spoiler alert: This article contains MAJOR spoilers from Bill and Ted Face the Music. Read at your own risk.] 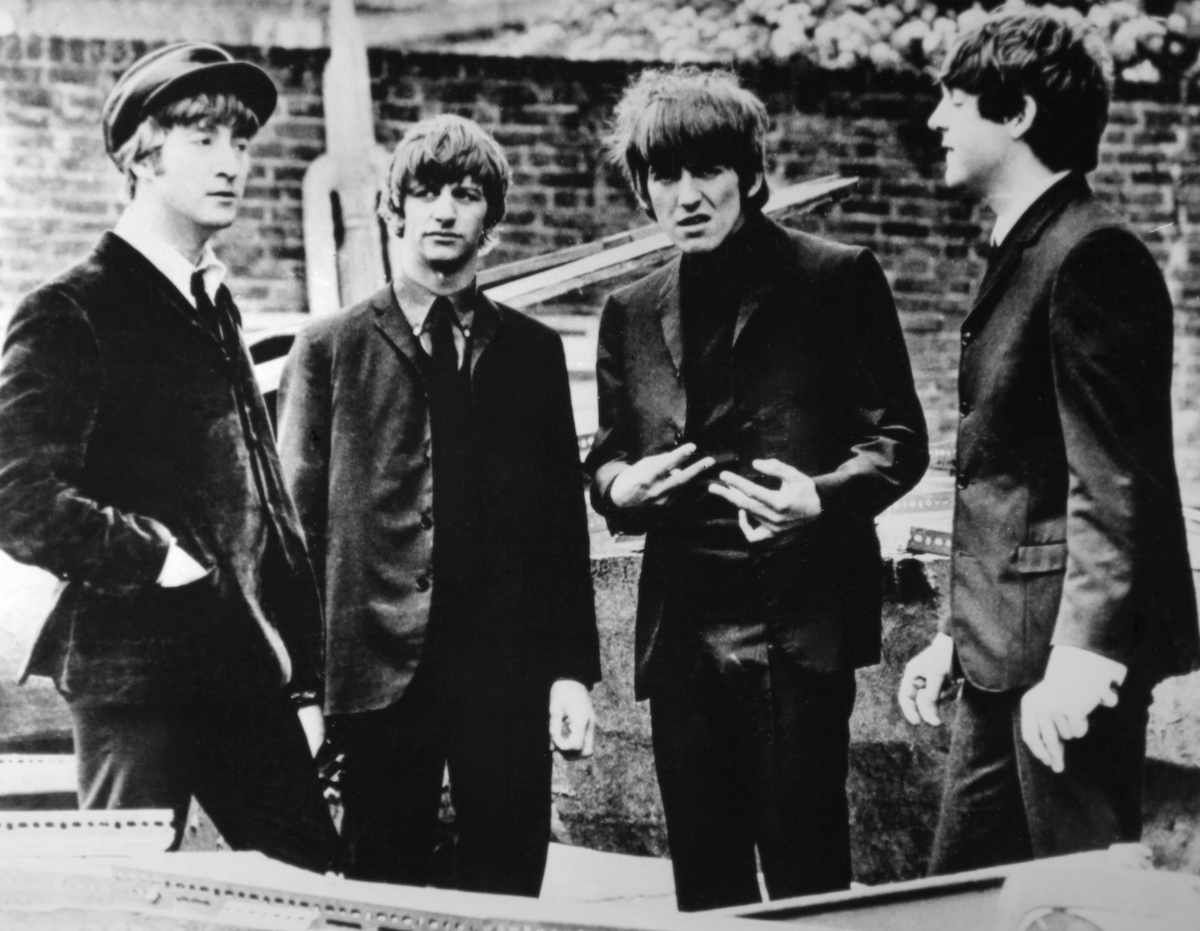 Nearly 30 years have passed since Bill and Ted’s Bogus Journey. And Bill (Winter) and Ted (Reeves) still haven’t fulfilled their destiny. With just 78 minutes to go until time-space folds in on itself, the two lifelong friends embark on a quest to take the fateful song from their future selves. Naturally, that plan doesn’t go nearly as smoothly as Bill and Ted hope.

Thematically, a good chunk of Bill and Ted Face the Music comments on what it means to create a legacy. The movie sees its two heroes hop around throughout time. But ultimately, it is their daughters — Billie (Brigette Lundy-Paine) and Thea (Samara Weaving) — who are the crux of the world-saving performance.

In an excellent adventure not dissimilar to their dads’ first movie, Billie and Thea assemble an epic era-spanning band. In their travels, they persuade musical legends such as Louis Armstrong (Jeremiah Craft), Jimi Hendrix (DazMann Still), and Wolfgang Amadeus Mozart (Daniel Dorr) to join Wyld Stallyns on stage.

At the very last minute, Bill, Ted, Billie, Thea, and company are able to create a once-in-history jam session. For a brief period, people from throughout space-time unite in song. As the movie explains, it’s less the song itself than the experience that saves reality. In the movie, the song is an original composition called “Face the Music” but not on the set.

And the Beatles played a critical role in that climactic moment

Because the soundtrack isn’t finalized in time, a movie will often use temporary music during filming. Such was the case with Bill and Ted Face the Music. As Reeves told Variety’s The Big Ticket podcast, it was the music of the Beatles that technically saved the world on set that day.

[Director] Dean Parisot comes from a musical background, and I knew that we were in good hands with that. … We didn’t have the song when we were filming. So Dean played “Ob-La-Di, Ob-La-Da” by the Beatles because for Dean, it was like, “I know 113 beats per minute would be good, and ‘Ob-La-Di, Ob-La-Da’ has a hundred and it’s a feel-good song.” For nights, we would just be listening and rock out to “Ob-La-Di, Ob-La-Da.” It’s amazing how you can listen to that song a whole bunch and not get tired of it.

Even though it isn’t canon within the movie itself, it feels appropriate the Beatles had an indirect hand in uniting the world. The group still stands as the biggest-selling artist of all time. And its iconic discography is beloved by generations of fans. What better inspiration for Wyld Stallyns?