Hildur Guðnadóttir, the composer of the haunting score for TV phenomenon Chernobyl, is describing how she's mentally recalibrated after months in the harrowing headspace of a nuclear fallout.

"I come home from work and I have a 6-year-old I have to cook for, so to be completely honest with you I mostly listen to, well, Justin Bieber," the 36-year-old Icelander laughs from her home in Berlin. "I've had to completely rebalance." 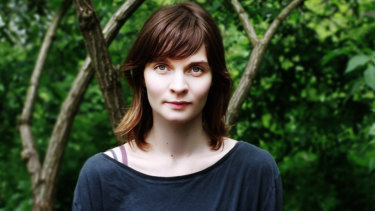 The HBO series' stunning success owes much to Guðnadóttir's evocative score, as discomfiting as the tragic history or political malevolence on screen. To match the script's aversion to "making up fairytales" about the 1986 catastrophe, Guðnadóttir captured field recordings – the eerie ambience across vast corridors and turbine holds, the ominous rattle of a Geiger counter – in the same decommissioned nuclear plant in Lithuania where the series was filmed.

"It was important to me not to tamper with the recordings as I walked through, just listen to what the space was telling me instead of bringing my cello in there and playing or slamming doors," she says. "It took more time than if I'd sat down and written, like, a violin suite to dramatise the story of these people losing their sons in Chernobyl, but it felt the story needed something from the place itself. I spent months and months and months digging through these hours and hours of recordings, and nearly every sound you hear in the music is made from those recordings."

The unique process exemplifies the ambition that's entered scoring for television, an approach once reserved for big film productions.

"There's been a tendency to think that TV music has to be cheap and fast and for films it has to be nothing but orchestral music, but it's not right," says Guðnadóttir. "Because in both TV and film every story under the sun is being told, and so music shouldn't be restricted to have to follow, like, the John Williams template or something. I love John Williams, but that sound doesn't suit every story." 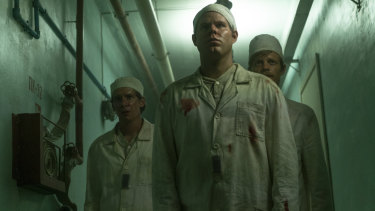 The jarring score, with its emphasis on sound-building over orchestration, has provoked strong reactions from traditionalists. It's a criticism Guðnadóttir has heard before across her collaborations with friend and late film composer Jóhann Jóhannsson, whose sparse, electronic scores for movies like Sicario (2015) and Arrival (2016) earned a reputation for their forward-thinking possibilities (Jóhannsson died in February 2018, aged 48, following an accidental drug overdose).

"I worked with Jóhann on every film he did, and I think there's a long way to go before people are completely open towards [his approach]. There's a lot of fright because all these awards that are so important to people in Hollywood, like the Emmys and Oscars, they have very strict regulations about scores – 'It must have this much orchestral music, you can't be too close to the sound design…'," Guðnadóttir explains.

"A lot of those regulations are – I mean, I don't know a lot about them because I don't care about them much myself – but you can feel that productions are sometimes hesitant to take stuff that's outside the box because they're afraid of missing out on awards, nominations, the attention that brings.

"It's been the same with Chernobyl. Mostly the response has been positive, but there's still voices asking, 'Is it music or is it sound design?' And to me it's just nonsense! They're both reaching people's ears at the same time – the better they work together, it's only a positive thing. The question should be is the score being made in a way that serves the story? That's the important thing. And you shouldn't be limited to those two boxes or some sort of awards regulations. To me, that's just sad."

Guðnadóttir – who just handed in her score for the upcoming DC blockbuster Joker, starring Joaquin Phoenix, a work she describes as "a completely different score from me, pretty much as different from Chernobyl as it could possibly be" – is defiant against the criticism.

"I think ideas are changing, and I think some of the best scores created have totally said, 'F— this, I'm going to do what I want', like the Birdman score, for example, which is in my opinion one of the most brilliant scores ever made, a long drum solo that yet manages to capture all the emotions needed for the story of that film. It's glorious. But, of course, it didn't stand a chance at any awards.

"There's this idea with Chernobyl that it's not real music, that it's an easy way out to do field recordings and slam that in with the sound design… To me, there's not a lot of truth to that, because actually, at least in this case, it was a lot more work! So every time I see those comments I'm like, yeah no, you don't even know."