Mitchell Lichtenstein’s cult classic “Teeth” sure still has bite. As “Teeth” celebrates its 15th anniversary this year, it’s only fitting to look back on the legacy of the “vagina dentata” origin story. Written and directed by Lichtenstein, “Teeth” stars Jess Weixler as Dawn, a high school student who has committed her body to the Promise, an abstinence group that preaches on the unlawful act of sex.

The at-times outrageously campy film has a foreboding score reminiscent of “The Room” crossed with a misplaced fever dream ode to John Carpenter, framing Dawn’s dedication to keeping herself pure like a character trait one of the many victims of a slasher may have. The blonde-haired, blue-eyed virgin has a distinct memory of being digitally penetrated by her creepy step-brother as a child…and let’s just say, neither of them forget it.

Is Dawn our final girl? Not quite.

As a high schooler, Dawn lectures about the “precious gift” of virginity and vows to keep it “wrapped” and wear a promise ring “until the day you trade it in for that other ring.” Yet Dawn’s love at first sight encounter with new student Tobey (Hale Appleman) throws her purity plans into disarray. What becomes a consensual yearning for one another takes another form as Tobey later violently pins her down, hitting Dawn’s head with a rock in the process, and then rapes her while she’s unconscious. That same secret weapon Dawn has hidden inside since her step-brother encounter protects her, and in short, gives Tobey a circumcision he will never forget.

This is just the first of Dawn’s unwanted encounters with men as she learns to control her pleasure, sensuality, and weaponize her sexual desire to those who objectify and violate her. An assault by her physician (Josh Pais) and revenge on a two-timing lover (Ashley Springer) act as opportunities for Dawn to sharpen her skills, and continues to show that Dawn truly can never trust any man. She later hones in on her leering step-brother (John Hensley), who marks Dawn’s first foray into targeted teething. 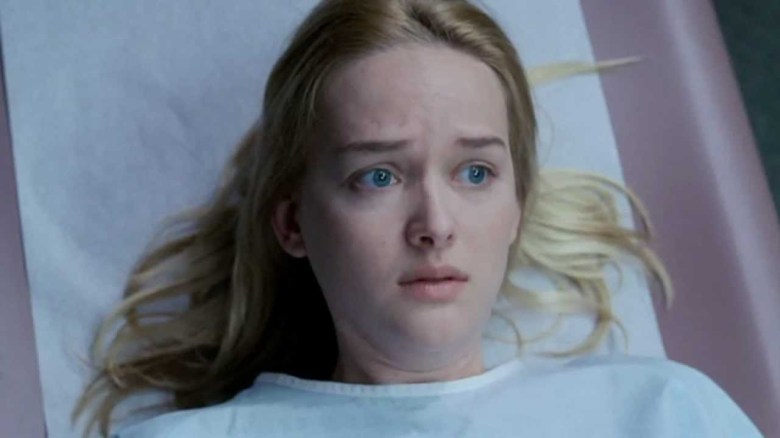 Dawn is not a monster and nor is she preying on any man who is undeserving of a sharp bite to their genitalia. “Teeth” is not a slasher but an ode: Dawn is not a victim, but a learned perpetrator, one who does what she needs to in order to survive. “Teeth” crawled so “Promising Young Woman” could run: Dawn recognizes her bodily agency and weaponizes it when needed.

It isn’t until Dawn realizes the game is rigged in which she sets out to screw the world, quite literally.

As she searches for answers in mythological matriarchs like Medusa, Dawn seeks security and answers from seemingly safe male figures in an attempt for emotional closeness as her home life is in shambles. But all she is left with are her own vaginal dental records to identify the bodies of those who let her down. 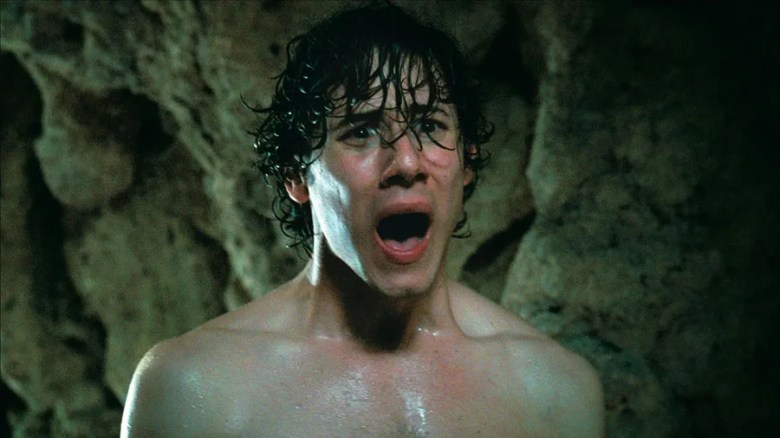 “Teeth” is rife with male nudity, fully centered in Dawn’s perspective. Her self-discovery is entirely contained within the film, showing when her teeth engage (rape) or lie dormant (consensual sex with an emphasis on female pleasure).

When a female science teacher lectures that evolution is the key to survival, we can almost feel Dawn’s shark-like vaginal teeth clenching. Her condition is a result from generations of women being assaulted, raped, and mutilated, it seems. Dawn learns, much like most teens upon the film’s release, that sex is called many things: At first sex is forbidden, then sex is marriage. Later, sex is love, but mostly, sex is power.

Much like the appeal of films about witches, “Teeth” reminds us that women have a secret superpower, as lead star Weixler even noted to Collider upon release, an unknowingness found in the feminine mystique that can never truly be tamed — or taken.