I'M A Celebrity Extra Camp presenters Adam Thomas, Emily Atack, and Joel Dommett have reunited in Australia ahead of the show's launch.

The trio shared snaps from Oz after the long journey over, with the ITV show returning to screens next Sunday. 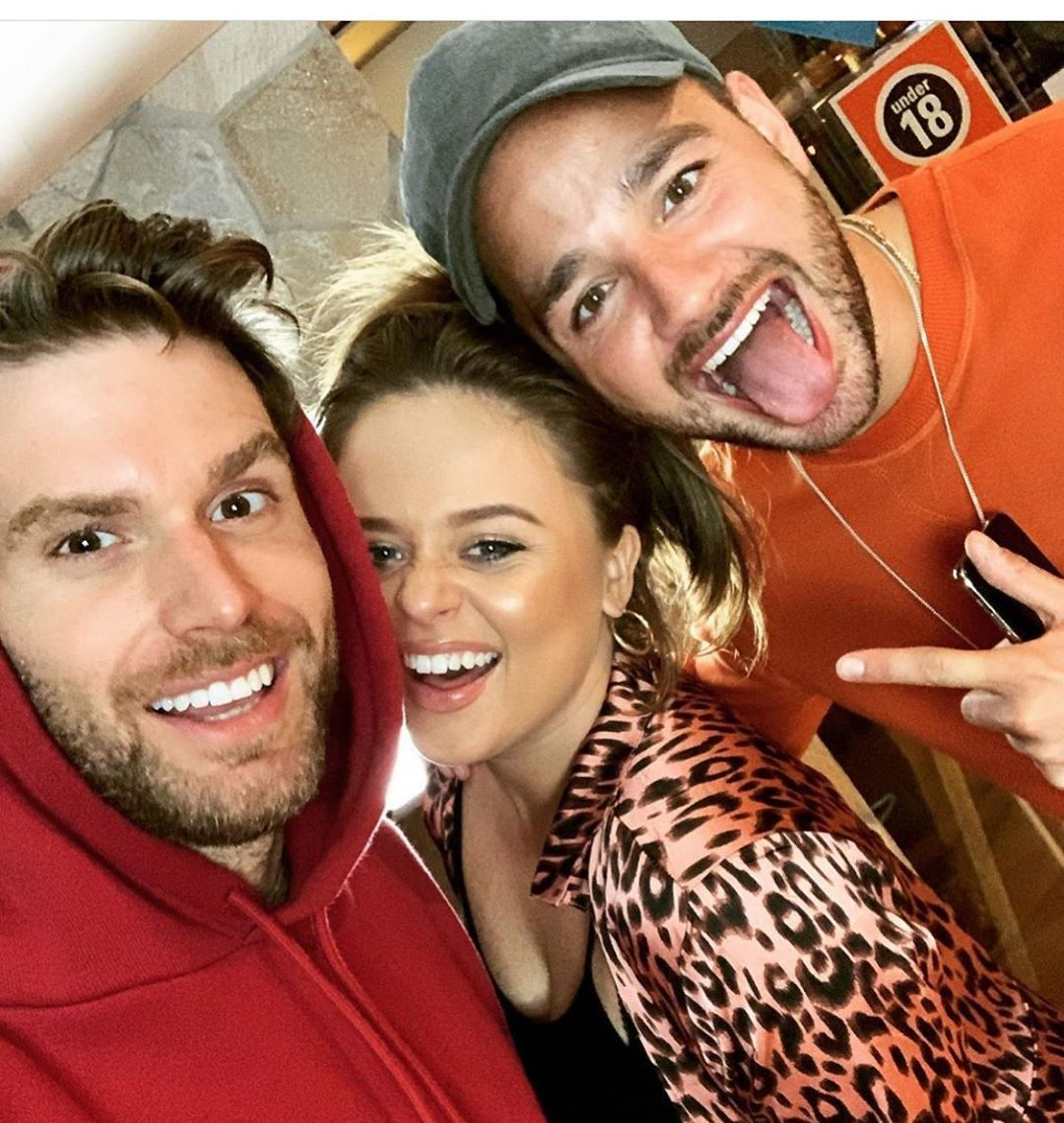 Comic Joel joined the ITV2 sister programme back in 2017, with Emily and Adam making their debut this year after former co-hosts Scarlett Moffatt and Joe Swash quit the programme.

Adam finished in third place in the 2016 series, and shared a photo of himself sticking his tongue out as he posed with his fellow presenters ahead of the new gig.

In the snap, all three stars look giddy with excitement, with Emily in the middle wearing a leopard print jacket.

Joel is taking the picture, and is wearing a red hoodie, while Adam covers up in a baseball cap. 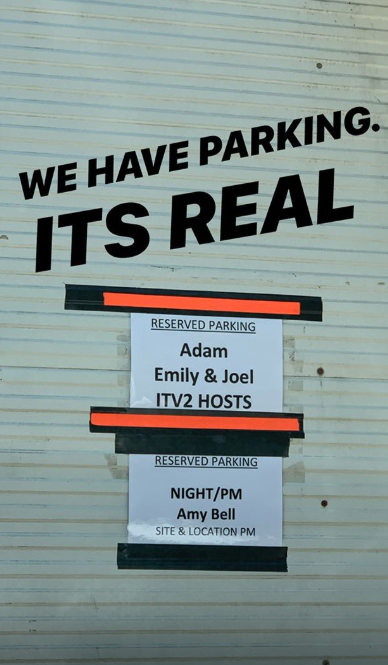 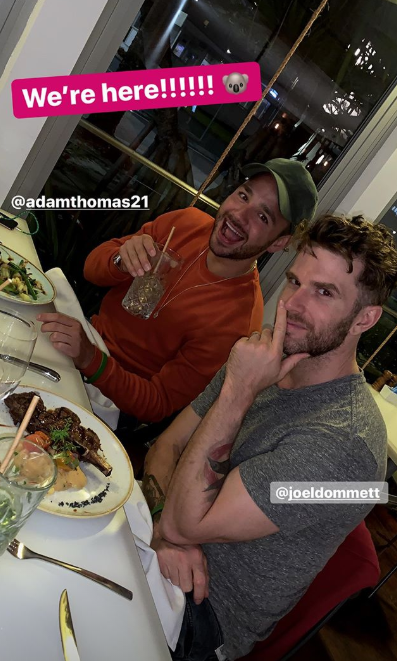 Adam captioned the post: "Still not real !!! Arhhhh… This is me @joeldommett and @emilyatackofficial in between us!!

"Get it?? Haha, expect more great jokes like this … when we go live 17th November @itv2 @imacelebrity".

On his Instagram Story he added a snap of a Reserved Parking sign for the ITV2 hosts, joking: "We have parking. IT'S REAL." 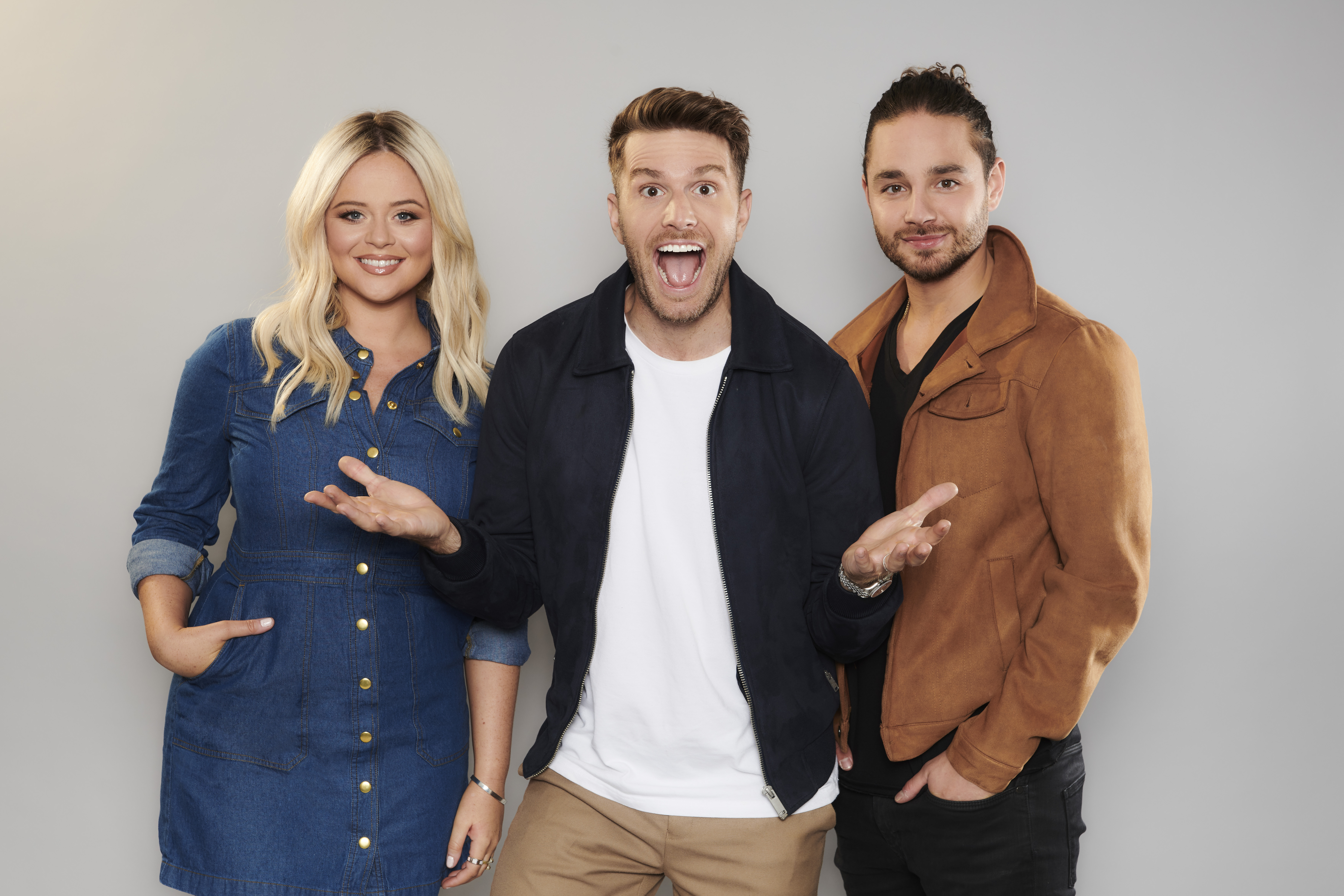 On Emily's Story, she shared a photo of Adam and Joel at dinner, writing: "We're here!!!!!" and a koala bear emoji.

Posting a selfie as she clutched a glass of champers, she wrote: "Off I go! Back to where it all began. I’m quite emoshe. See you soon boys."

The actress finished runner-up to Harry Redknapp on last year's series and was delighted to be asked to host the spin-off show this year. 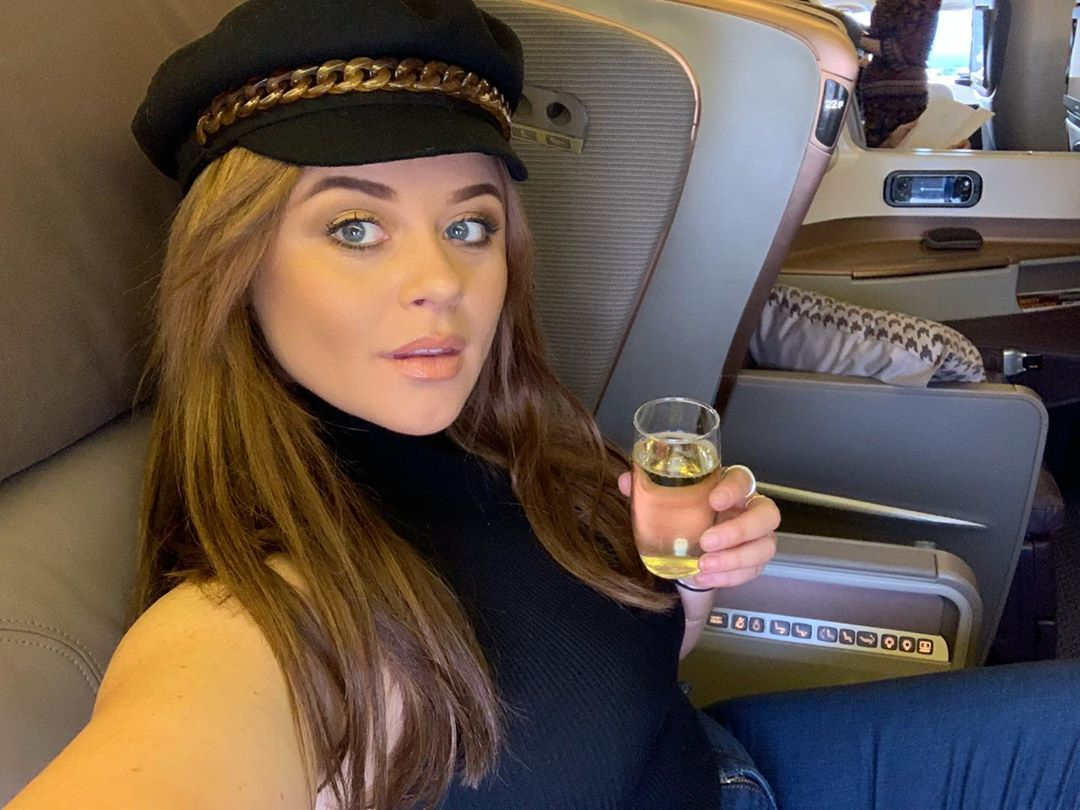 Joel also shared part of his journey to Oz, posting a video from his car, explaining: "I'm on the way to the jungle for the first time this year."

He later updated fans with a shot from his airline seat, writing: "And I’m OFF. So so excited about @imacelebrity this year… New team, new cast, new pants."

They travelled a day later than the show's host Declan Donnelly, who was photographed leaving London on Wednesday morning with his daughter Isla and wife Ali.