ADELE Roberts looks like she's having a rough time as she takes part in the eating challenge on tonight's I'm A Celeb.

Roman Kemp can be seen watching on as the former Big Brother star retches while trying to eat disgusting critters during the Bushtucker Trial named 'Just Desserts'. 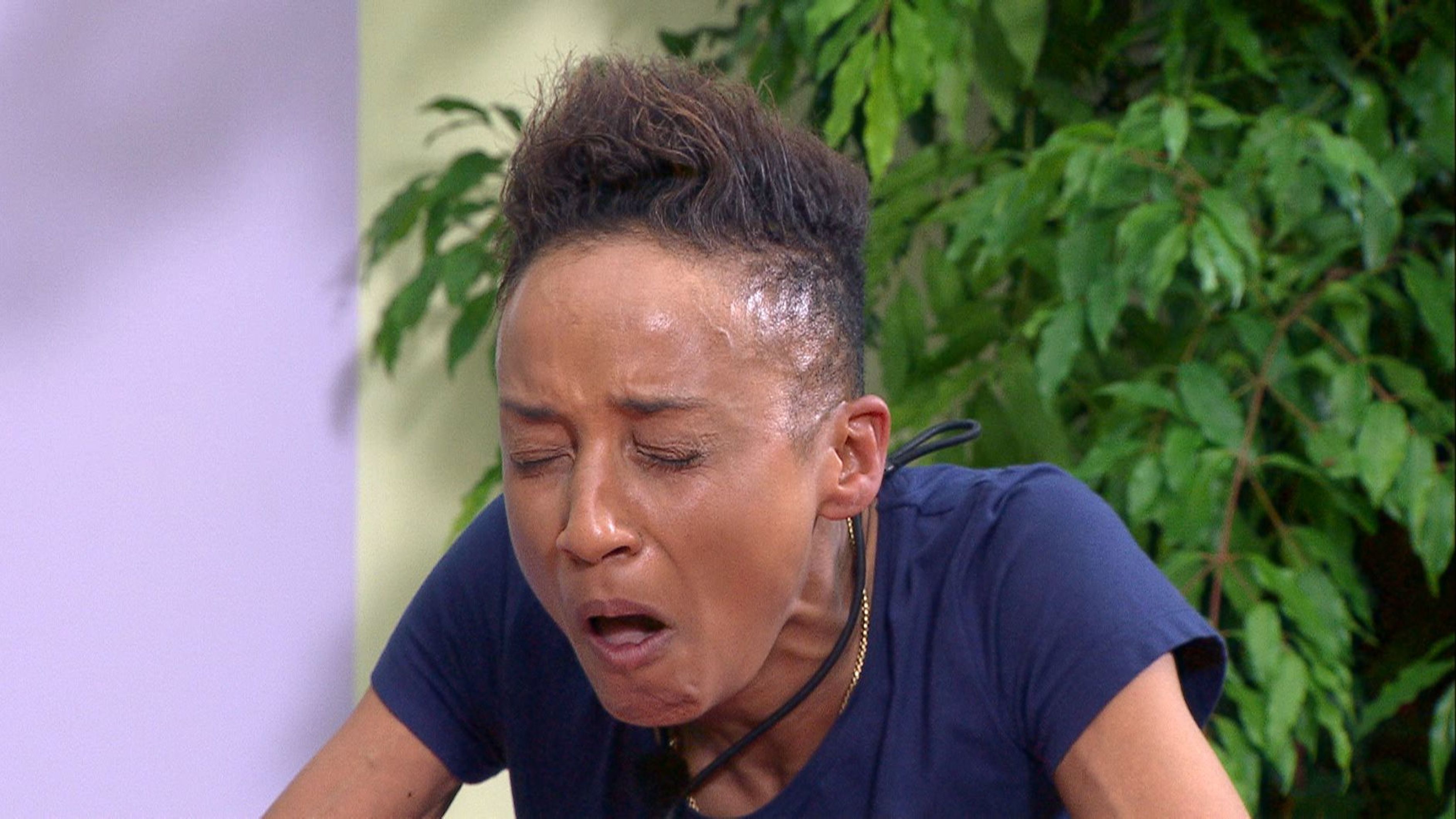 The pair will take on the challenge on tonight's show after yesterday's public vote.

Roman's dad Martin Kemp even voted for him to 'eat kangaroo b*****ks' cackling 'That'll show him'.

Ant and Dec look on apprehensively as the pair sit down to a less than appetising meal.

And Adele appears shocked to the core when she is presented with a plate of what looks like worms or guts. 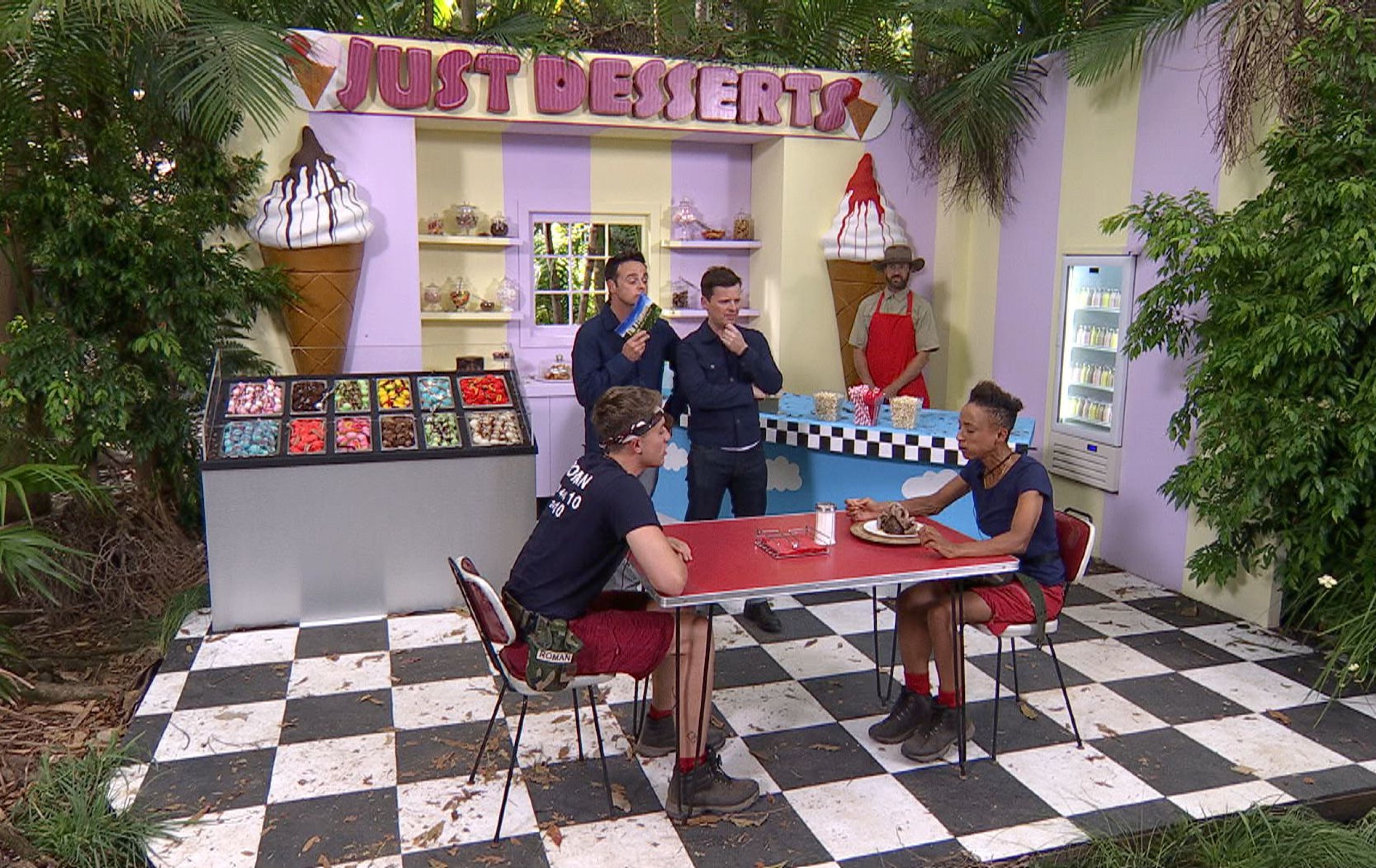 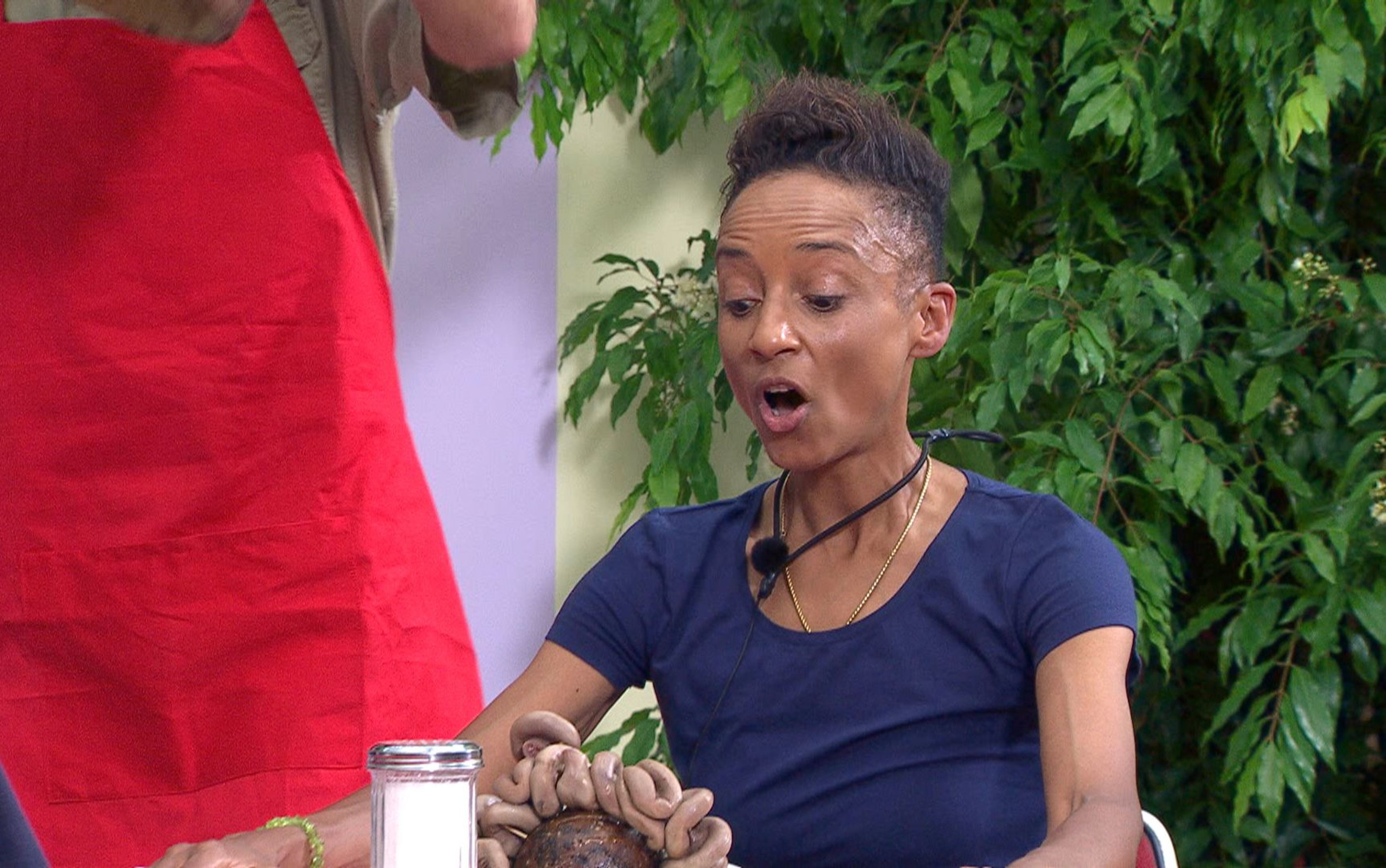 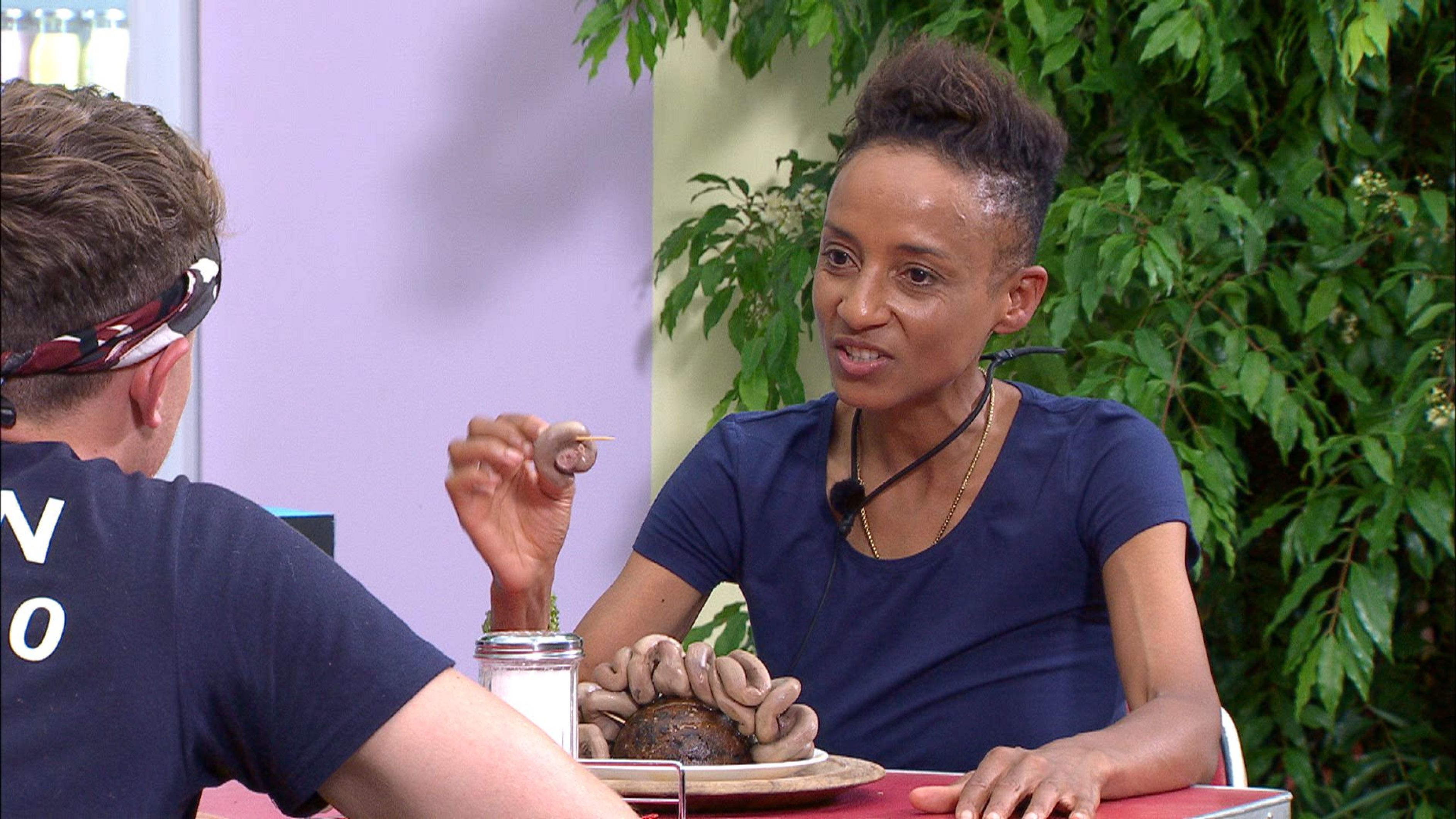 Last night Roman and Adele fell out over her framed photo of Jane McDonald.

The Radio 1 DJ, 40, left her campmates and viewers baffled when she picked the picture as her luxury item for the jungle – and Roman, 26, couldn’t resist teasing her about her “random” choice.

Singer Jane, 56, shot to fame on fly-on-the-wall TV series The Cruise and Adele is apparently a huge fans of hers – but couldn’t name one of her songs when asked. 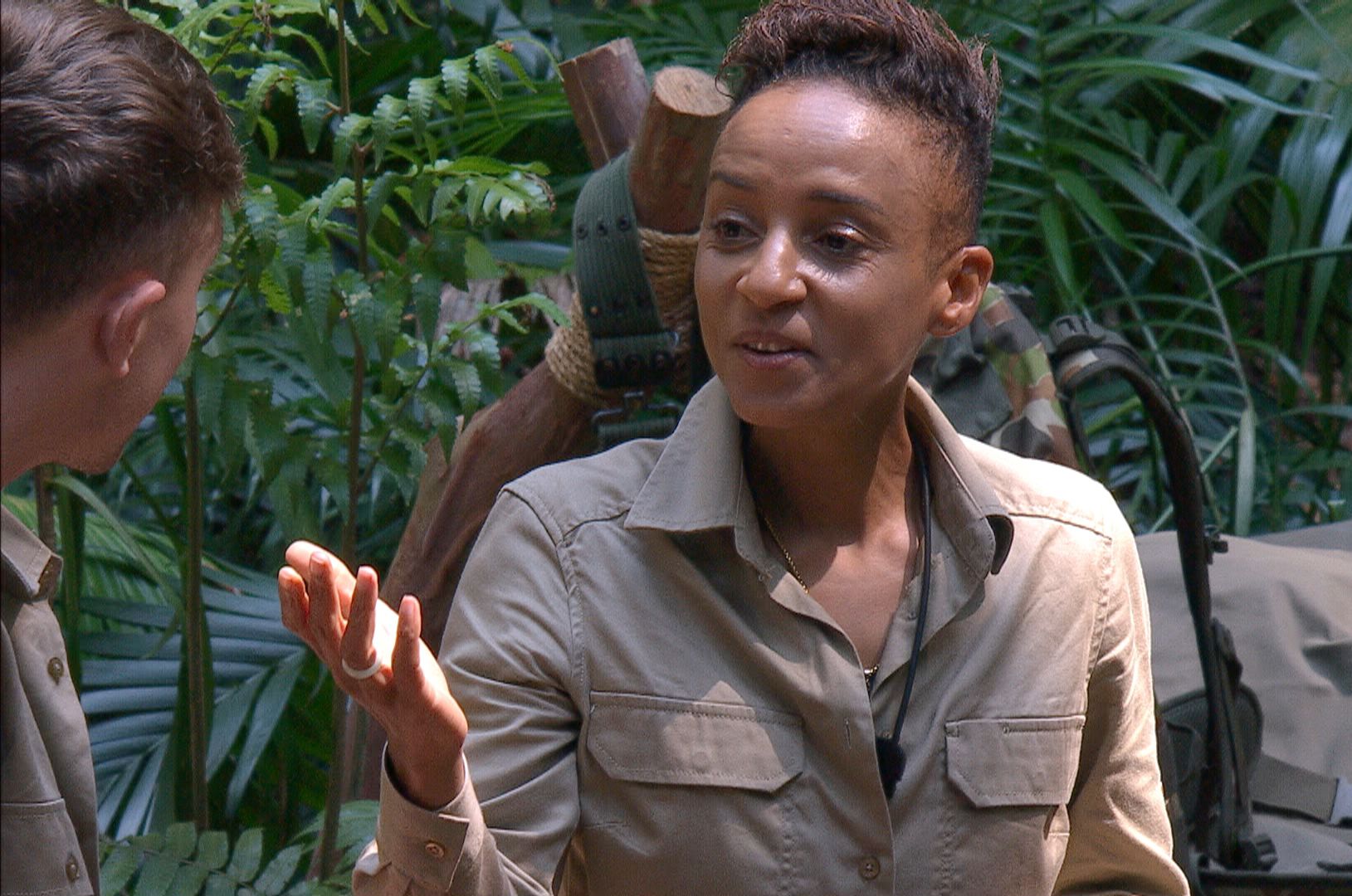 Good Morning Britain presenter Kate Garraway also challenged the camp to name one of the singer's tracks, adding: "Jane McDonald is looking over us. Can you think of a song of hers?"

Adele said: "I know her off Loose Women. I don't know her actual songs but I know her from the cruising show when she does covers."

Roman and Rak-Su member Myles Stephenson laughed and both said: "No one knows what she does," before Kate replied: "She's a legend." 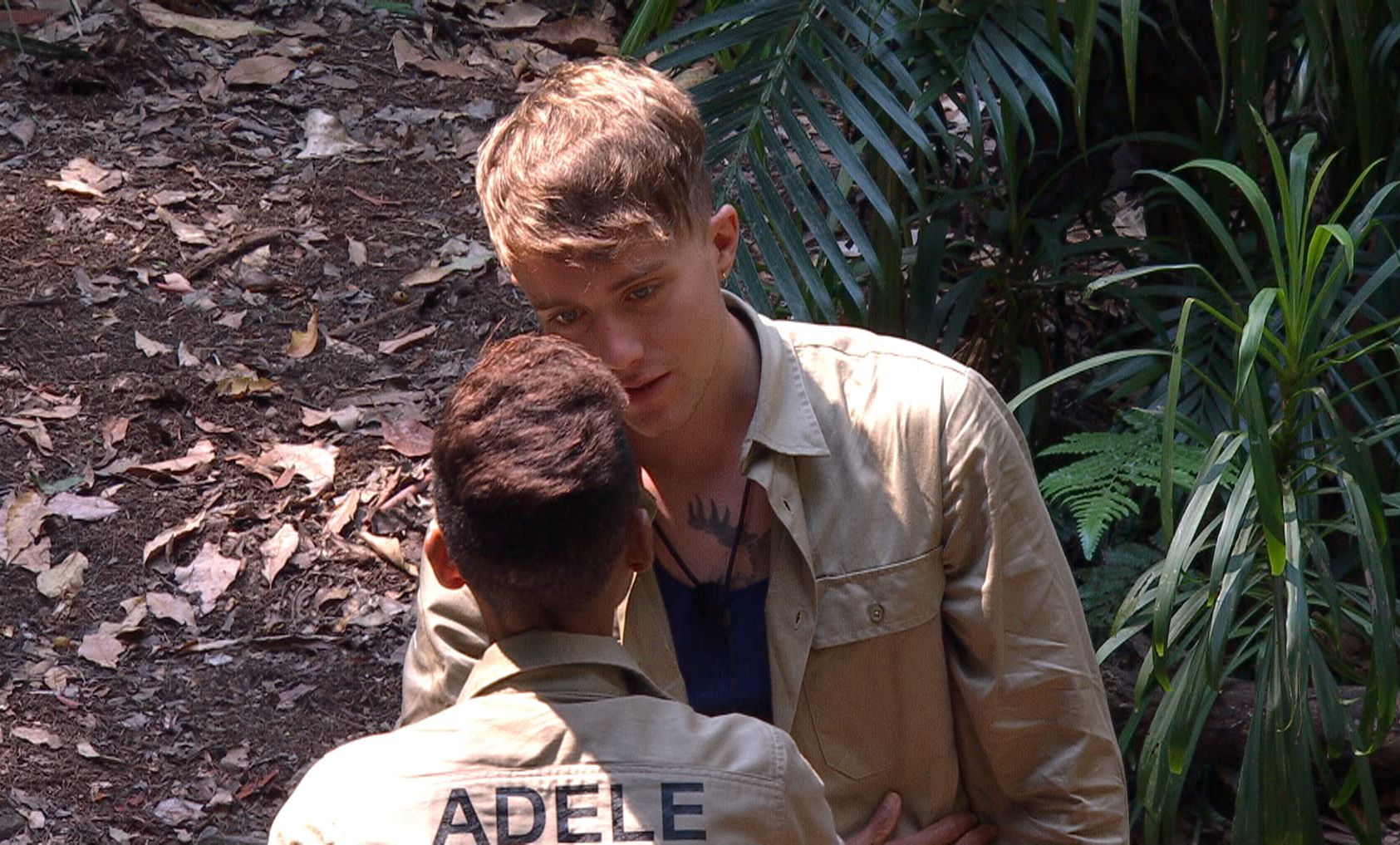 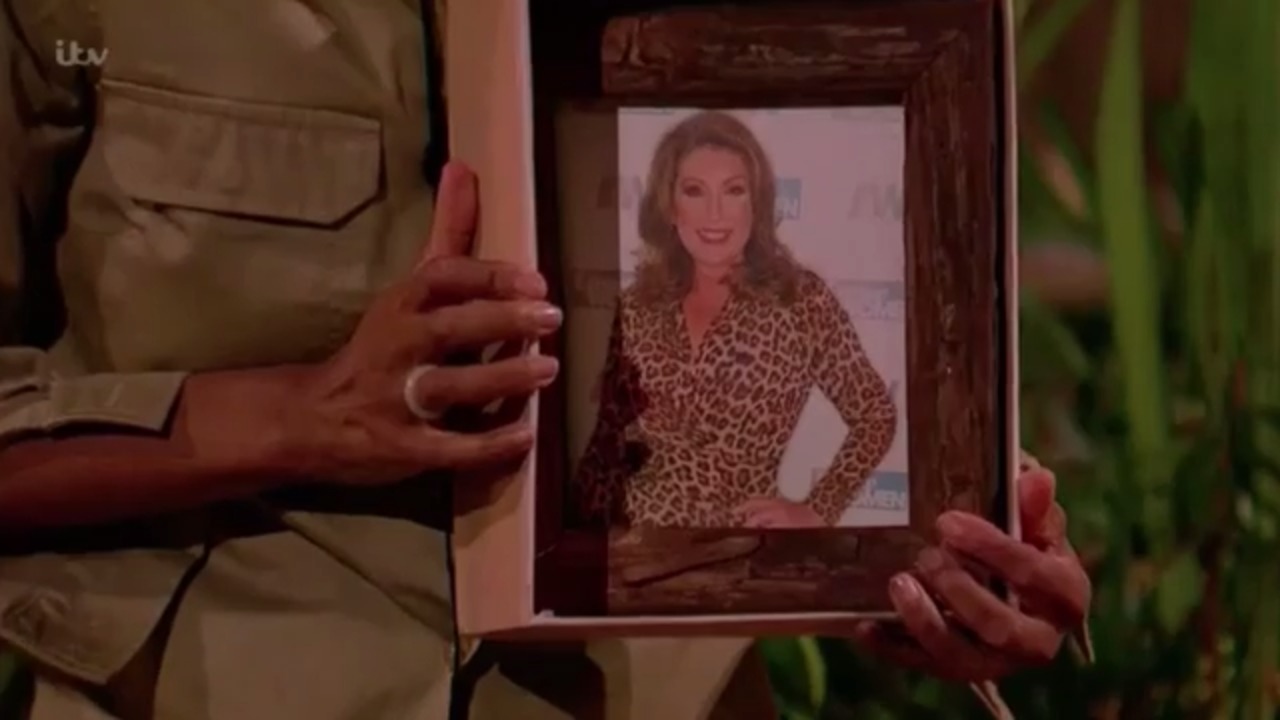 After a tense back-and-forth, Roman said: "It's just random, mate."

An irritated Adele finally told him: "That's prejudice! I'm allowed to like what I want."

Realising he had made her angry,  Roman apologised, saying: "I wasn't saying that at all. I'm sorry – I didn't mean to." 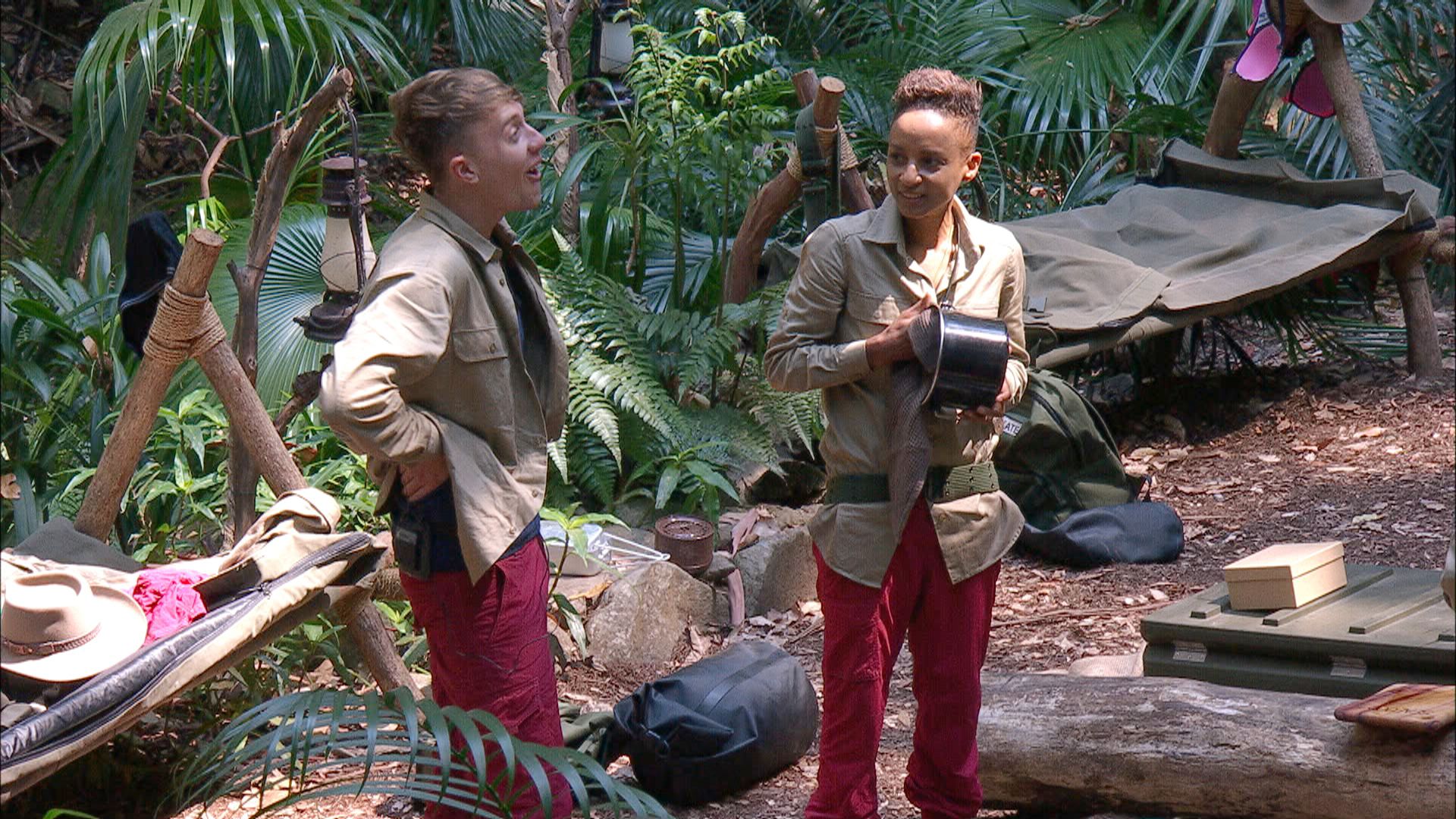 Roman managed to defuse the situation saying: "I like the picture being there," before giving  Adele a hug.

Yesterday it was revealed Adele is so obsessed with the crooner that she had also brought her book into the jungle.

Her girlfriend Kate took to Twitter to clear up the confusion over the framed picture saying she only chose it because all the other luxury items had been taken.

The campmates are not allowed to double up on anything, so she just decided to bring something that would make her smile. 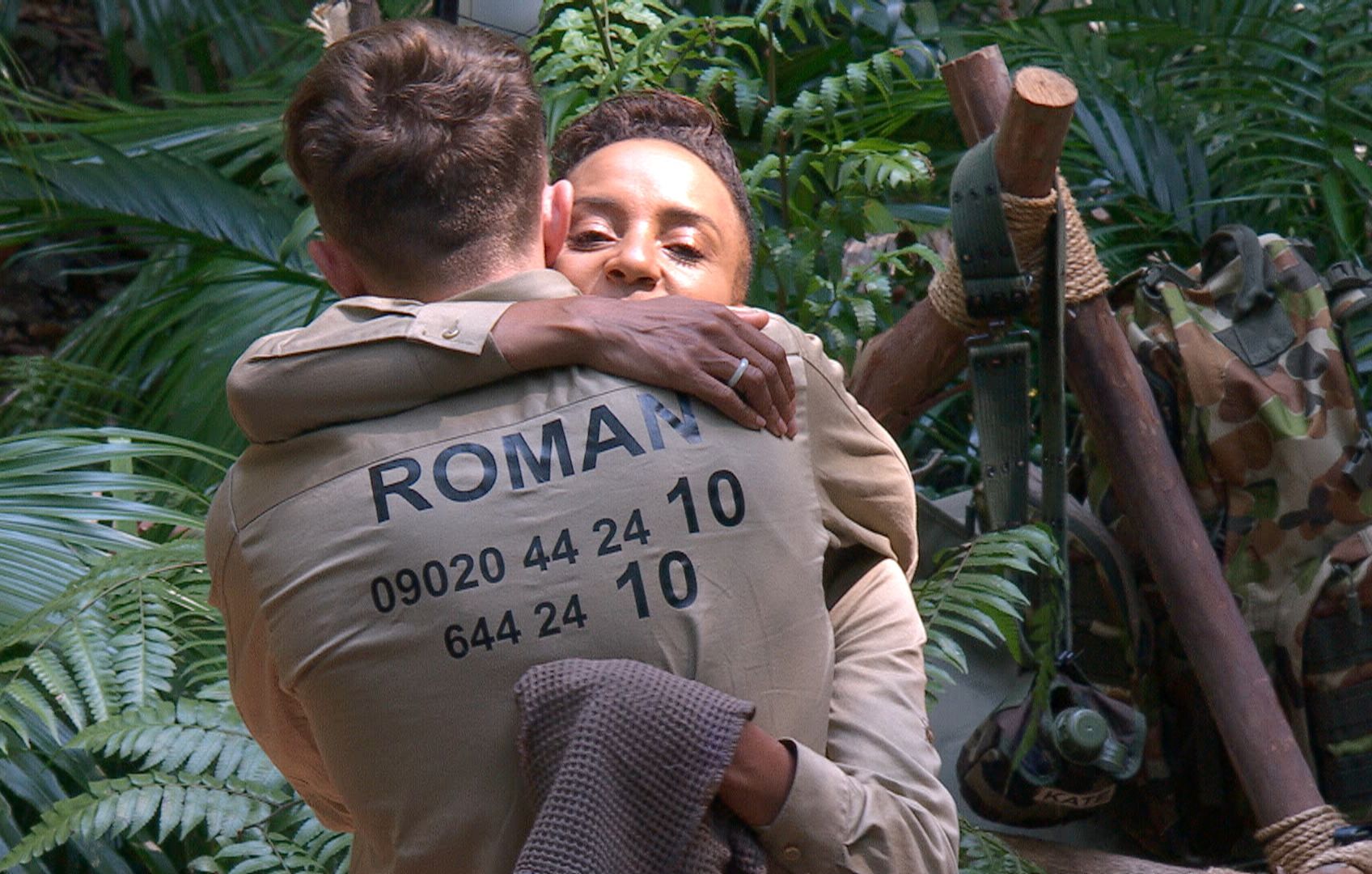