Sundance Institute CEO Keri Putnam was a giant anime character. Filmmaker Rodney Ascher (“Room 237,” “A Glitch in the Matrix”) looked like a pink mummy. Near the bar, a blue-hued actor towered over a group of avatars, dressed as the Greek god Zeus, and taught the crowd how to fly.

These were among the sights at the first-ever IndieWire chili party in VR. For years, this site hosted a casual gathering at our condo for festival crowds, from programmers to filmmakers and executives eager to grab some casual face time away from the insanity of Main Street. While the chili party tradition went dormant in recent years, its legacy endured and Sundance’s virtual 2021 status created a new opportunity to help industry folks eager for new ways to hang out. This time, the only barrier to entry was a headset. 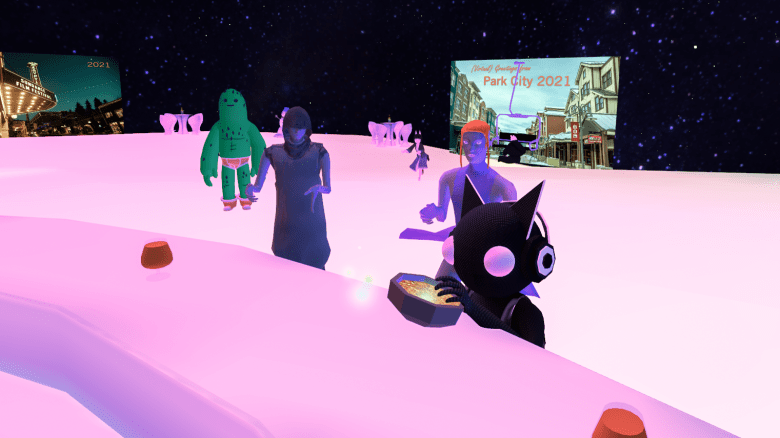 The party included its own virtual chili party station and a virtual ski lift.

In the show, participants wearing headsets played the role of a Greek chorus as they interacted with Zeus and Hera in a quest to recover the box of hope. The work climaxed on a snowy mountaintop, where designers created a virtual bar for attendees to hang out after the show. For the Sundance party, that same space became an appropriately icy centerpiece for festival revelers to wander around and interact.

A virtual step-and-repeat welcomed guests as a professional virtual photographer grabbed photos. At the other end of the space, a deejay played beats on a virtual dance floor, and a virtual chair lift sat in front of an image of Park City’s Main Street, where the photo sessions continued. There was a virtual replica of Main Street sculpture the Golden Bear available as a photo prop, along with snowboards and sleds. Oculus headset users could catapult themselves into the air with their controllers, leading some to discover a virtual bouncy castle hidden on top of a virtual moon. Double Studios team even lined the bar with steaming virtual chili and punch that could be carried around and consumed — or, at least, look like it could be consumed.

Oculus partnered with Sundance this year to provide most of its filmmakers with headsets, and a few tried out the technology for the first time. The festival created its own bespoke social platform,Film Party, for festival guests to mill about in an environment accessible both via browser and headsets. The chili party, however, took place within the more complex design possibilities of VRchat, which lent itself to the impression of a larger-scale event. Vast images from previous real-life Sundance condo parties adorned several areas of the space, and partiers could wander through many areas beyond the mountaintop. (There were no recorded noise complaints from virtual Park City locals.) 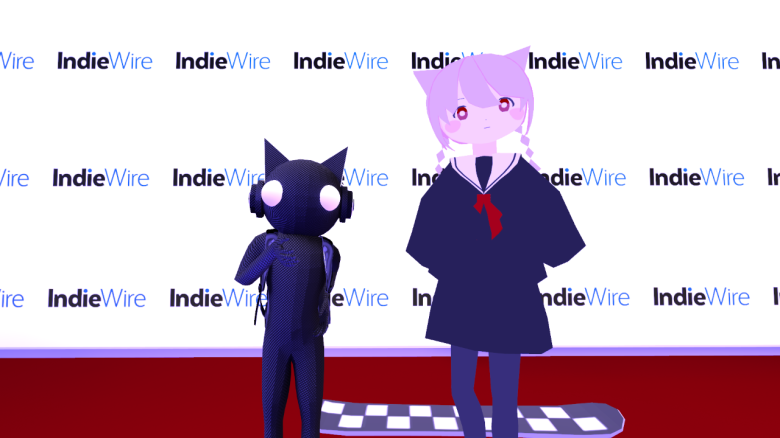 The VR crowd has plenty of reasons to work the Sundance scene. While the 2021 New Frontier section is smaller than usual, half of its projects are VR. The festival also built Cinema House, a VR-exclusive screening room that dangles in space outside a mockup of the International Space Stations. Screenings included the 2015 Doug Aitken documentary “Station to Station” as well as the World Cinema Documentary entry “Users” and a selection of international short films. 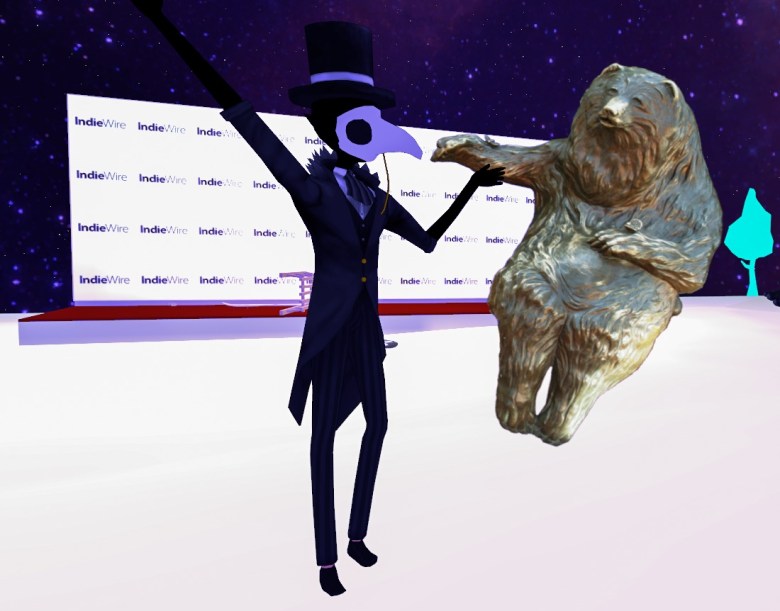 The chili party also provided a unique opportunity for Double Eye to preview its “Finding Pandora X” space. Creative director and founder Kiira Benzing is planning a ticketed run of the show, as well as a variety show featuring its Zeus character and a virtual repertory theater hosting workshops. Watch the trailer for “Finding Pandora X” below.