HOLLYOAKS star Rishi Nair has given an insight into what his life is like when the cameras aren't rolling.

The actor, who plays Sami Maalik in the popular Channel 4 soap, regularly shares snaps of his impressive pad with his 82.3k followers on Instagram. 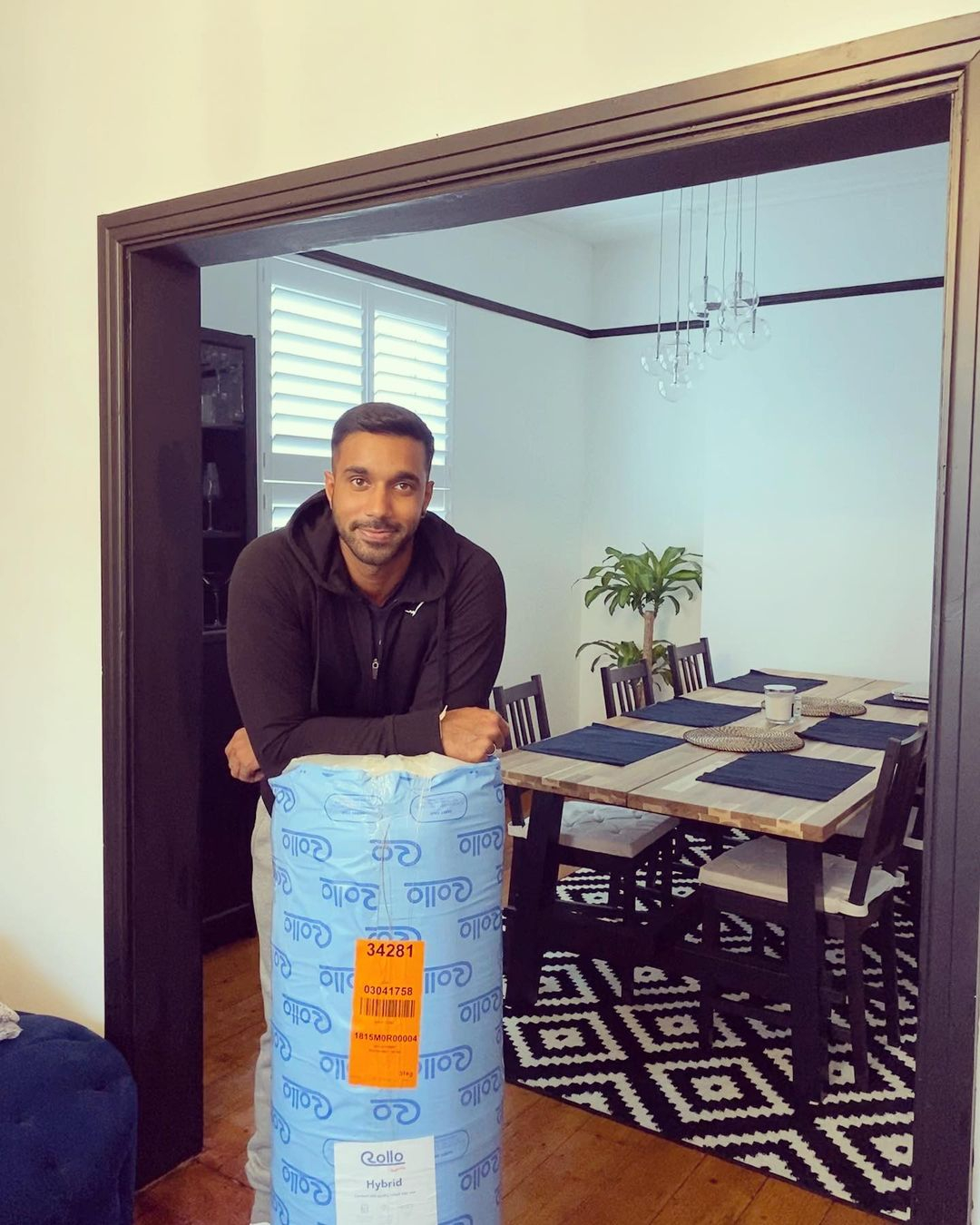 And one thing for certain is that he's a big fan of the colour blue.

During lockdown Rishi, 29, made the most of all his spare time considering production of Hollyoaks was stopped to help stop the spread of the deadly bug, and totally transformed his home. 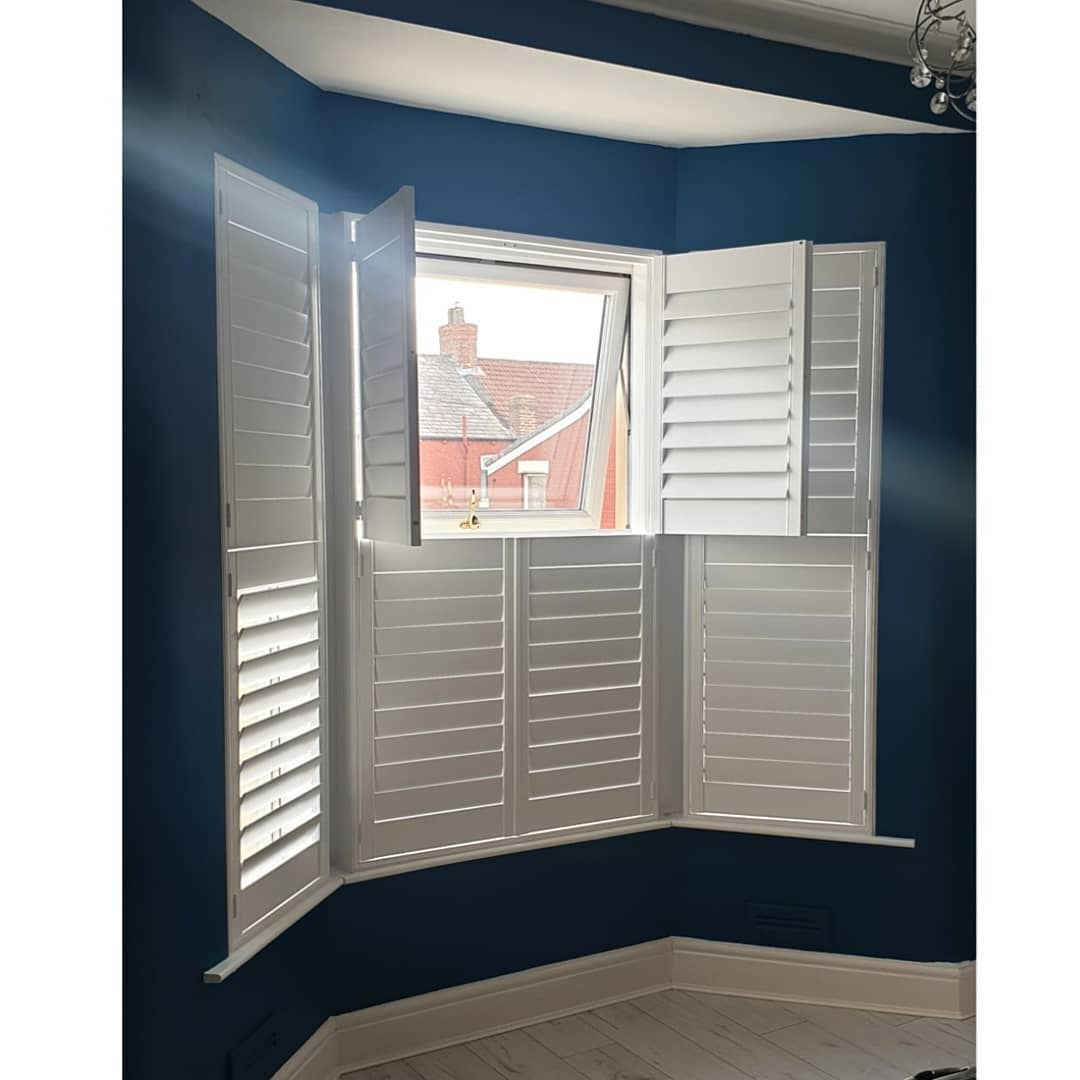 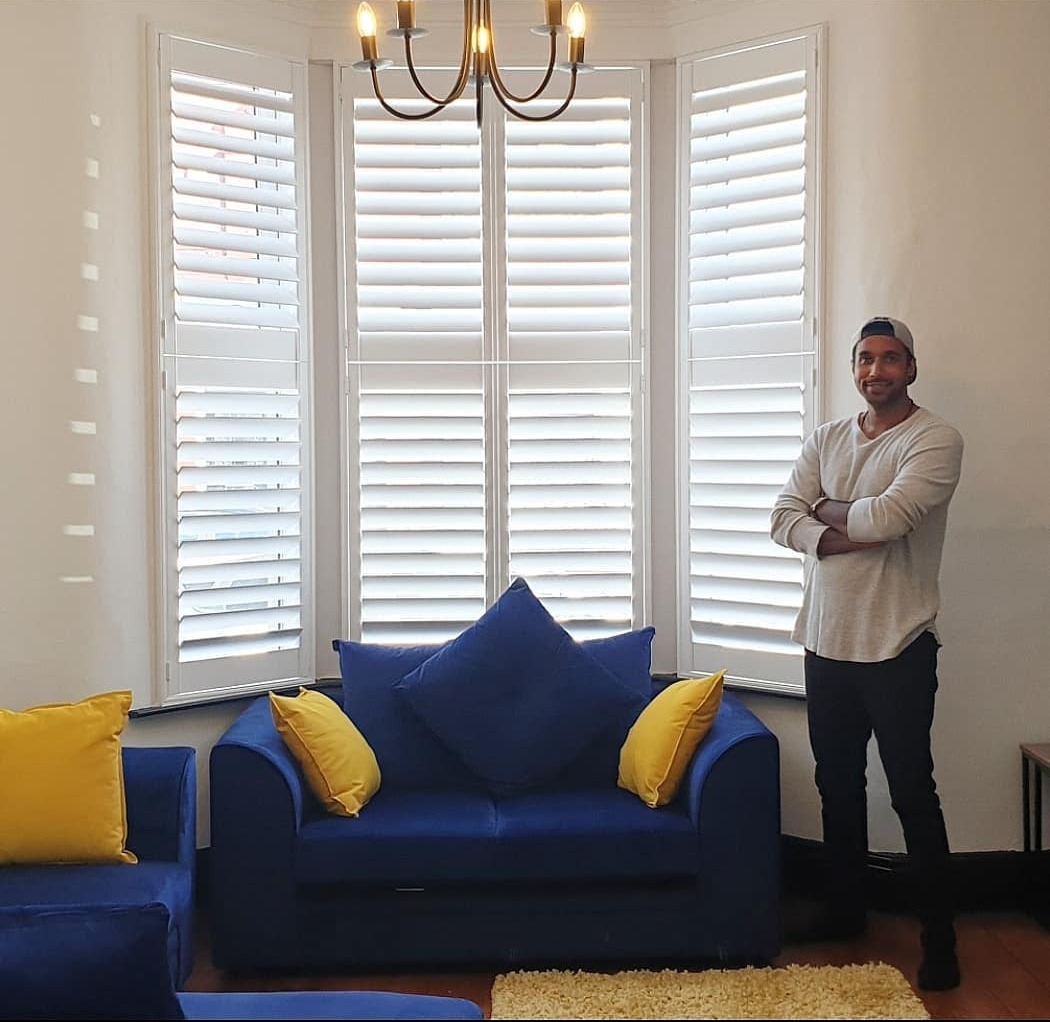 Alongside a caption of the before and after pictures, he told fans: "After 3 months of DIY and painting the ENTIRE house (had to make the most of lockdown!) Now comes the more enjoyable part of decorating. "

His dining room follows a similar vibe, with matching white shutters to give him the utmost privacy and another unique light which hangs from the ceiling.

The room is completed with a funky patterned black and white carpet placed underneath a sophisticated matching table and chairs and of course, navy coloured place matts for when he has any guests over.

Moving upstairs, his bedroom features a navy feature wall contrasted against a plain white wall that has framed art displayed on it. 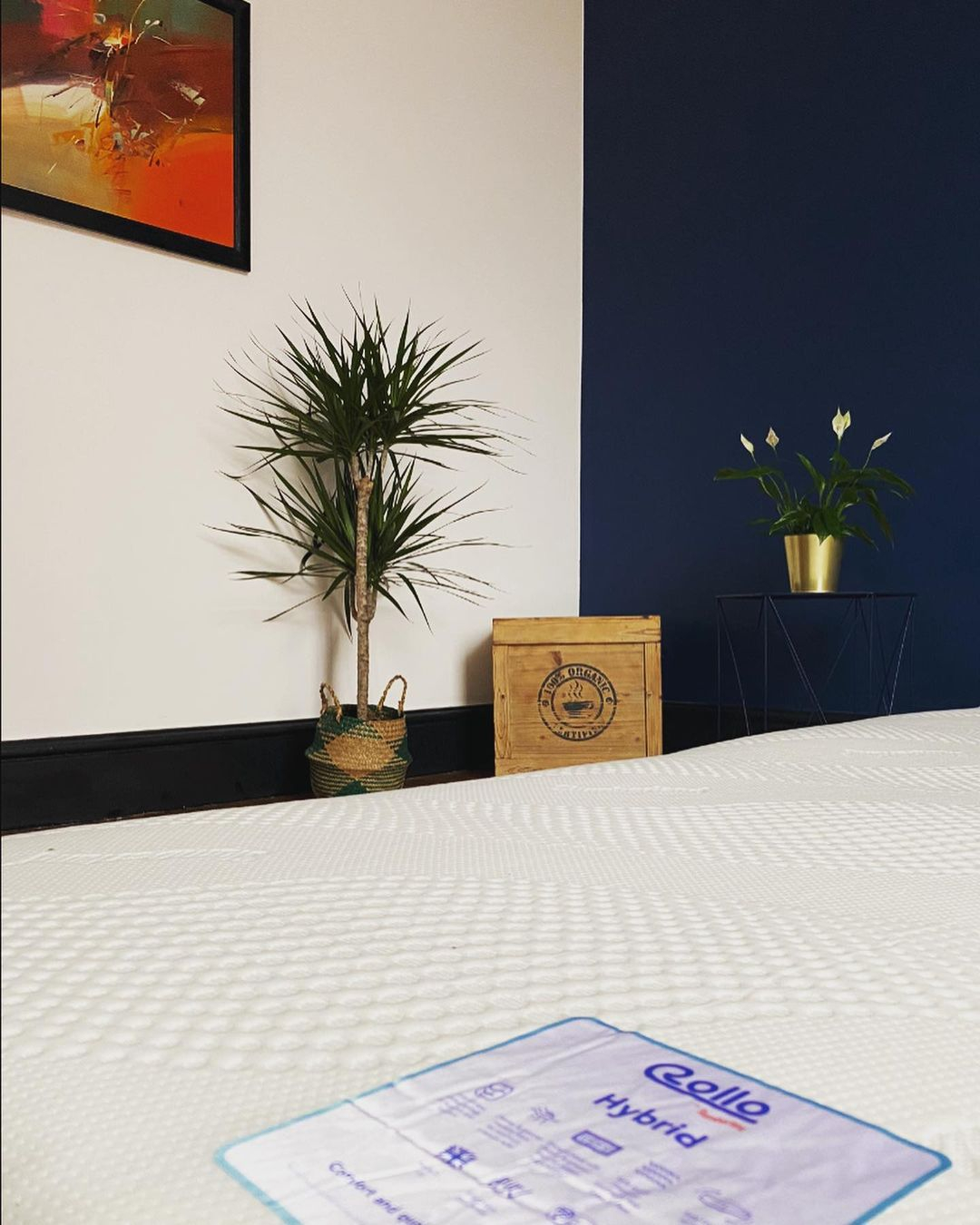 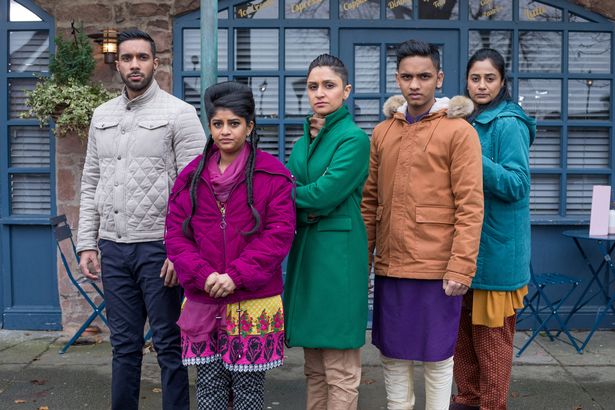 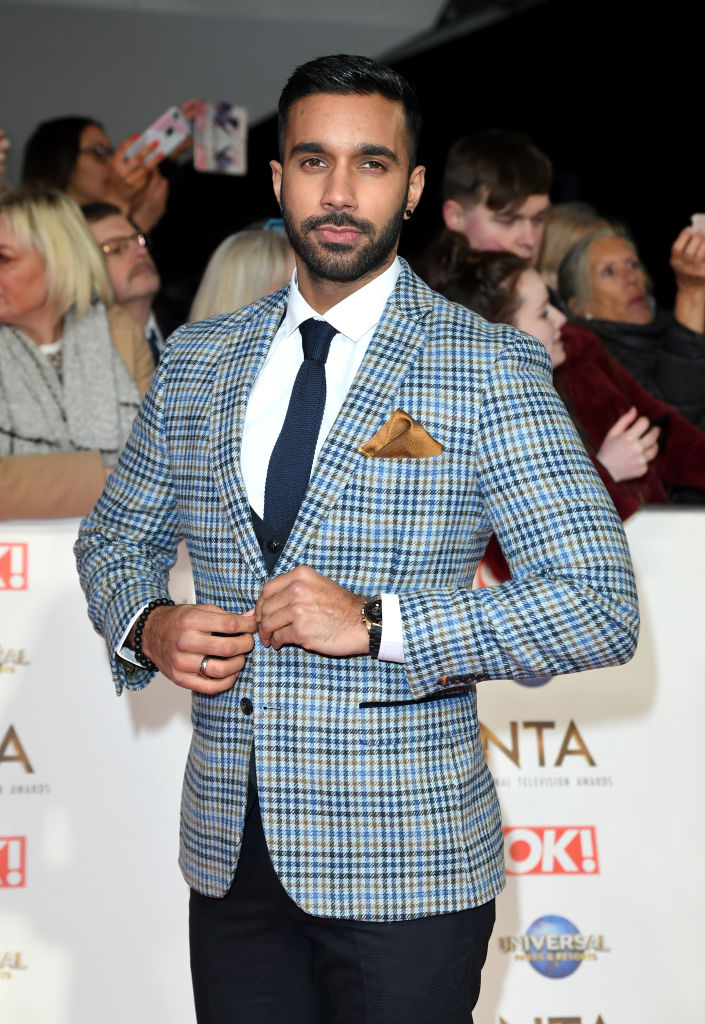 He also has a comfy Hybrid Rollo mattress, two house plants and a wire frame bedside table to match his colourful wall.

To celebrate 25 years of the Hollyoaks, Rishi, Gary Lucy (Luke Morgan), Jorgie Porter (Theresa McQueen), Ruby O'Donnell (Peri Lomax) and Jeremy Edwards (Kurt Benson) are cooking up a storm for each other each day this week on Hollyoaks Does Come Dine with Me.

But instead of showing off his gorgeous home, Rishi is set to serve up his dinner on the much-loved set of the popular soap this Thursday.

Yesterday Gary hosted an American-themed evening, while tonight Jorgie will be treating the cast with a 90s Hip-Hop theme. 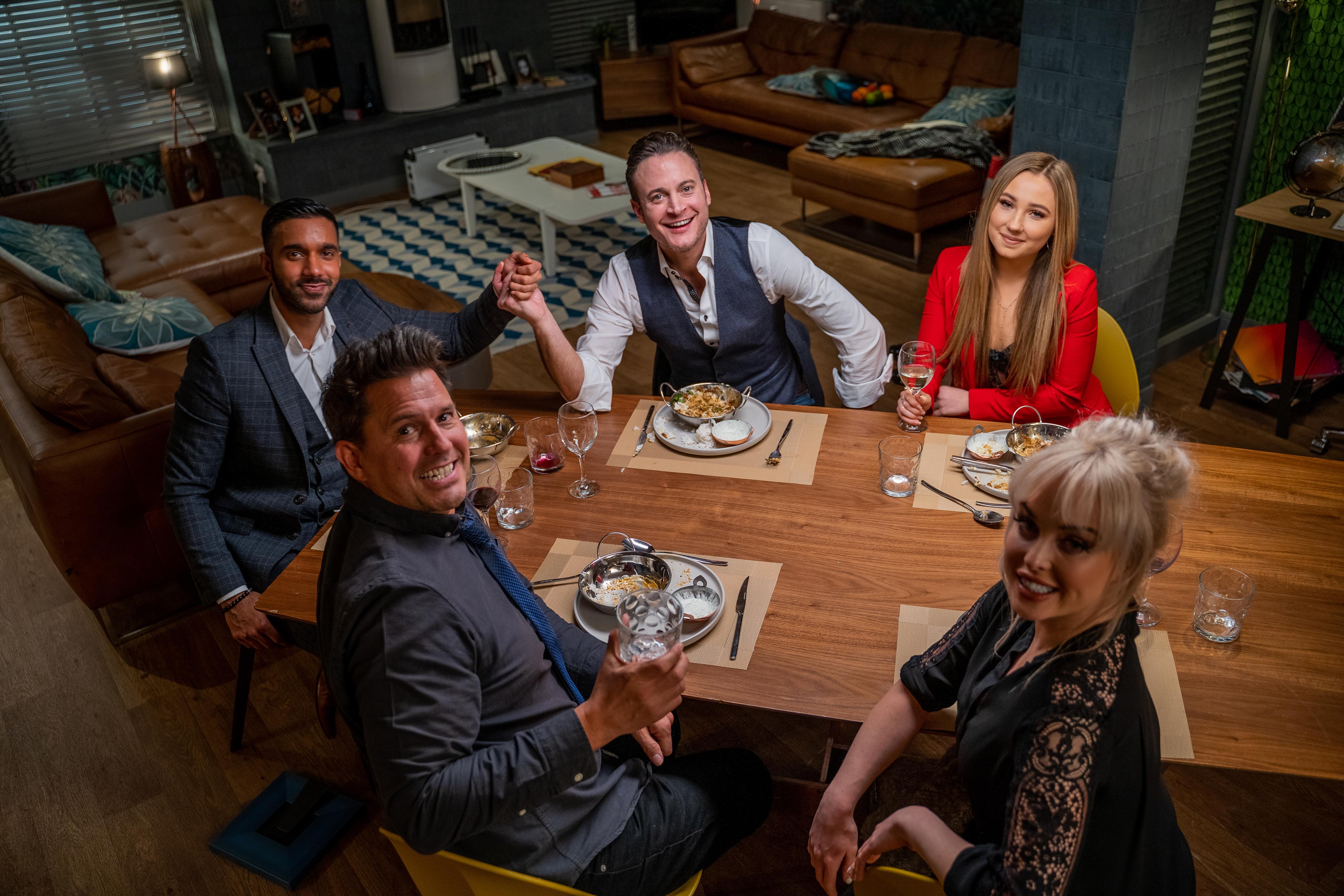 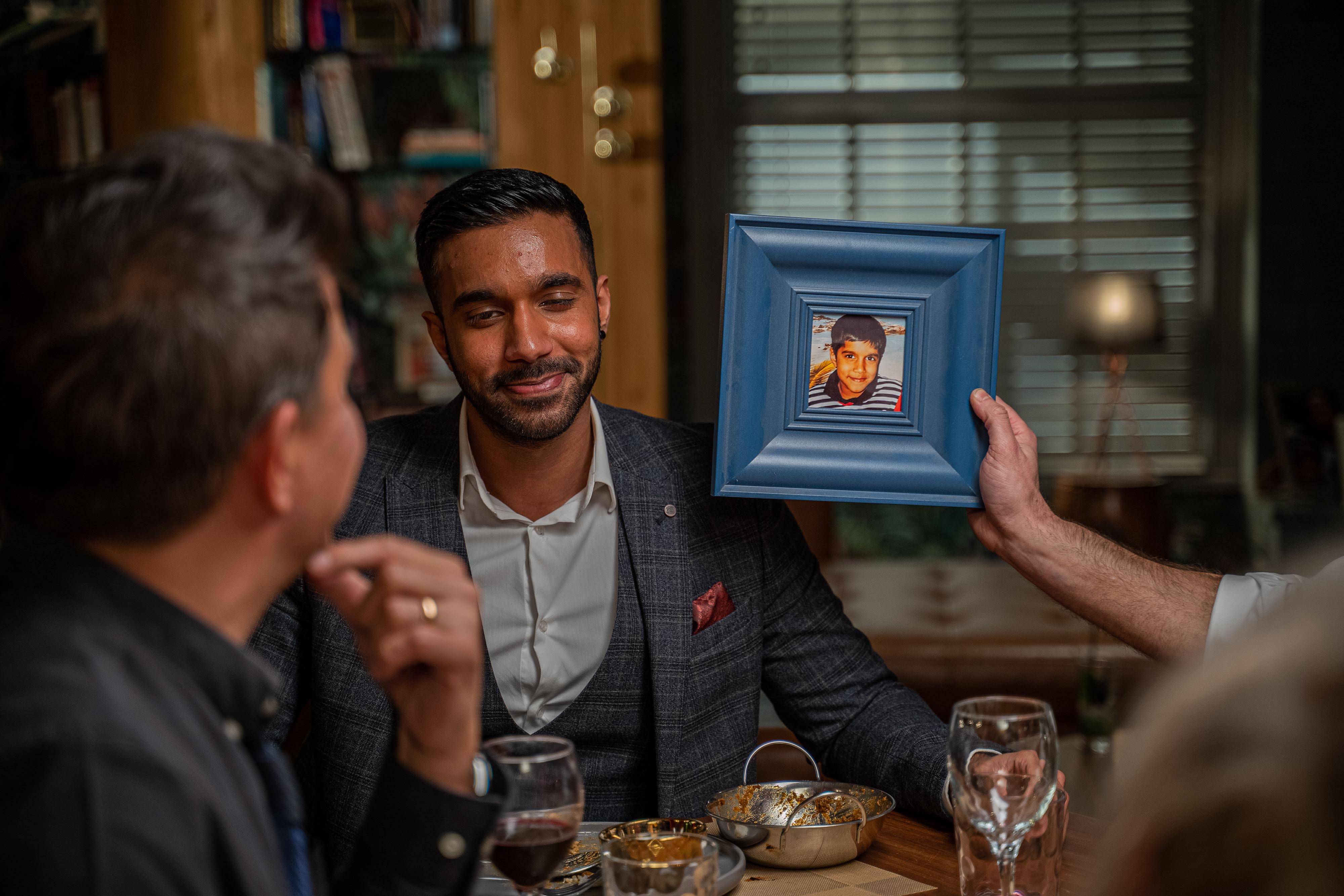 Ruby will try and win her fellow cast members over with an Irish pub extravaganza and the final night will be hosted by Jeremy to celebrate the show's 25th Anniversary celebration.

Jorgie – who recently returned to the village after four years – spoke out about how much fun she had filming for the special.

"That literally was very stressful for the production team and the person whose house it was! We got up to naughty things right at the end!

"But cooking for me is the most stressful thing in the world, so you're going to see me flap around. I hate cooking, it's the worst thing, so I wanted to just cry, really. But all the meals were so much fun, although I was literally exhausted.

"Jeremy Edwards was the most competitive, absolutely. His meal was incredible and we knew it was going to be.

"Mine was probably the worst, I'm not going to lie. I did try really hard. I asked, 'Can I just order mine in?' They said, 'No!' But you'll see it's funny, and I really enjoyed filming it. I didn't think we'd have that much fun but it was actually a good laugh."

Hollyoaks does Celebrity Come Dine With Me continues to air tonight on E4 at 7:30PM.