Netflix employees of all walks of life banded together on Wednesday for a rally and virtual walkout from the company’s Hollywood office. The event was organized in response to the streaming giant’s promotion of Dave Chappelle’s recent transphobic standup special “The Closer” and Netflix’s botched handling of the ensuing fallout. Employees participating in the visual walkout were expected to, per The Hollywood Reporter, “not do any work for Netflix and instead engage in content that does support the trans community and donate to charities. “

The company, led by co-CEOs Reed Hastings and Ted Sarandos, has been embroiled in controversy over the last two weeks, since the October 5 release of “The Closer,” which triples down on Chappelle’s long-standing fixation on ripping into the transgender community. The mess included embarrassing leaks of internal communications, temporary suspensions of trans employees who spoke out, and, in one case, the termination of a Black non-binary employee.

The very public lashing has been a PR nightmare for a company that has long touted its progressive values and resisted airing any and all dirty laundry in the public sphere.

The event kicked off with an in-person rally in support of Netflix’s trans employees and other allies participating in the walkout. Originally set to be held at the streamer’s Epic building on Sunset Boulevard, the event was moved to Netflix’s Vine Street location, in order to accommodate more participants (via The Hollywood Reporter).

Organized by trans activist Ashlee Marie Preston, the purpose of the event was to support Netflix employees as they presented their demands to Sarandos. “Artivists/Creators, grassroots organizers, public figures and supporters spanning multiple communities are coming together to underscore the importance of responsible content offerings that prioritize the safety and dignity of all marginalized communities,” Preston wrote on Instagram. “We aim to use this moment to shift the social ecology around what Netflix leadership deems ethical entertainment, while establishing policies and guidelines that protect employees and consumers, alike.” 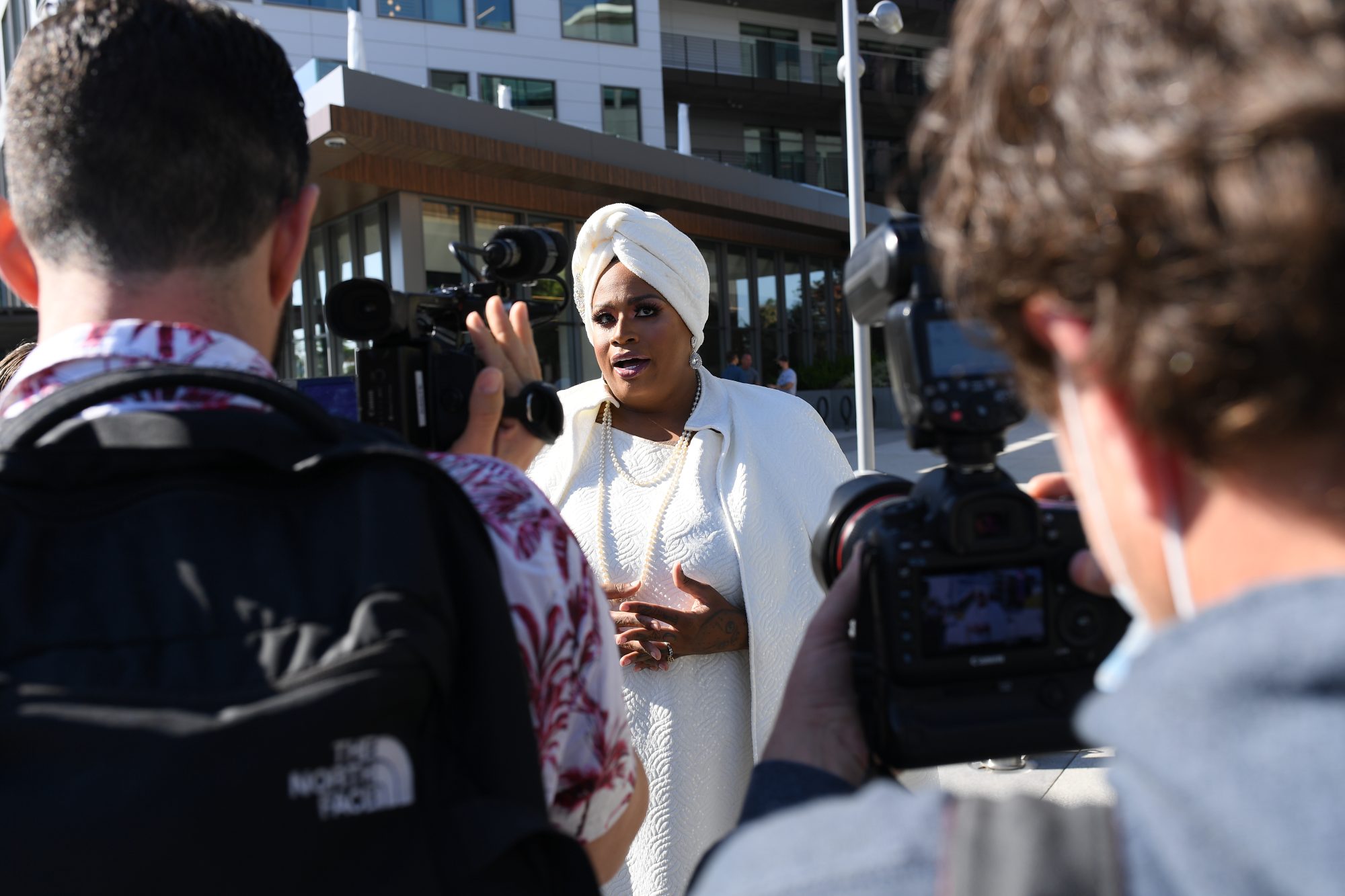 Preston and a number of other protesters were on the scene early, while counter-protestors also appeared, including those holding signs that proclaimed everything from the the merits of free speech to being a member of “Team TERF,” much like Chappelle himself.

In the lead-up to the rally and walkout, a number of celebrities, personalities, and other luminaries took to social media to share their support for the action under the #NetflixWalkout hashtag. Elliot Page wrote on Twitter that he “stand with the trans, nonbinary, and BIPOC employees at Netflix fighting for more and better trans stories and a more inclusive workplace.” Lilly Wachowski added, “If you’re not standing up for trans lives, you need to take a good look at who you ARE standing with.” Billy Eichner tweeted that he was “Sending my love and full support to all trans employees and their allies participating in the #NetflixWalkout today.”

The night before the planned action, Sarandos acknowledged his mishandling of the situation in an interview with Variety. “I screwed up that internal communication,” he said. “I should have led with a lot more humanity. Meaning, I had a group of employees who were definitely feeling pain and hurt from a decision we made. And I think that needs to be acknowledged.”

The email in question was leaked to the press on October 8, and opened with a brief remark about “colleagues hurting” before diving into a defense of Chappelle. “Chappelle is one of the most popular stand-up comedians today, and we have a long standing deal with him,” wrote Sarandos. “His last special, ‘Sticks & Stones,’ also controversial, is our most watched, stickiest, and most award winning stand-up special to date.” 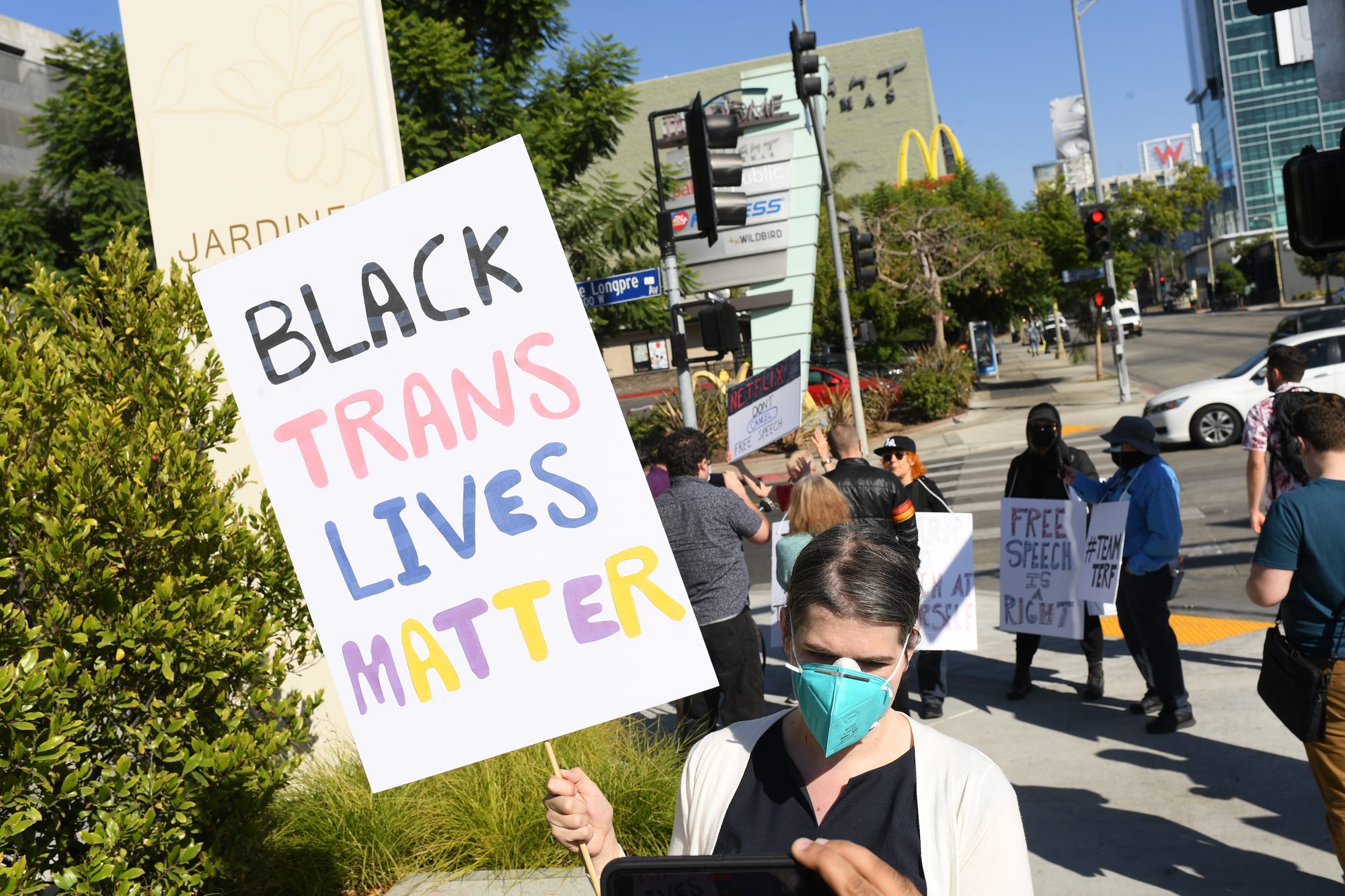 Protesters at the October 20 event

He went on to argue that he doesn’t believe “The Closer” crosses the line into hate speech, adding an explainer of comedy that many found patronizing, defensive, and woefully out of touch: “Distinguishing between commentary and harm is hard, especially with stand-up comedy which exists to push boundaries.”

Doubling down on its damage control efforts, Netflix released a statement supporting the walkout ahead of Wednesday’s rally. “We value our trans colleagues and allies, and understand the deep hurt that’s been caused,” a Netflix spokesperson told Deadline. “We respect the decision of any employee who chooses to walk out, and recognize we have much more work to do both within Netflix and in our content.”

On Wednesday, Netflix’s Trans Employee Research Group (ERG) presented its list of demands to the company, with the aim of “avoid[ing] future instances of platforming transphobia and hate speech, and to account for the harm we have caused and will continue to cause until the below measures are put in place.” The demands fall into three major categories: Content investment, employee relations and safety, and harm reduction.

Content investment includes a demand that the company create a new fund specifically for developing trans and non-binary talent above and below the line, separate and in addition to the existing Creative Equity Fund. This section also includes calls for revisions to internal processes regarding potentially harmful content, stipulations for marketing and promotion around trans-related content, and a push to hire more trans and non-binary content executives in leadership positions. 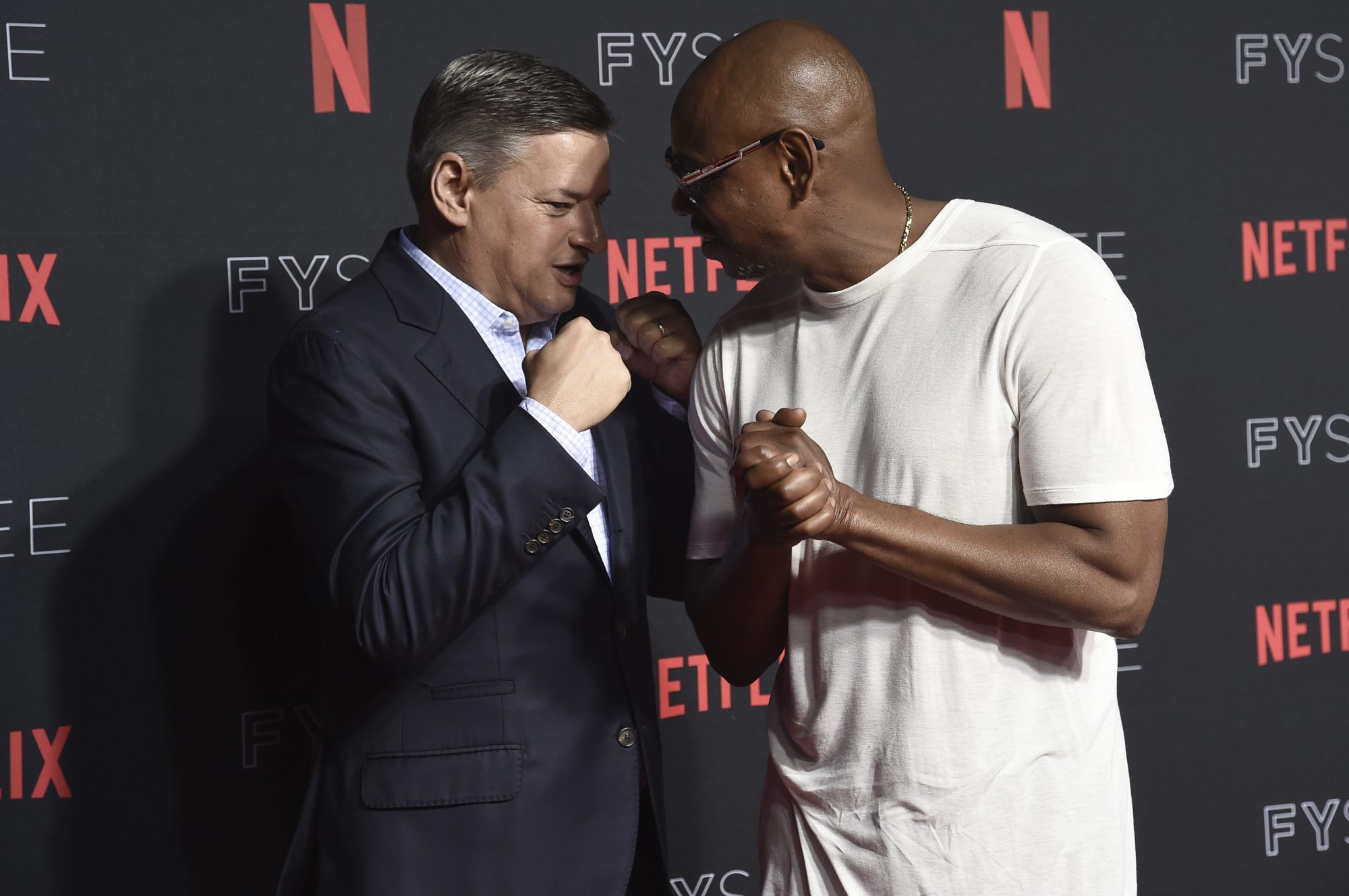 When asked about the demand for a trans-specific fund, Sarandos pointed to the existing structures in place. “We have a creative equity fund that we’ve heavily invested in exactly the things I believe they are asking about,” he told Variety. “We have and continue to invest enormous amounts of content dollars in LGBTQ+ stories for the world and giving them a global platform. Specifically, trans and non-binary content as well. That’s obviously continued strong, and I think we’ll continue on that path.”

Demands around employee relations and safety includes a push for recruitment of trans and non-binary employees, particularly people of color; as well as allowing employees to remove themselves from promotional content.

This is likely a reference to B. Pagels-Minor, a former program manager at Netflix who was fired by Netflix for “sharing confidential, commercially sensitive information outside the company.” That leak included budget information and internal metrics for the Chappelle specials.

Pagels-Minor, a Black trans person who is 33 weeks pregnant, confirmed they were the fired employee but denied leaking the documents in a Tuesday interview with The New York Times. Pagels-Minor was a leader of two affinity groups at Netflix, one for Black employees and one for trans employees. They also appear in promotional videos promoting diversity at Netflix, including “Netflix Employees Celebrating Pride” and “Netflix Employees Explain What Being Black Means to Them.”

As for addressing harm reduction, the Trans Netflix group requests acknowledgment of the harm caused by Netflix content to trans people, particularly the Black trans community. It also wants disclaimers before relevant titles flagging transphobic language, misogyny, homophobia, and hate speech, as well as promotion for trans-affirming content such as the Laverne Cox-produced documentary “Disclosure.”