Tonight’s instalment of A League of Their Own sees hosts Jamie, Romesh, Freddie Flintoff and Rob Beckett take on a BMX challenge. However, it ends in disaster when Romesh falls of his bike and crashes, leaving him with an injury. In a preview clip, Jamie can be seen trying to reassure his co-star but his sympathy isn’t appreciated as Romesh begs bosses to have him removed.

Jamie and Romesh are first up to race against each other as they cycle around a BMX track.

Romesh quickly takes the lead and it looks as thought he could beat Jamie to the finish line.

However the former footballer doesn’t give up easily as he starts to put the pressure on Romesh as they go over several bumps.

Their co-stars Freddie and Rob can be heard cheering on Romesh before noting: “Jamie won’t like it.” 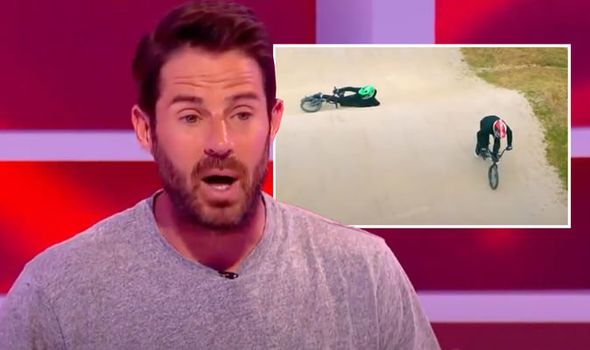 As Romesh falls behind Jamie, Rob encourages: “Come on Romesh, pedal, you can do it.”

But disaster hits when Romesh falls from their view and he crashes the BMX going over a bump in the track.

“Romesh has gone, I can’t see him,” Freddie can be heard exclaiming.

Jamie stops to check on his colleague as the trainer rushes over asking: “Are you okay? Just stay there, the medic is coming.” 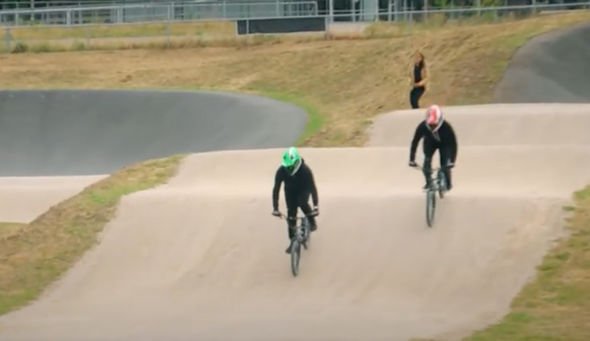 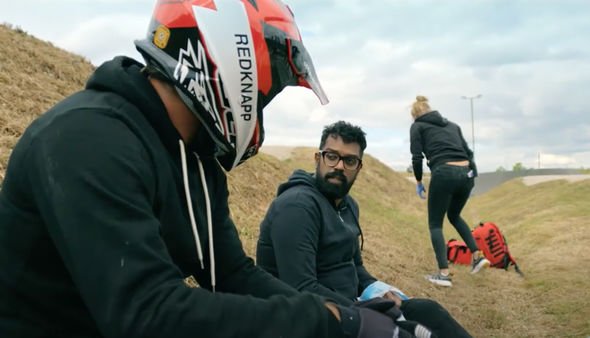 As the medic arrives, Jamie asks Romesh: “Do you want ET to fix it?” which refers to a segment earlier in the episode.

He then holds out his finger like ET to try and cheer up Romesh but it’s clearly not appreciated.

“P**s off!” Romesh tells him but Jamie continues to hold out his finger as he laughs: “Ouch! Ouch!”

Later, as Romesh’s hands and wrists are checked over, Jamie continues to tease his co-star.

He asks: “What about if I ask that you come on the back with me? Like I could put you in the basket like ET did?”

Again, clearly not impressed with Jamie’s taunts, Romesh asks bosses if he can be taken away from him.

“Is there any way we can have Jamie removed from this scene please?” Romesh begs.

It’s not the only awkward moment from tonight’s episode as guest Andy Murray reveals his wife has a crush on Jamie.

“My wife unfortunately has a crush on him,” Andy begins, pointing at Jamie. “Which kills me.”

But Jamie reveals they live on the same street and he’s never actually spoke to Andy’s wife Kim.

“We live on the same road and I always see her with the pram and the dog and I give her a little, ‘Hey’” Jamie replied, pretending to wave. “And, nothing.”

Andy hits back: “I hope that’s all you give her!”