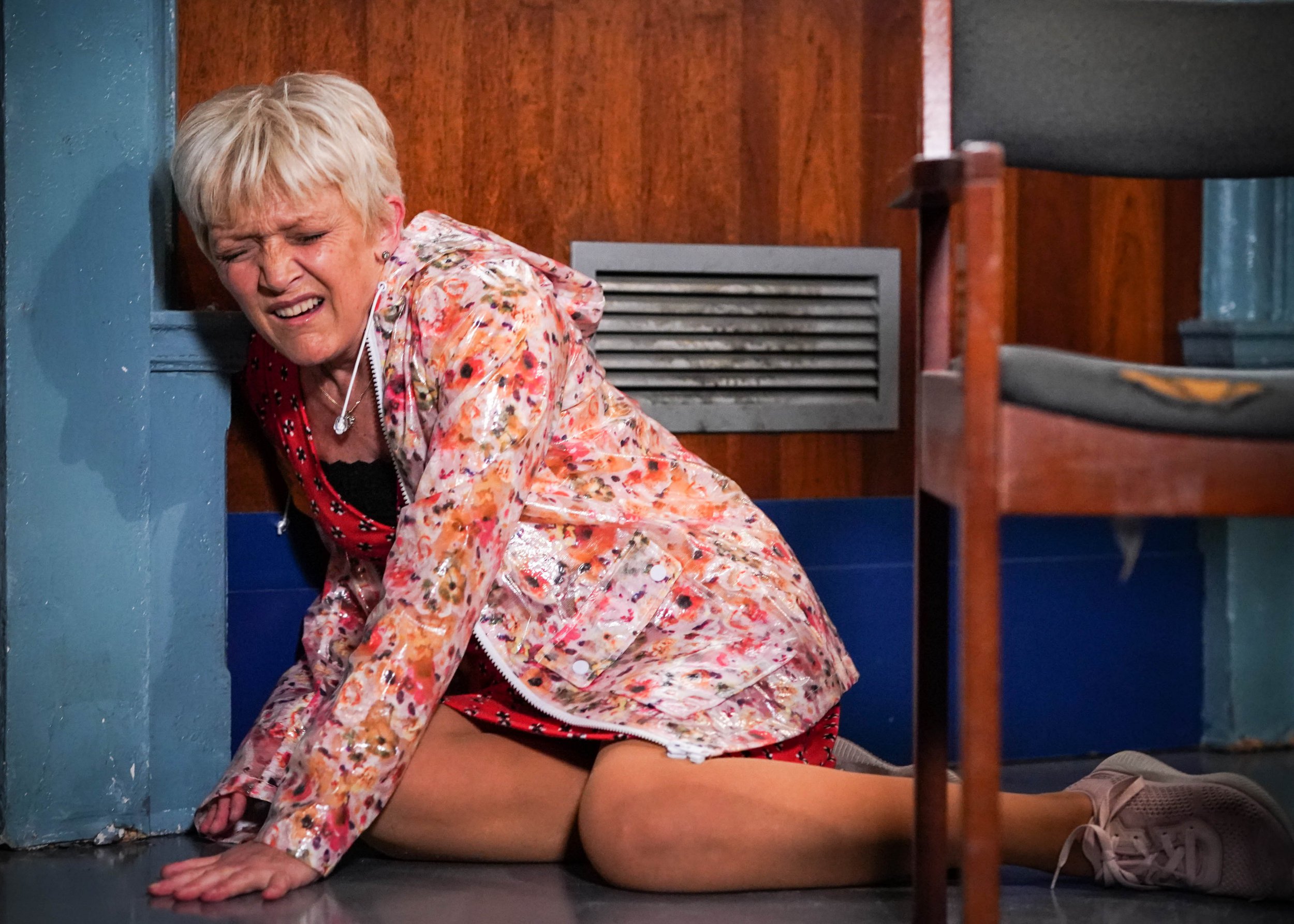 Jean Slater (Gillian Wright) will be left with little choice but to admit a secret when she collapses in upcoming EastEnders scenes.

The icon found herself being carted off by the police during Monday’s (September 13) outing of the BBC One soap.

The police showed up in the launderette, which left her confused, as she thought they’d be looking to speak to Shirley in relation to the fire.

However, this was not the case. They had been tipped off about the drugs in her garage, something which viewers know is down to Ruby Allen (Louisa Lytton).

Ruby reported Jean to the police in the hopes of stopping her from telling Martin Fowler (James Bye) the truth about her role in Stacey’s (Lacey Turner) imprisonment.

Tuesday’s (September 14) episode will see Jean livid, as she’s interrogated by the police.

However, things take a rather shocking turn, as she collapses!

Her sudden collapse leaves her with little choice but to admit a secret, before demanding that the coppers take her to the hospital.

Has Jean revealed that she think she is battling cancer?

And if so, will she at last find out if she really has got cancer?

EastEnders airs these scenes Tuesday September 14 at 7:30pm on BBC One.