WHO Wants to be a Millionaire host Jeremy Clarkson called a contestant’s friend “useless” after he failed to answer a question about Tenable.

Saturday's contestant Arjit was stuck on his £2,000 question about who hosts a gameshow where teams of five name items in top ten lists. 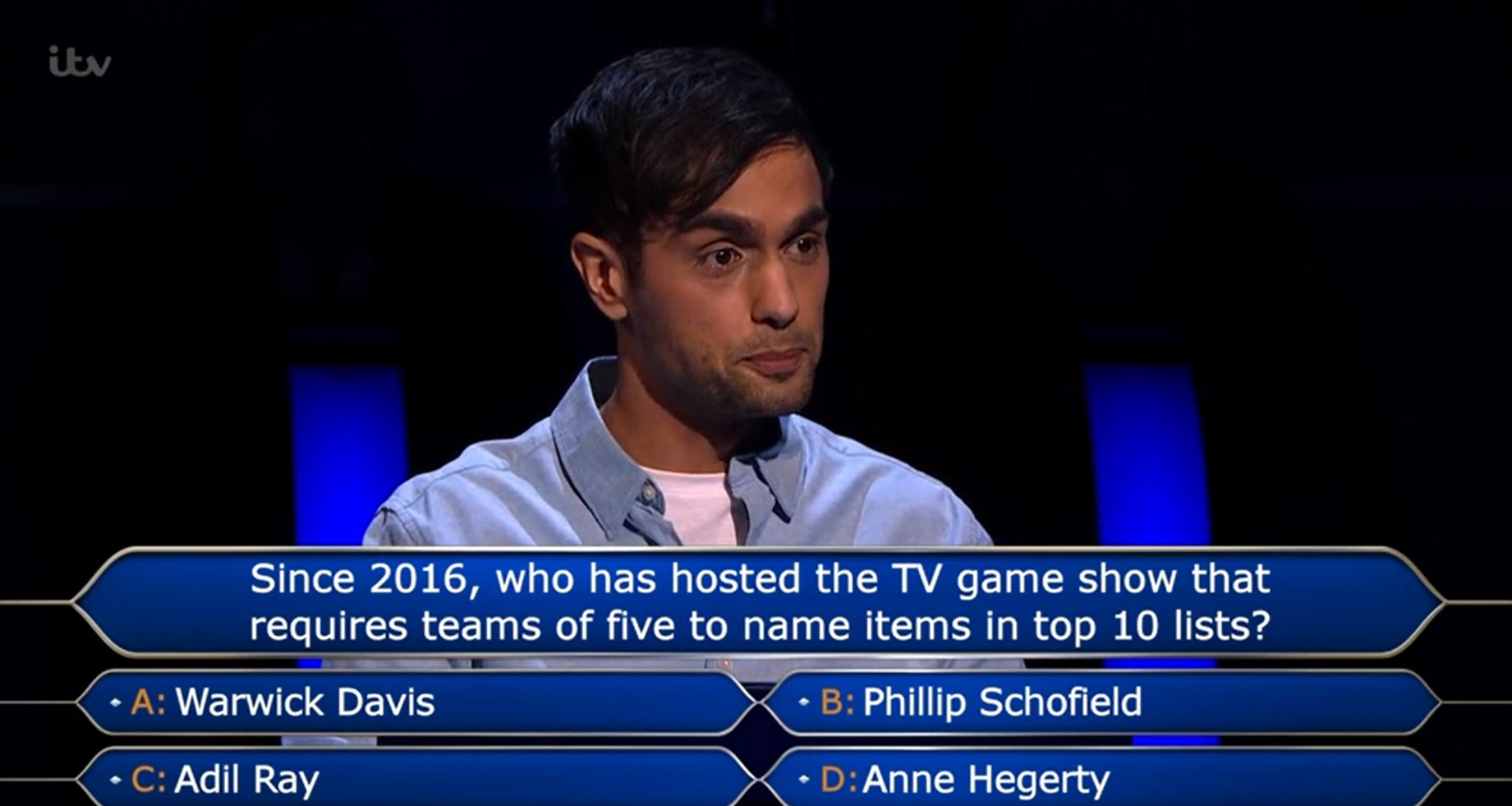 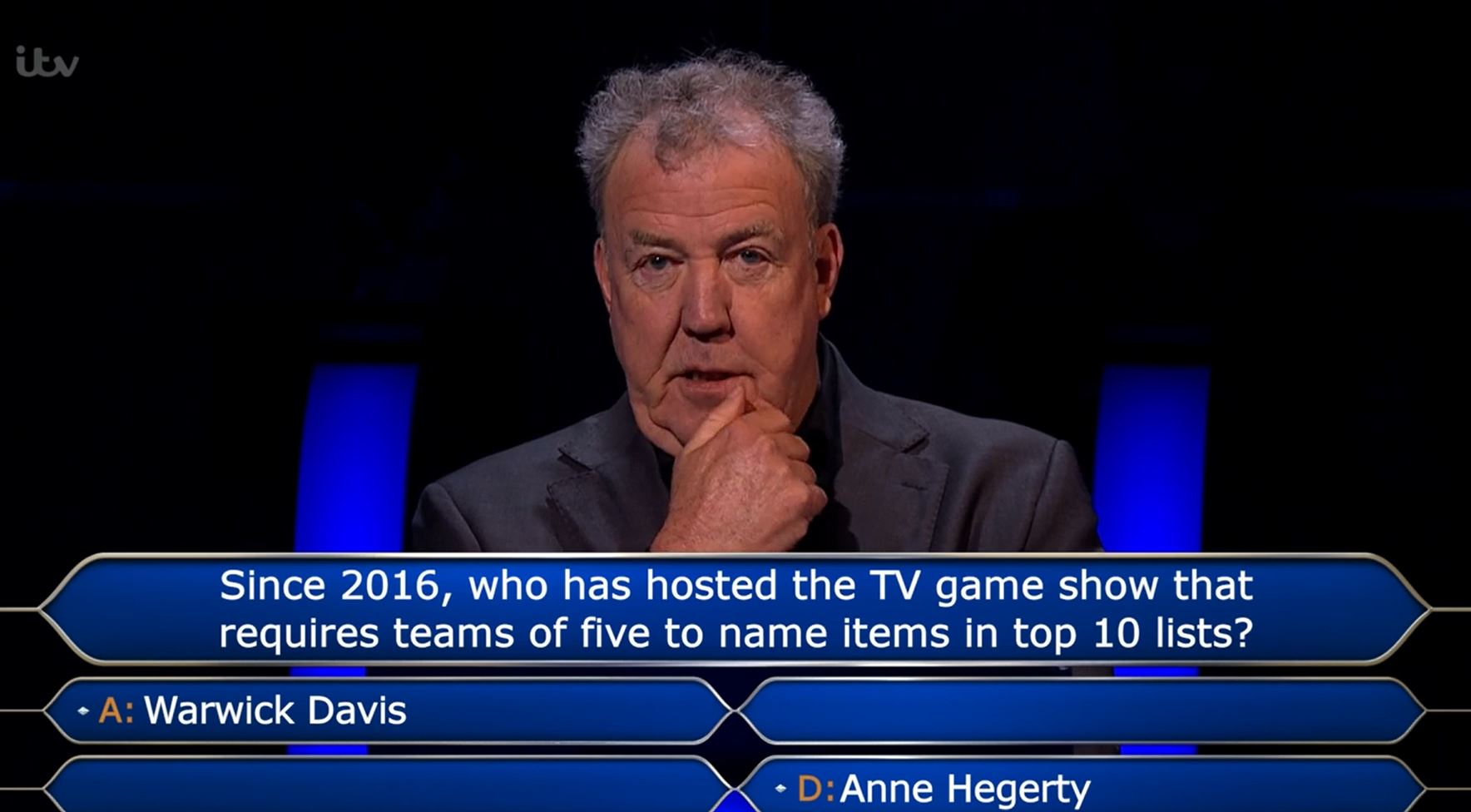 Many viewers knew it was Tenable hosted by Warwick Davis, but Jeremy wasn't able to help out tonight's first player.

When Arjit used his Ask The Host lifeline, Jeremy said he had never heard of Adil Ray or Anne Hegerty.

Jeremy said: "I can't even think what the gameshow is" and wrongly thought it was Family Fortunes.

The Phone a Friend lifeline suggested the wrong answer as they thought it was Phillip Schofield.

But then Arjit used his 50/50 lifeline which ruled out Phillip and prompted Jeremy to call his friend "useless."

The second Phone a Friend leaned towards Warwick which Arjit went for and won £2000.

When he asked Jeremy what the gameshow was called, Jeremy informed him it was Tenable and shrugged like he had never heard of it.

One said: "I'm screaming Warwick Davis at the screen omg."

A second wrote: "It's Tenable, presented by Warwick Davis. And I don't even watch it."

Another penned: "No way is he using all of his lifelines for Warwick Davis. Tenable is not that unheard of???"

Unfortunately, Arjit got his next question wrong and went home with £1000.

Who Wants To Be A Millionaire is available to stream on ITV Hub.