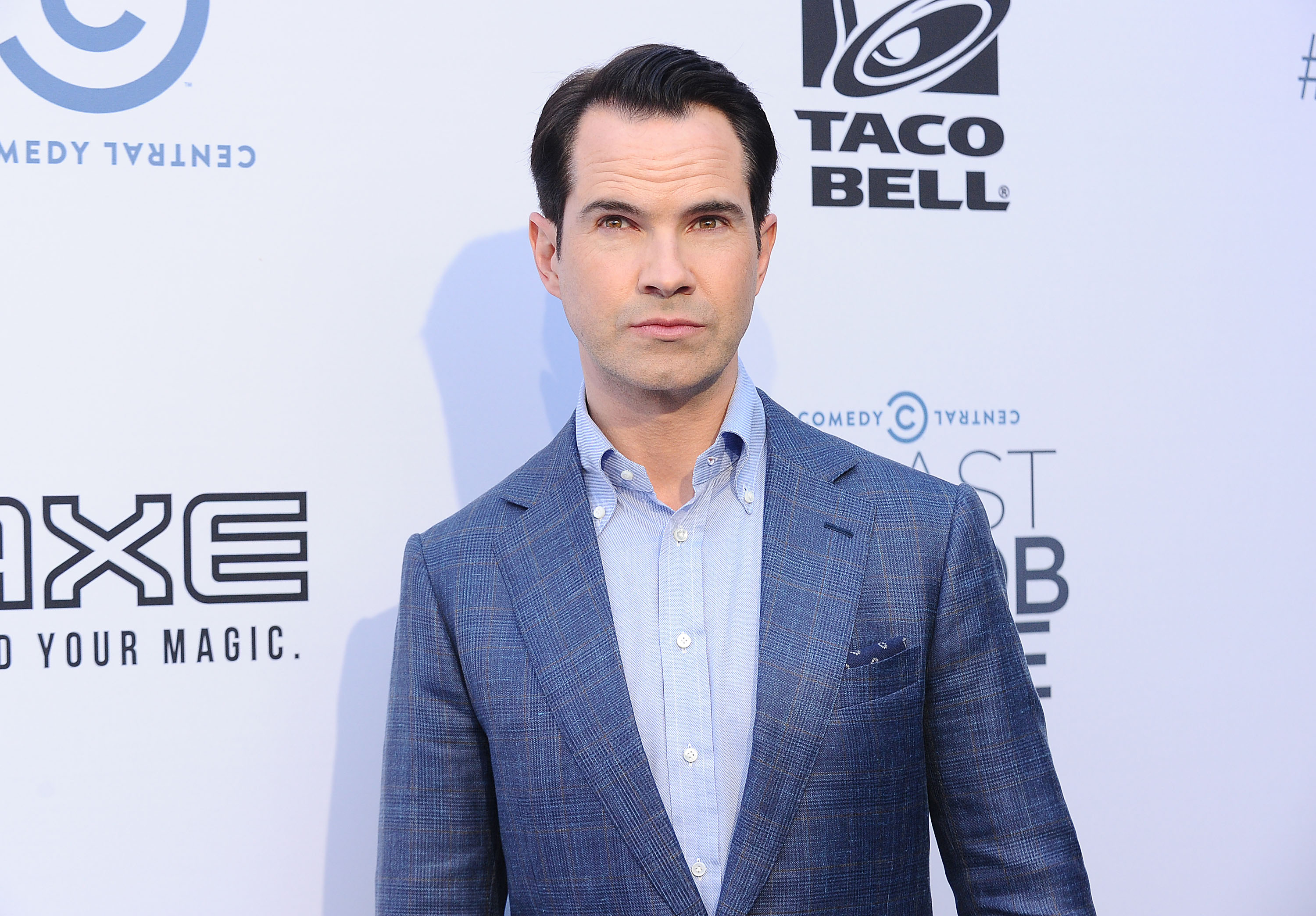 Jimmy Carr has slammed cancel culture in a new documentary, calling it the modern equivalent of book burning.

The comedian appeared in the new Channel 4 programme Cancelled, hosted by Richard Bacon. The show takes a look at how lives and reputations can be changed overnight on social media, while also contemplating the nature of free speech.

Jimmy was asked whether there were jokes he wrote 15 years ago that he would no longer perform, or whether the threat of cancel culture had changed the way he writes comedy during the programme.

‘I think [cancel culture] is the new book burning,’ he said, discussing the issue. ‘Cancelling someone on Twitter now is the new burning their book.

‘It’s [the same as] someone with a Beatles record when John Lennon said “We’re more popular than Jesus” and they’re burning Beatles records. And I imagine now those people feel like p*****,’ he added.

‘It breaks the golden rule, which is treat other people how you want to be treated, because we all f*** up.’

Speaking about writing comedy in 2021, Jimmy went on to say: ‘When you’re doing a try out show, when you’re testing things out for the first time, you’re a little bit nervous.

‘It’s no use me getting a sharp intake of breath onstage. That’s nothing. It’s no good offending people. I’m there to make them laugh. If it doesn’t make them laugh first, it’s gone.

He went on to say about his comedy: ‘I often say this: my show contains jokes about terrible things. Terrible things that may have affected you and the people you love. But these are just jokes, they’re not the terrible things.

‘There has always been shunning, and people being thrown out into the wilderness, and that’s still happening. How we do that now is on social media. We say, “This guy’s cancelled” or “He can’t be in that pop band anymore because he did a thing”.’

It’s not the first time that comedian Jimmy has spoken about cancel culture. The 49-year-old funnyman previously admitted the thought of getting cancelled doesn’t faze him one bit.

During his appearance on Australian morning show Today, host Karl Stefanovic expressed his surprise that the comedian hasn’t been cancelled due to his edgy sense of humour.

Jimmy said: ‘I am super relaxed about being cancelled.’

‘The joke that cancels me is out there already. It is on YouTube somewhere and it is perfectly acceptable until one day it isn’t.’

He added: ’There is not a damn thing I can do about it. Let the cards fall where they may.’