Netflix’s new show, Jupiter’s Legacy, stars Leslie Bibb as Grace Sampson, aka Lady Liberty —  a mom and wife with superhuman abilities. The role is unlike anything the actor has done previously. But before landing the part, Bibb believed she had already missed her “window” to play a superhero. 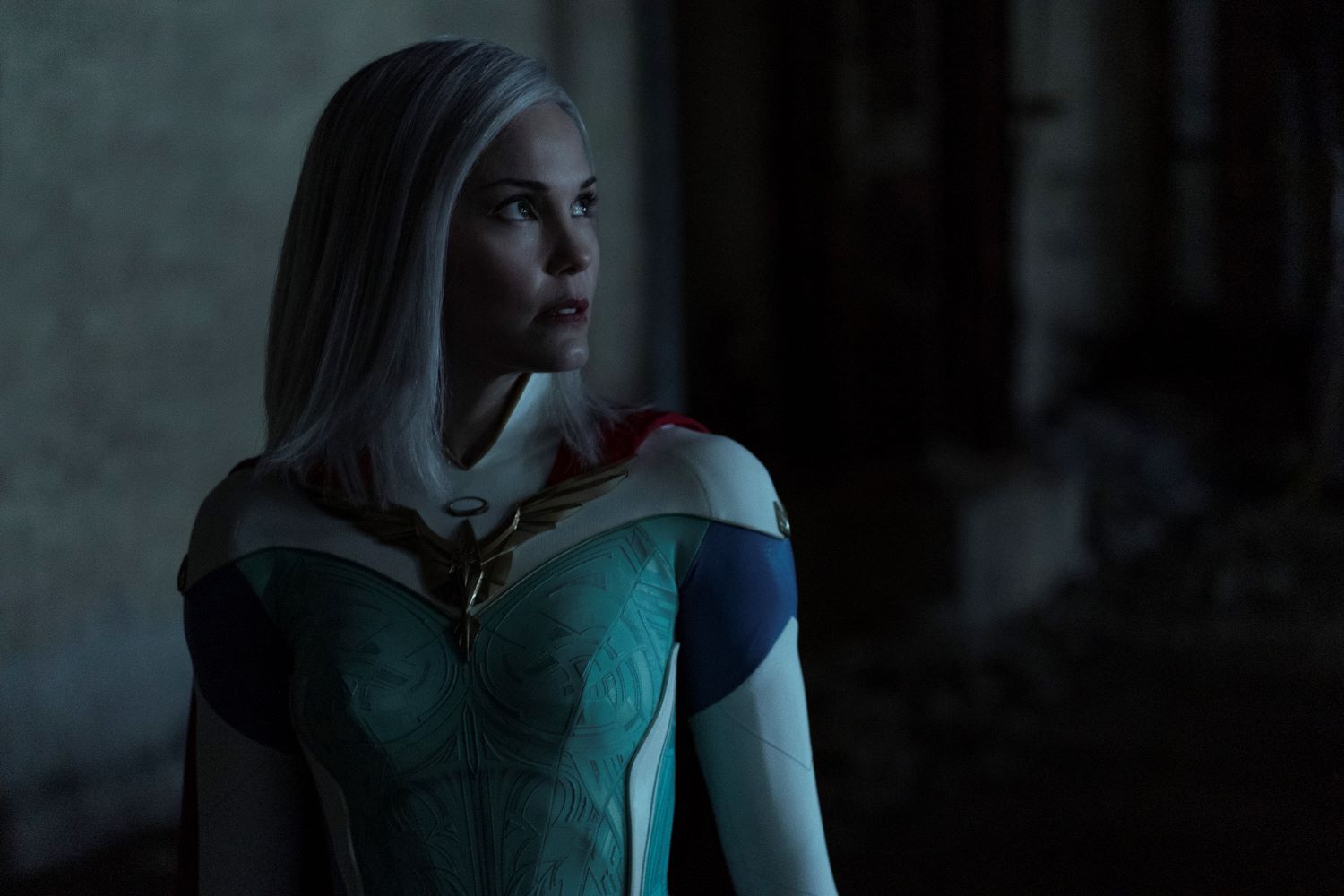 Bibb started her career in 1996 with small roles on shows like Home Improvement and Pacific Blue. Over her 25-year career, she’s appeared in several popular series, including Popular, ER, Crossing Jordan, GCB, and American Housewife.

Bibb has also been featured in dozens of films. Some of her recent movie credits include Tag, The Lost Husband, and The Babysitter: Killer Queen.

While Jupiter’s Legacy may be Bibb’s first superhero role, it isn’t her first superhero project. In 2008 and 2010, she portrayed reporter Christine Everhart in Marvel’s Ironman and Ironman 2.

In Jupiter’s Legacy, which is based on the comic book series by showrunner Mark Millar, Bibb plays Grace Sampson, aka Lady Liberty. She is the superhero wife of The Utopian, Sheldon Sampson (Josh Duhamel), and a founding member of The Union.

Grace can fly and sense when someone is lying. And with her super sight, speed, and strength, and sight,  she is considered one of the most powerful superheroes in the world.

But along with being a wife and hero, Grace is also a mom. Her two children, Chloe (Elena Kampouris) and Brandon (Andrew Horton), are superhumans who are slated to take over their parents’ legacy.

When talking to Den of Geek, Bibb revealed that along with the fun action sequences, the thing that really drew her to the role was its heart and emotion.

“I like just getting to kick a** and all that, because it’s fun, but there has to be a story to it, otherwise who gives a sh*t and who’s going to come back if there’s not something that pulls you in to it?” Bibb said. “I remember when I read the first couple of scripts thinking, ‘Hmm, I’ve never read this sort of take on a superhero show.’”

“I mean, there was the family dynamic — it felt Shakespearean a little bit and it felt like a family drama,” she added. “And then there was the aspect of all of us in the beginning of the story, in the 1920s, where it felt like Mad Men meets Justice League or something.”

With hit projects like Confessions of a Shopaholic and ER  under her belt, Bibb has had an impressive TV and film career. But the Jupiter’s Legacy star admitted that landing a superhero role like Lady Liberty wasn’t something she expected.

“Listen, I felt that maybe I’d missed that window to be a superhero,” Bibb said. “So to get to do it …  well, I feel really lucky and excited. And to be able to do it on this level, because Netflix really wanted to do it right, is amazing.”