Karl Stefanovic’s hiatus from commercial media will soon be interrupted – on Mondays at least.

The Gold Logie winner – an award claimed in the days when a Gold Logie might have meant a little more – will from Monday become a weekly contributor on Steve Price’s afternoon radio show on 2GB. 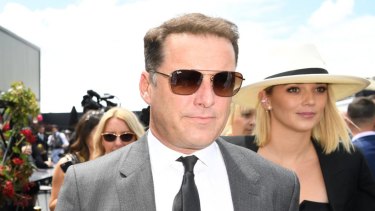 Stefanovic’s regular appearance was announced on Saturday by Price’s employer Macquarie Media, the owner of 2GB in Sydney and 4BC in Brisbane.

The scheduling of Stefanovic as Price’s regular Monday contributor potentially signals a return to the media mainstream for the former Today host.

Stefanovic was dumped from his breakfast role in December amid falling ratings and concerns that his very public marriage breakdown had proved a turn-off for viewers.

Still under contract to the Nine Network, the owner of this publication, Stefanovic has kept a low profile for the past six months after losing his Today job.

But he was seated at Nine’s top table at the Logies awards night, amid speculation he was set to reclaim more high-profile presenting work.

"It’s been about six months since I was on the telly and I needed to have a rest towards the end of last year, I was cooked," Stefanovic later told the Herald.

Macquarie Media, which is also majority owned by Nine, said "The Steve Price Show" would be broadcast from 12-3pm on weekdays.

Price has replaced Chris Smith as the station's afternoon broadcaster in a bid to attract younger and more diverse viewers.

As well as Stefanovic on Mondays, Price will be joined by other contributors including Erin Molan (Wednesdays), Deb Knight (Thursdays), Phil Gould (Fridays), and Rita Panahi and Mieke Buchan (daily.)

A television show presented by Stefanovic, This Time Next Year, is set to be broadcast soon on Nine. 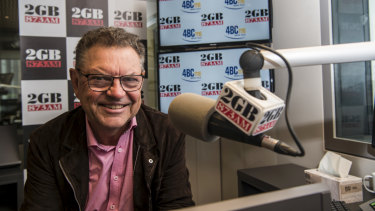 The chief executive of Macquarie Media, Adam Lang, said Price had presented the Nights program for the past seven years and achieved the rare feat of rating first in Sydney, Brisbane and Melbourne.

“We’ve seen how broad Steve Price’s appeal is – and now with 'The Steve Price Show' to air
from 12-3pm, a new audience can enjoy his down-to-earth style, from tradies on a worksite
to parents doing the school pickup," Lang said.