Ben Shephard shocked co-host Kate Garraway on Good Morning Britain as he pointed out something was missing from Jacqui Smith’s background as she joined the pair via video call. The ITV presenter remarked she was taking the call from a different location than usual and he was concerned viewers would complain about the “lack of jugs”.

Strictly Come Dancing Jacqui was questioned on entering the show’s quarantining bubble as he pointed out something was missing from her appearance on GMB.

Ben began: “I have to say your bubble looks very glamorous.

“We’re missing the jugs though, we don’t want people moaning about the lack of jugs.”

Stunned, Kate asked: “What? What are you talking about?” 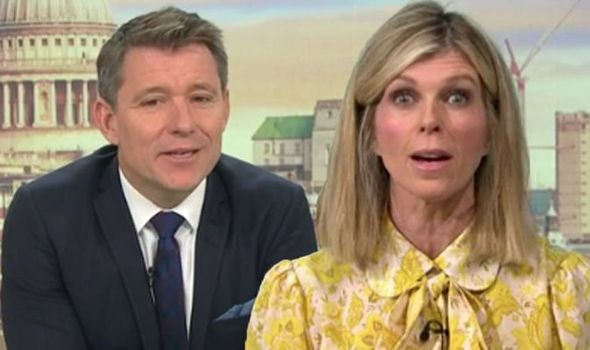 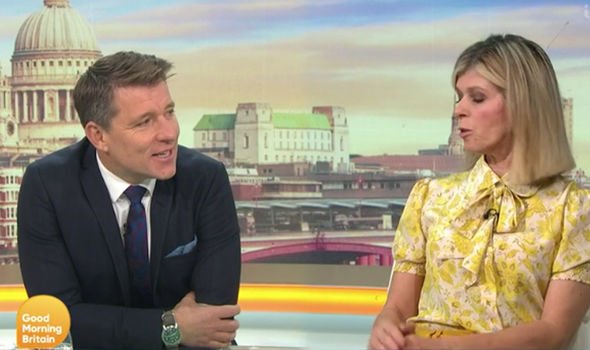 “Kate you know usually I have my jugs on display when I come on Good Morning Britain,” Jacqui explained.

“I’ve never noticed that,” Kate quipped. “I’m listening to what she has to say. I’m not staring at her jugs.”

Once the interview had come to an end, Ben said: “I can’t believe you never noticed Jacqui’s jugs.” 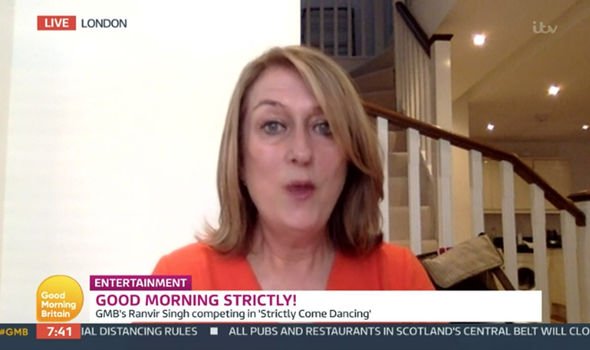 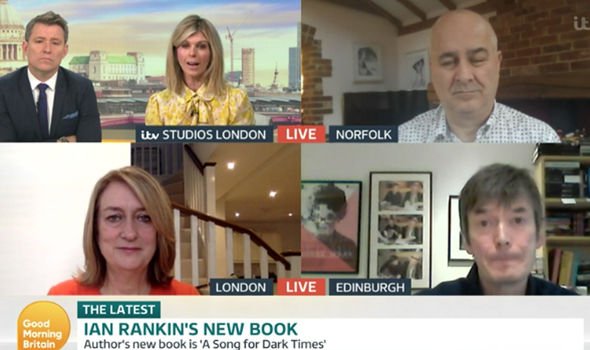 An image of Jacqui appearing on GMB on a different occasion flashed up on screen as Ben pointed out her crockery collection in the background.

Ben explained: “Every time she’s on she’s got a shelf of jugs.”

“Well I thought they were cups and saucers I didn’t know they were jugs,” Kate said.

“Literally that has been the theme of lockdown all the way through, Jacqui’s jugs,” Ben added.

Elsewhere, Ben and Kate quizzed Jacqui on her Strictly experience so far.

Jacqui explained: “HRVY is back, he came back yesterday. It’s brilliant we’re all really pleased about that.”

The former Home Secretary revealed she had begun training as she quipped: “Yesterday I did some dancing.”

A promotional picture of Jacqui wearing her glittery Strictly attire popped up on screen while the contestant was speaking.

“Look at you in your fabulous dress!” Kate exclaimed.

Good Morning Britain airs weekdays on ITV at 6am.