Strictly Come Dancing is getting ever nearer to its final week, as just five couples remain in the competition. Ahead of this weekend’s quarter final, Kelvin Fletcher is favourite to win the Glitterball Trophy, but Motsi Mabuse has seemingly been more generous with her scores to his nearest competitor, Karim Zeroual.

Former Emmerdale star Kelvin was drafted in as a last minute replacement for Made in Chelsea’s Jamie Laing after he suffered a foot injury in the first group routine of the series.

He was subsequently partnered up with Oti Mabuse after she was left without a celebrity partner when Jamie was forced to pull out.

The pair have proved popular with fans and judges, after they have knocked routines out the park week after week.

In week one, the pair danced a sizzling Samba which scored them 32 points, and sent them straight to the top of the leaderboard. 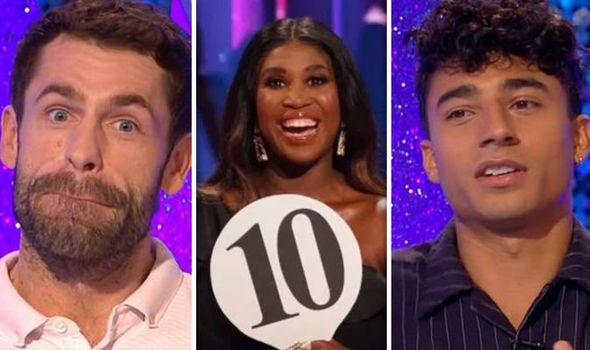 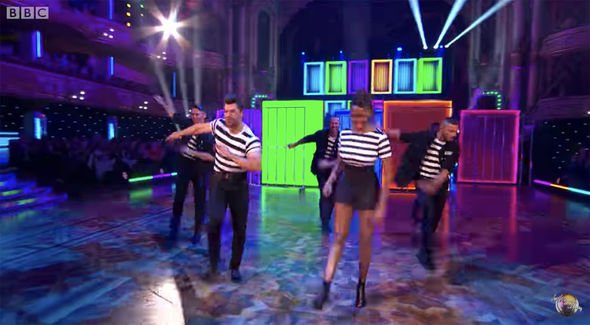 Some fans of the show have voiced their concerns throughout the series so far about Motsi as an addition on the judging panel.

Her sister Oti is appearing on the show with Kelvin, and viewers have wondered if it is fair she is judging her family member.

“#Strictly Motsi has shown nothing but favouritism towards her sister and Kelvin right from the start,” said one viewer.

Another wrote: “Absolutely poor. Kelvin and Oti will win because Judges are biased especially Craig and Motsi, who voted for her sister. #Strictly.”

A third added: “Anyone else noticed that when Motsi gives her comments to the couples, she doesn’t really address the pro, just the celeb. But when it’s Kelvin and Oti it turns into “you guys”… #StrictlyComeDancing.” 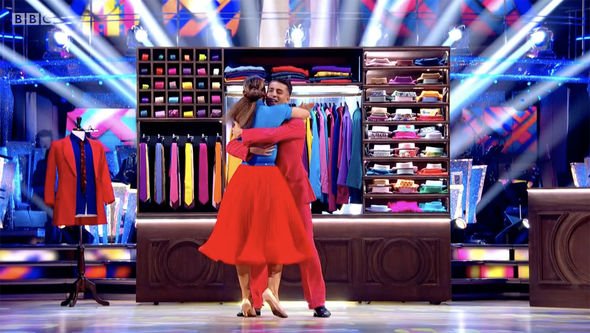 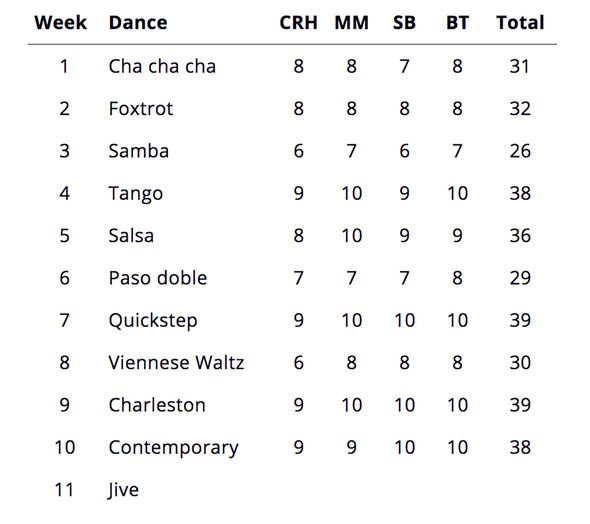 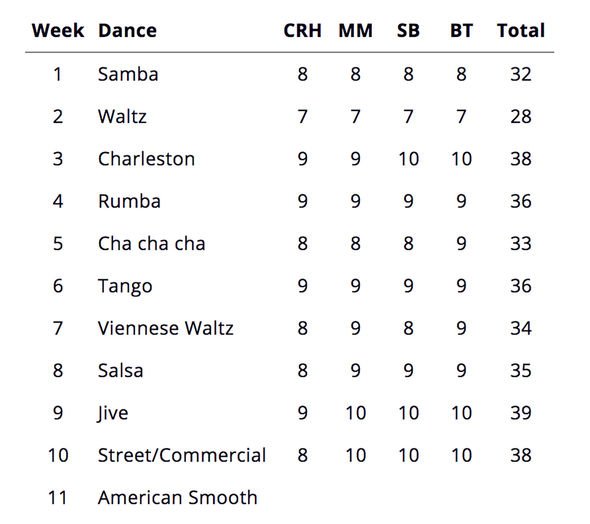 However, some more eagle-eyed fans had noted Motsi did not award Kelvin and Oti their first 10 from her until their Jive in Blackpool, where they totalled 39 points – their highest score to date.

One viewer commented on Twitter: “People starting with the ‘kelvin getting overmarked because oti is motsi’s sister’ malarky.. but im pretty sure she herself has only been giving them a 10 since last week, so thats rubbish #strictly

Another said: “Motsi can’t mark kelvin high or everyone will whinge it’s a fix  #strictly.”

Referring to a previous routine, another fan wrote: “Motsi was in tears giving her score then (for Kelvin and Oti). You think she wanted to give them a 10 but couldn’t? #Strictly #StrictlyComeDancing.”

As the show enters its quarter finals week, Motsi appears to be scoring another contestant higher, in the form of Karim Zeroual.

Motsi has awarded the CBBC presenter four tens, in comparison to Kelvin’s two, and has often awarded higher scores than her fellow judges to Karim.

She previously told Karim he was “the one to beat in the competition” even after he received some harsh criticism from others on the panel for his Viennese Waltz routine.

Motsi was the only judge to give Karim ten points when he danced his Salsa in week five, and has given him four tens in total throughout the series, awarding him a ten for his Tango back in week four.

On the other hand, Motsi has only awarded Kelvin and Oti two tens so far, in the last two weeks of the competition.

He’s not the only celebrity that received a ten from the South African judge before Kelvin, as she also awarded Michelle Visage a ten back in Halloween week, after they Addam’s Family inspired Foxtrot.

Karim is second in line to win the trophy this year, as bookmakers odds have had him and Kelvin near enough neck and neck to emerge victorious.

Could Motsi’s higher scores towards Karim cost Kelvin the win even though he remains the favourite to walk away with the trophy this series?

Strictly Come Dancing returns this Saturday at 7.10pm on BBC One.

Newsreader Natasha Kaplinsky was the first celebrity to win the BBC dancing series, which originally aired in July of 2004. She was partnered with Brendan Cole. They finished 39 points ahead of competitor Christopher Parker.

Jill Halfpenny was the second star to impress the judges with her dancing skills. Partnered with Darren Bennett, the pair beat off competition from Julian Clary and Denise Lewis in December of 2004.

Cricketer Darren Gough won the third series of Strictly. He and partner Lilia Kopylova wowed audiences but never once finished at the top of the leaderboard.

Mark Ramprakash was the fourth star to lift the Glitterball Trophy. He was partnered with Karen Hardy and they were the first couple to restart a routine after their initial attempt saw Mark’s mic get caught in Karen’s dress.

Before becoming a Strictly judge, Alesha Dixon won the nation’s hearts and the Glitterball Trophy during the fifth series. She was partnered with professional dancer Matthew Cutler.

Holby City star Tom Chambers was partnered with Camilla Dallerup when he won the sixth series. He performed the Foxtrot and Salsa in the final week.

BBC Breakfast presenter Chris Hollins and his professional partner Ola Jordan surprised viewers when they beat Ricky Whittle and his partner Natalie Lowe in the final. They wowed with the Foxtrot, Charleston, Lindy Hop and Showdance.

Kara Tointon was the eighth celebrity to win Strictly. She danced with Artem Chigvintsev and failed to receive 40 points throughout her time on the show.

Former McFly star Harry Judd was the ninth star to lift the Glitterball Trophy. He didn’t top the leaderboard until week seven but then scored 40 points twice in the final.

The tenth series of the BBC show was won by Olympian Louis Smith. He danced his way to victory with professional partner Flavia Cacace. He faced competition from Kimberley Walsh, Denise Van Outen and Danni Harmer in the series finale.

Love Island host Caroline Flack took to the dance floor in series 12 where she scooped the Glitterball Trophy with Pasha Kovalev.

Jay McGuiness surprised viewers when he won the thirteenth series of the BBC dancing competition with Aliona Vilani. When he learned he’d won, he told host Tess Daly: “I feel spaced out – it’s really weird.”

The sports presenter broke down in tears after beating Danny Mac and Louise Redknapp.

Documentary-maker Stacey fought off competition to make it to the Grand Final of Strictly Come Dancing with professional dance partner Kevin Clifton last year. When they won, Kevin described her as “the most wonderful person”.