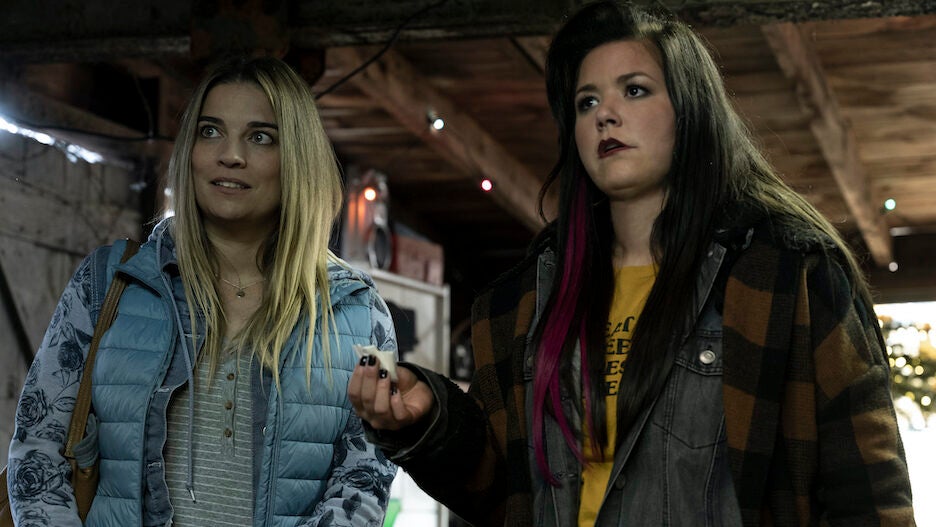 (Warning: This post contains spoilers for Sunday’s episode of “Kevin Can F**k Himself.”)

“Kevin Can F**k Himself” viewers have known for weeks that Allison McRoberts (Annie Murphy) ain’t f***ing around anymore and following Sunday’s episode of the AMC series, her neighbor Patty (Mary Hollis Inboden) knows it, too.

During tonight’s hour, titled “Live Free or Die,” Allison and Patty took off in Kevin’s (Eric Petersen) car on a four-hour road trip from Massachusetts to Vermont in an attempt to score some drugs, which Patty thinks are for Allison to give to a dealer to get him off her back.

By the end of the installment, and multiple setbacks on their road to pick up oxycontin and repeated calls from Kevin in his sitcom world that go unanswered by Allison, Allison finally admits to Patty why she really needs the pills: to murder Kevin and make it look like a drug overdose.

“That relationship is so exciting to me because when we first meet those two women, they’ve been pitted against each other and they’ve pitted themselves against each other,” Murphy told TheWrap of Allison’s decision to reveal her dark master plan to Patty during their road trip. “And in reality, they both possess a quality in them that will really help the other one save themselves, basically. So that relationship I’m so excited to see unfold.”

Allison did end the adventure with the oxy in hand and seems ready to pull the figurative trigger on her scheme to rid herself of her husband once and for all. But what comes next now that Patty is aware of Allison’s true motives?

“I mean, I can’t spoil anything, but I do promise that mistakes will continue to be made and one step forward will happen — and then two steps back will also happen,” the “Schitt’s Creek” alum said. “And hilarity and chaos in the darkness will ensue.”