Line of Duty: Martin Compston on how he gets into character

In four days time, Line of Duty will be back on screens with the highly anticipated season six. AC-12 will return with Superintendent Ted Hastings (played by Adrian Dunbar), DS Kate Fleming (Vicky McClure) and DS Steve Arnott (Martin Compston) to solve the latest corrupt cop mystery and hopefully reveal to viewers who the final member of H is. In the meantime, the latest trailer for the new series suggested Ted’s position is at risk and to add to this, the actor who plays the fan-favourite has spoken out about his character retiring from police duties.

Discussing where the series starts, Adrian answered: “Good question. Quite a lot has happened and there’s been quite a time jump.

“In his working life, a lot of things have destabilised which have affected the unit. I think he’s another year older but not another year wiser.

“We are still on the search for the network of corrupt coppers. Are we any closer to them? Hopefully!” He added.

“Let’s face it – time is running out a bit for Ted; the age he is, whether he can stay in the force, is he useful enough, is he a bit of a dinosaur? He’s up against quite a bit. His personal life is not in great shape.” 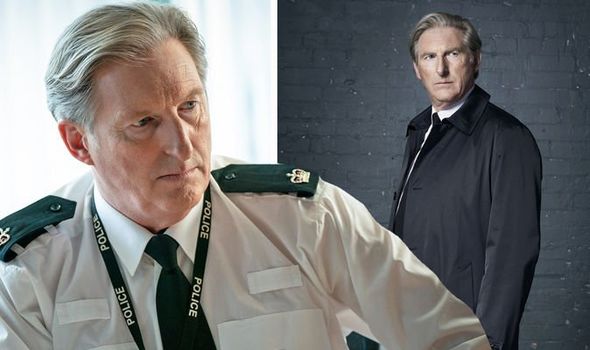 Does this mean Ted could find himself taking his uniform out for one more spin before Kate or Steve take over his responsibilities?

It comes after a clue was dropped in the official trailer for the impending series.

Eagle-eyed fans noticed a QR code on a magazine in the clip and when scanned, a letter appeared from the office of the Chief Constable.

The contents read: “FAO. DCC. A WISE, I think it is high time we had a much closer look at AC-12.

“I’m beginning to question whether this department is fit for purpose especially under its current – and let’s be frank – extremely difficult leadership.

“Ted Hastings doesn’t lead investigations, more commit to a crusade. He is oblivious to the politics of the satiation which creates problems for me and problems for you because policing is politics. 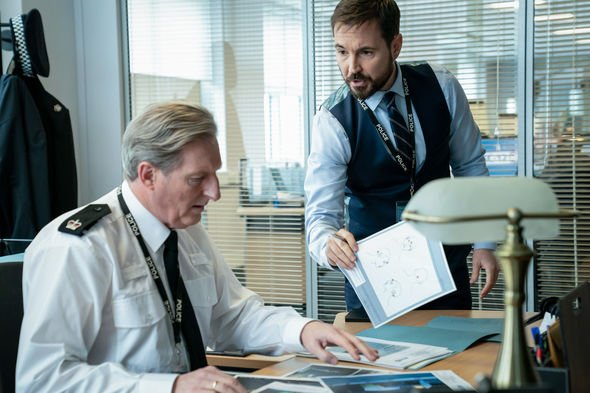 “And should AC-12 even be led by someone who himself has been accused of corruption?

“The question is what to do next?” With the word “next” in bold.

“Is it time for a leadership change? What role should Ted Hasting have in this organisation – if any at all?” And then it is signed by Philip Osborne.

This is also another huge hint at Ted leaving his position in series six. 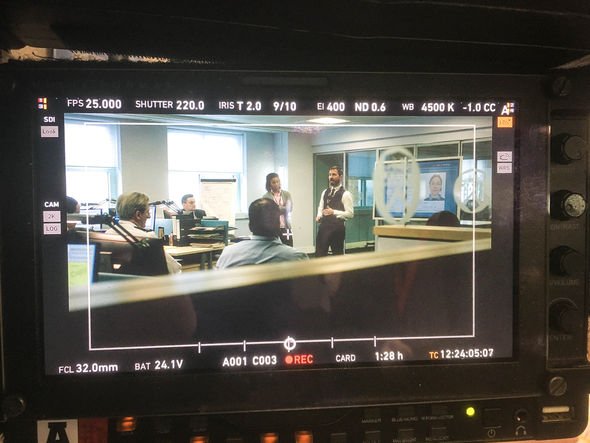 It comes after Adrian spoke out about the changes in AC-12.

“The landscape of AC-12 has definitely changed and things are going to have to be resolved through the course of the series,” he explained.

“I think it’s quite startling actually, what the opening episode is like, for an audience.”

Either way, Adrian and both Steve and Vicky have said viewers will get several questions answered by the time episode seven of season six concludes.

As for what will happen after season six, writer Jed Mercurio is in conversations with the BBC about the beloved crime drama’s future.

“We’re in a situation where it’s not entirely clear that there will be a seventh series,” he said.

“We would hope there could be. But we’re having to do our planning coming out of COVID, and a whole bunch of other things around the idea that these things aren’t guaranteed at all now,” Radio Times published.

Line of Duty returns to BBC One on Sunday evening at 9pm with season six.