LITTLE Mix broke down in tears as they performed on The Graham Norton Show last night – just hours after announcing their decision to split after ten years.

Leigh-Anne Pinnock, Jade Thirlwall and Perrie Edwards were overcome with emotion as they took to the stage on the chat show. 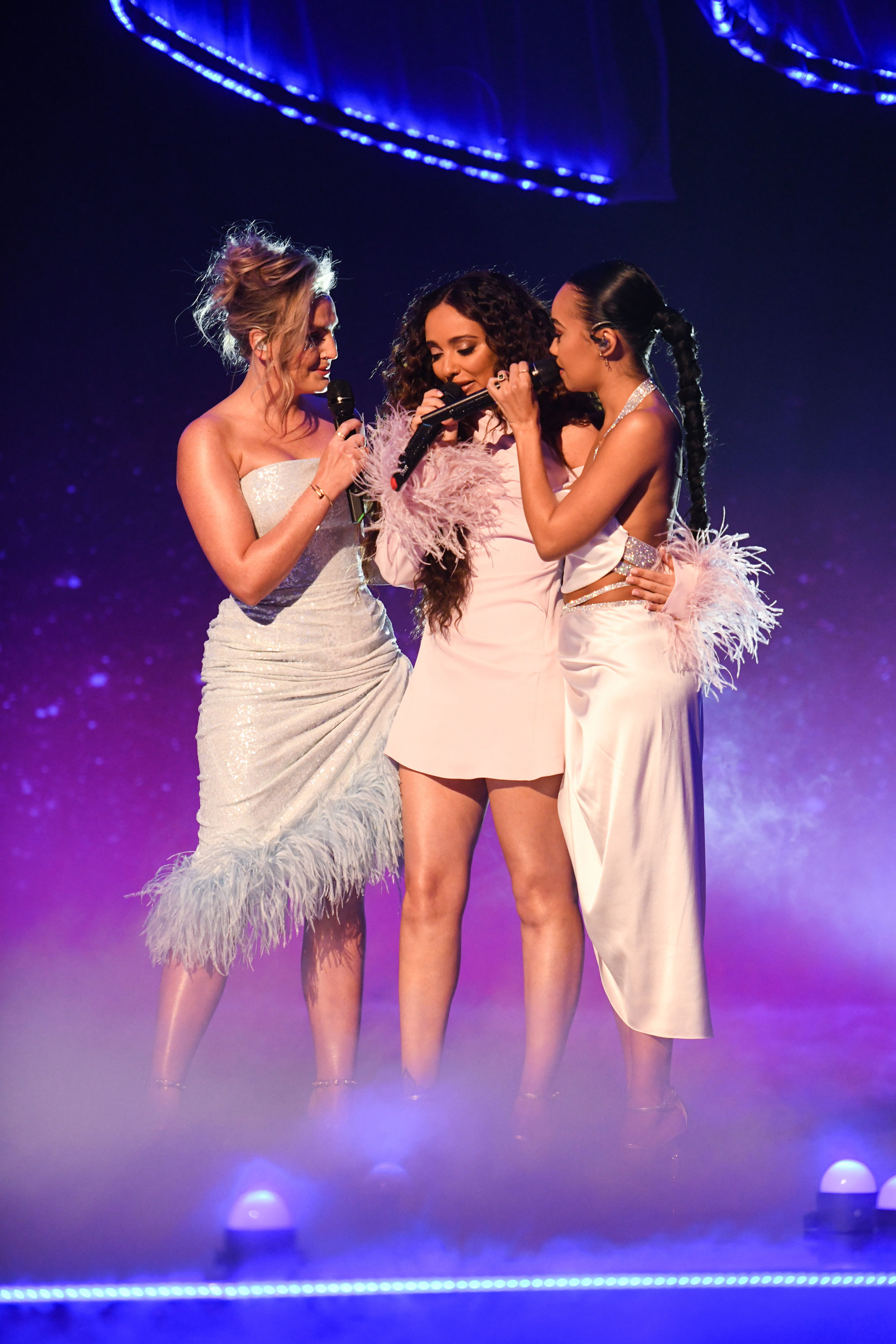 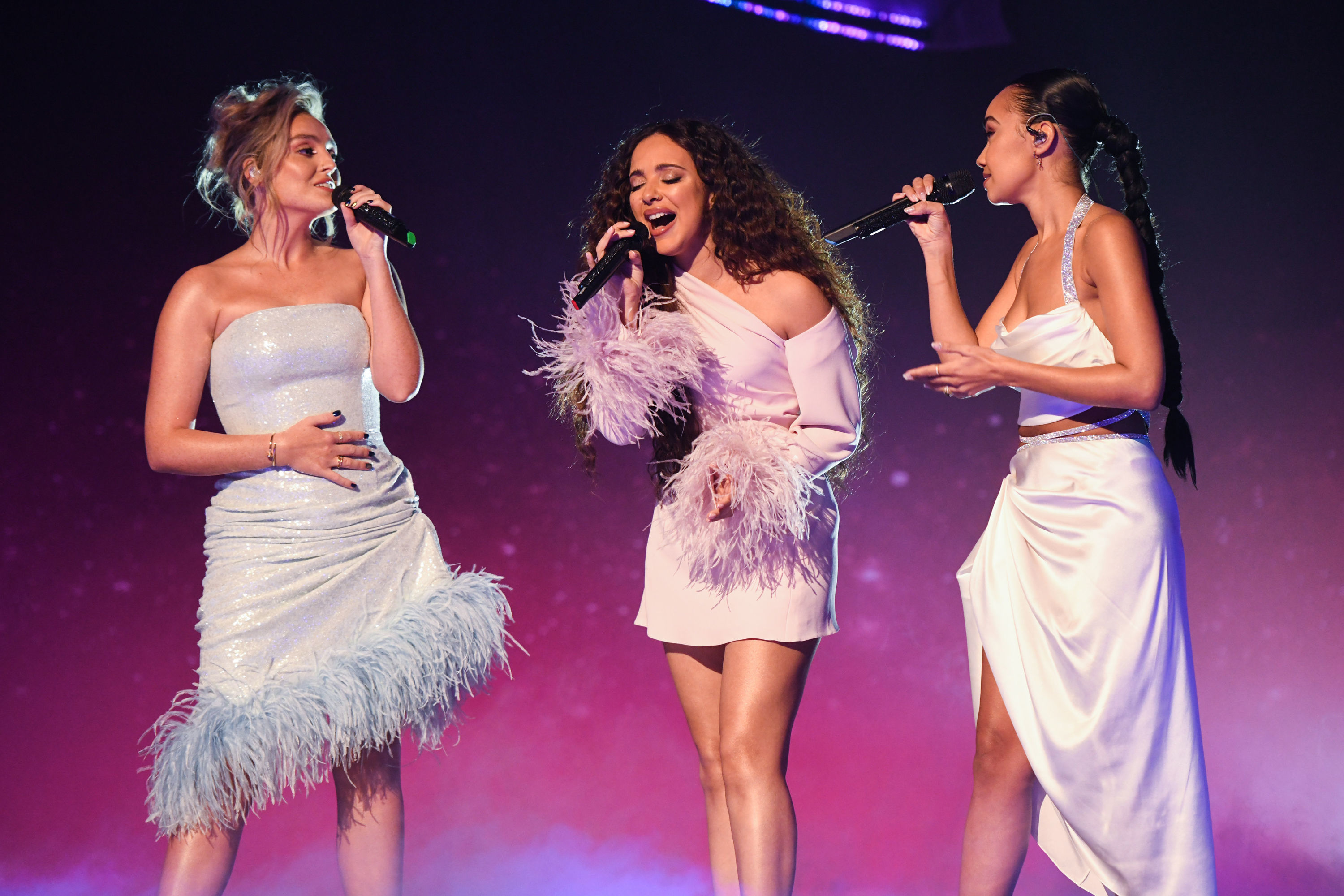 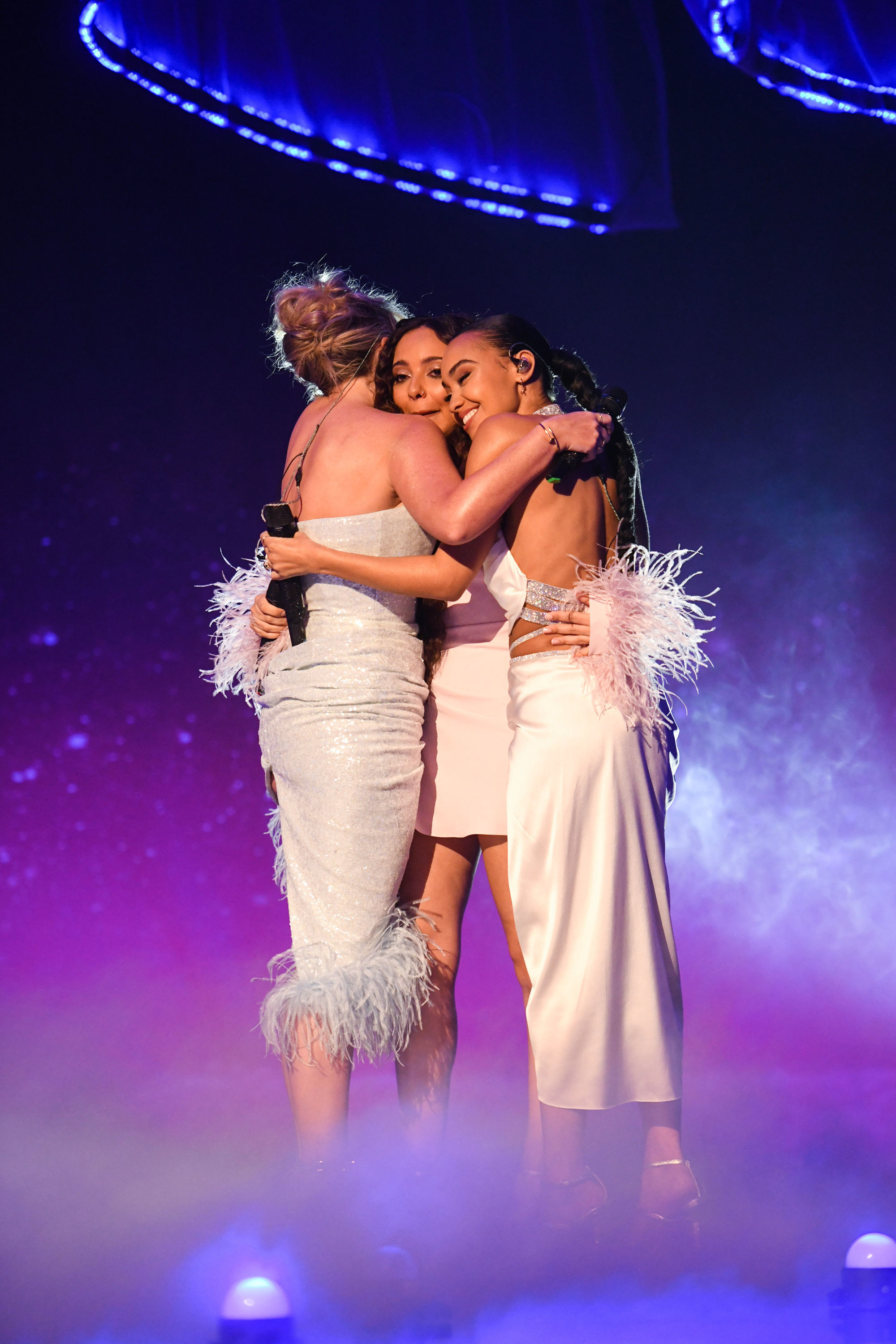 The group reportedly had to perform their track Between Us twice because they struggled to hold back the tears.

As their performance came to an end, the girls embraced as the audience gave them a huge round of applause.

The appearance came just hours after they confirmed they are taking a break after finishing their Confetti tour next year to work on "other projects”.

Breaking the news on their official Instagram account, they shared a montage of different clips of them performing, choosing the song Between Us from their new album to accompany it.

In the caption, they said: "We wanted to let you all know that after the Confetti tour in April/May next year we are going to be taking a break from Little Mix.

"It's been 10 amazing years, a wonderful non-stop adventure, and we feel the time is right to take a break so we can recharge and work on some other projects.

"We can't thank you enough for your love and never-ending support since the beginning.

"We love you all so much. We are not splitting up, Little Mix are here to stay.

"We have plans for more music, tours and performances in the future.

"We've made so many incredible memories with you all, and we can't wait to make so many more.

"We're sisters and we'll always have each other and you, the fans, in our lives. Little Mix is forever. See you on tour."

The trio rose to fame after forming the successful girl band Little Mix during the the eighth series of The X Factor in 2011.

Since then, they have attracted fans across the world and sold 60 million albums, thanks to hits such as Shout Out To My Ex, Black Magic and Sweet Melody.

The group recently released a greatest hits album, Between Us, marking 10 years since their formation on The X Factor.

Until December last year, Jesy Nelson was the fourth member of the girl group but the singer, 30, quit after nine years, saying the high-profile role had taken a toll on her mental health.

She had spoken openly about her battle with anxiety and revealed in a BBC documentary that abuse on social media got so bad she attempted to take her own life.

She has now signed a solo deal with Polydor Records, the British label that is part of Universal Music Group, joining the ranks of the Rolling Stones, Haim, Ellie Goulding and Celeste.

Leigh-Anne, 30, welcomed twins in August with her footballer fiance Andre Gray and has made her acting debut in festive film Boxing Day, while her bandmate Perrie, 28, gave birth to baby Axel with footballer Alex Oxlade-Chamberlain on August 21. 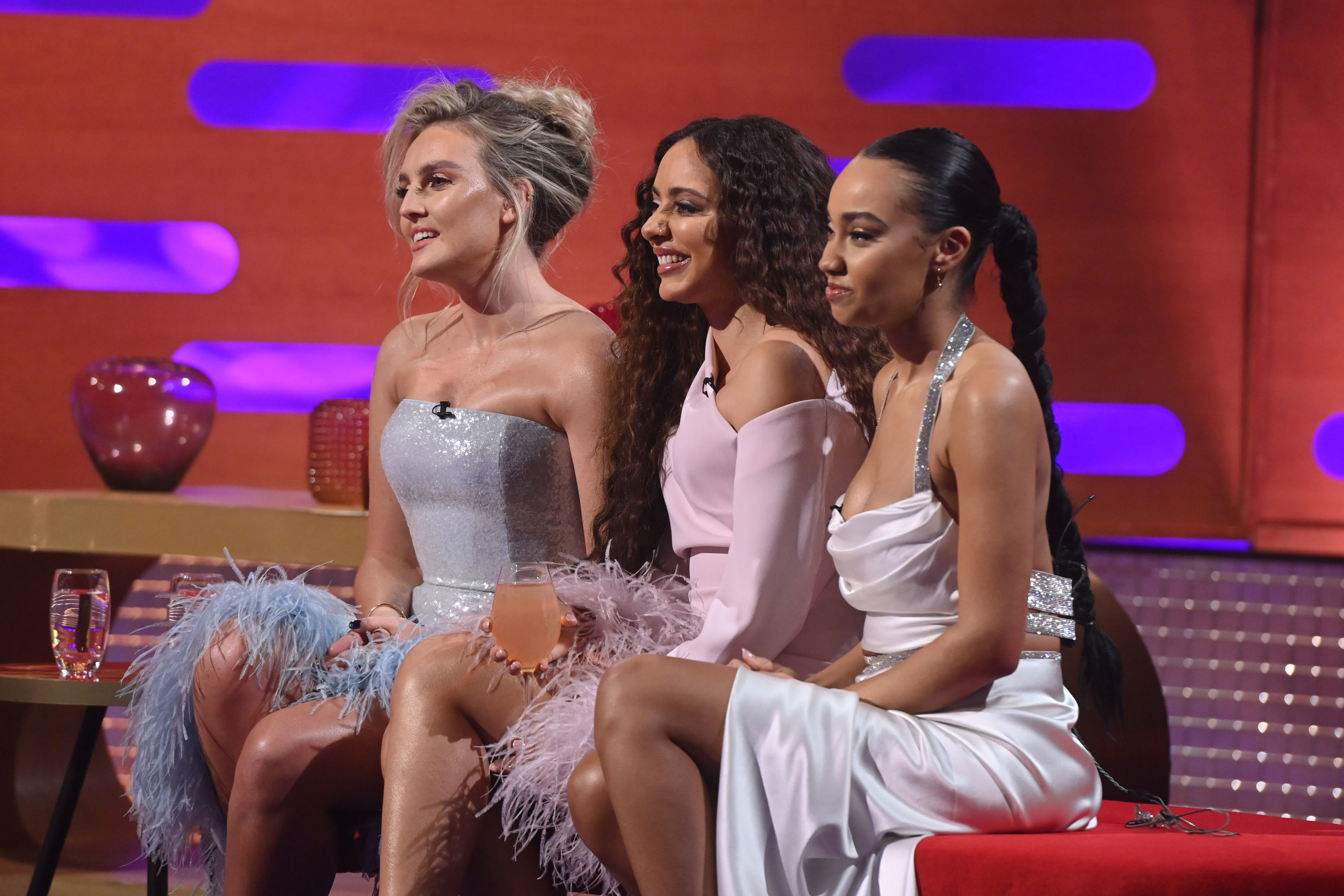 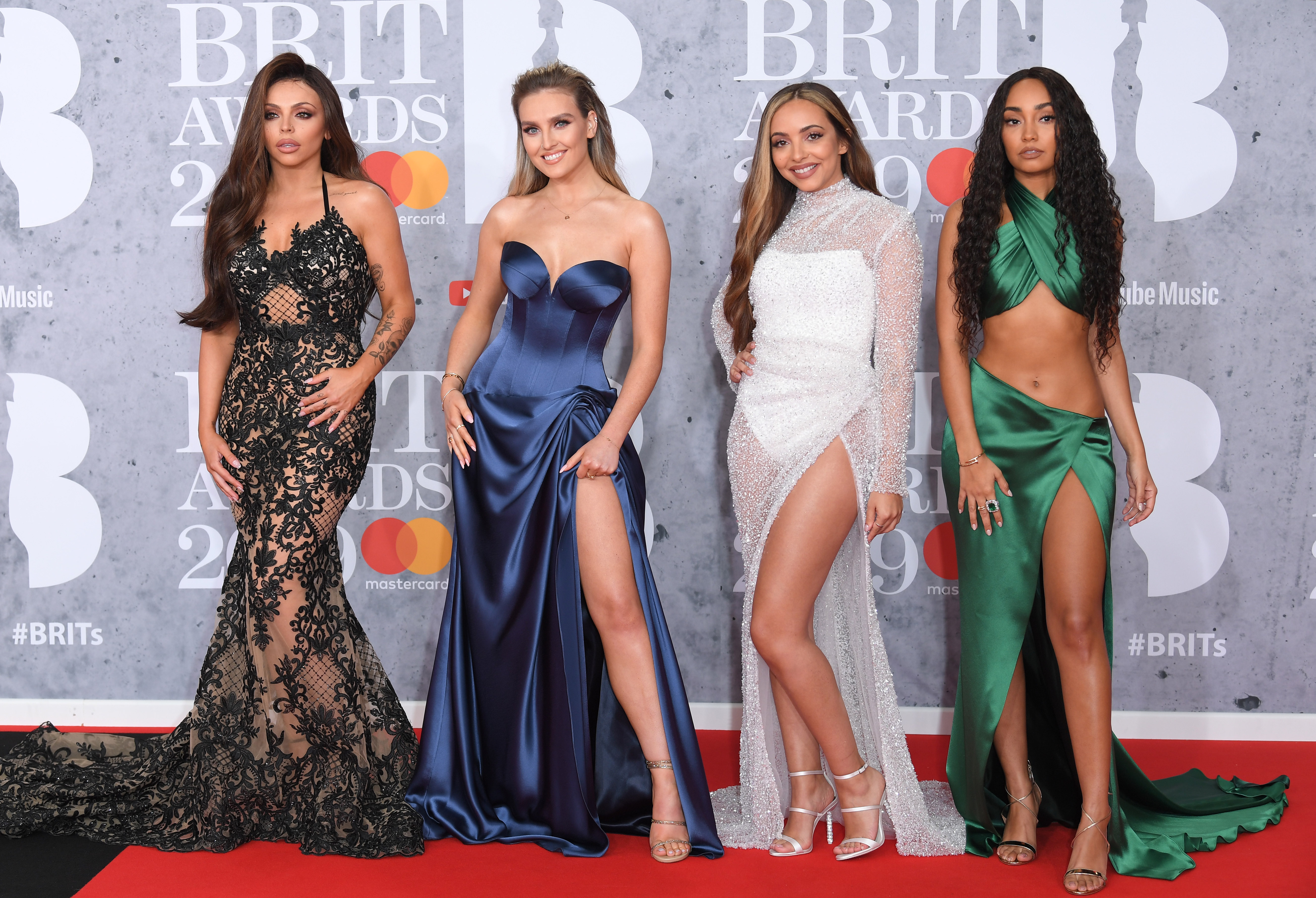