LITTLE People, Big World star Audrey Roloff, who’s currently pregnant with her third child, revealed she got pulled over by cops during her road trip.

The 30-year-old is off on a getaway with girlfriends, and on the way to their vacation beach house, they had to deal with a run-in with police due to car issues. 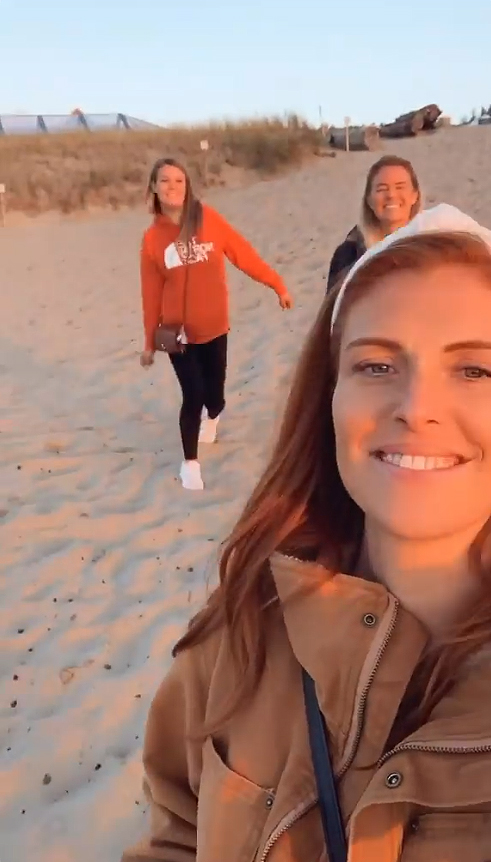 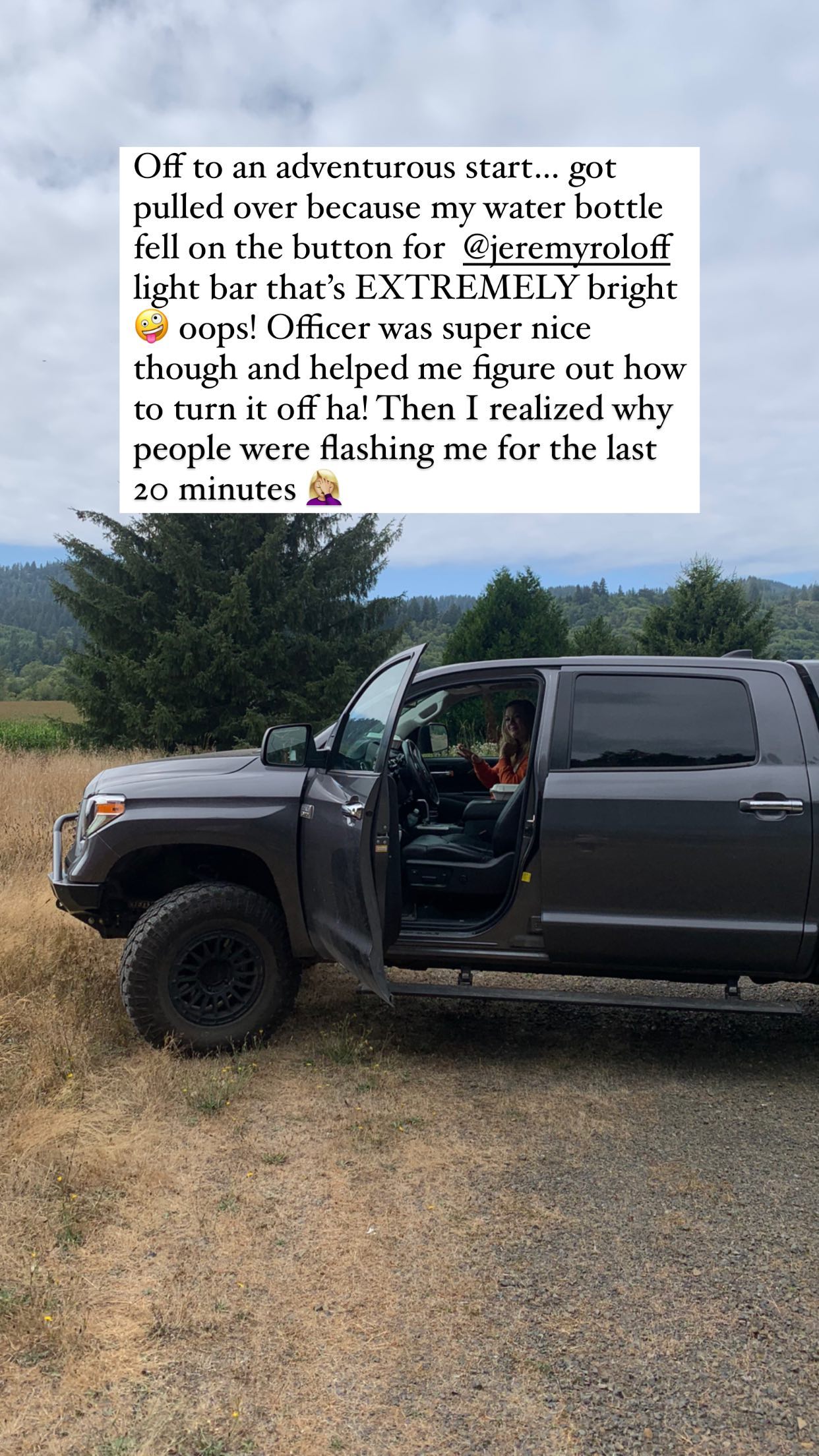 While parked out in the wilderness for a little “pee break on the way to the coast,” the reality star revealed their trip has been anything but smooth so far.

“Got pulled over because my water bottle fell on the button for @jeremyroloff’s light bar that’s EXTREMELY bright,” Audrey revealed. “Oops!”

The LPBW star added: “Officer was super nice though and helped me figure out how to turn it off ha!

“Then I realized why people were flashing me for the last 20 minutes.”

Eventually the girlfriends made it to their vacation home in Neskowin, Oregon, and Audrey showed off the stunning vacation home, which sat just by the ocean.

Prior to heading out on the retreat, Audrey shared an adorable snap with her kids Bode, one, and Ember, three, noting how much she’s “gonna miss these two.”

She and husband Jeremy were slammed last week for allowing their kids to eat cheese off the kitchen floor.

Their son Bode knocked a giant bag of shredded cheese off the counter, and the parents let him and daughter Ember shovel it into their mouths, which followers blasted as “gross.”

In her Instagram Story, Audrey posted the whole ordeal, starting with a giant pile of orange cheese on the kitchen floor and Bode laughing and walking away from it.

The kids then continued to laugh and chew while their dad put all of the cheese back into the bag, instead of throwing it away.

Audrey asked her followers: “Ok but the question is… would you save it or toss it?”

After more than 60 percent of her followers said they’d throw it all out, the LPBW admitted she was “surprised by this response” because they “definitely saved it.”

Fans on Reddit were not happy with Audrey and Jeremy’s decision, with some calling it “disturbed,” “disgusting” and “gross.”

This happened just days after Audrey showed off that her kids' toes were marked black after running around.

She allowed Ember and Bode to run barefoot through the street, sharing videos of them sprinting through a cul-de-sac without shoes. 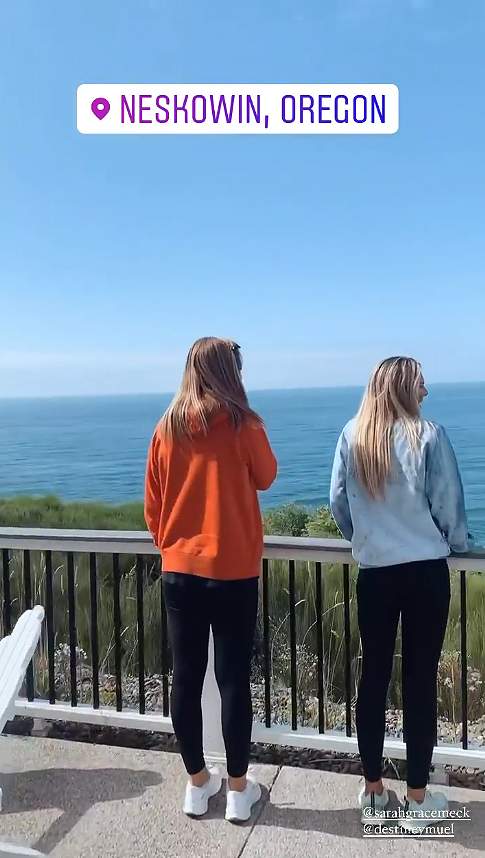 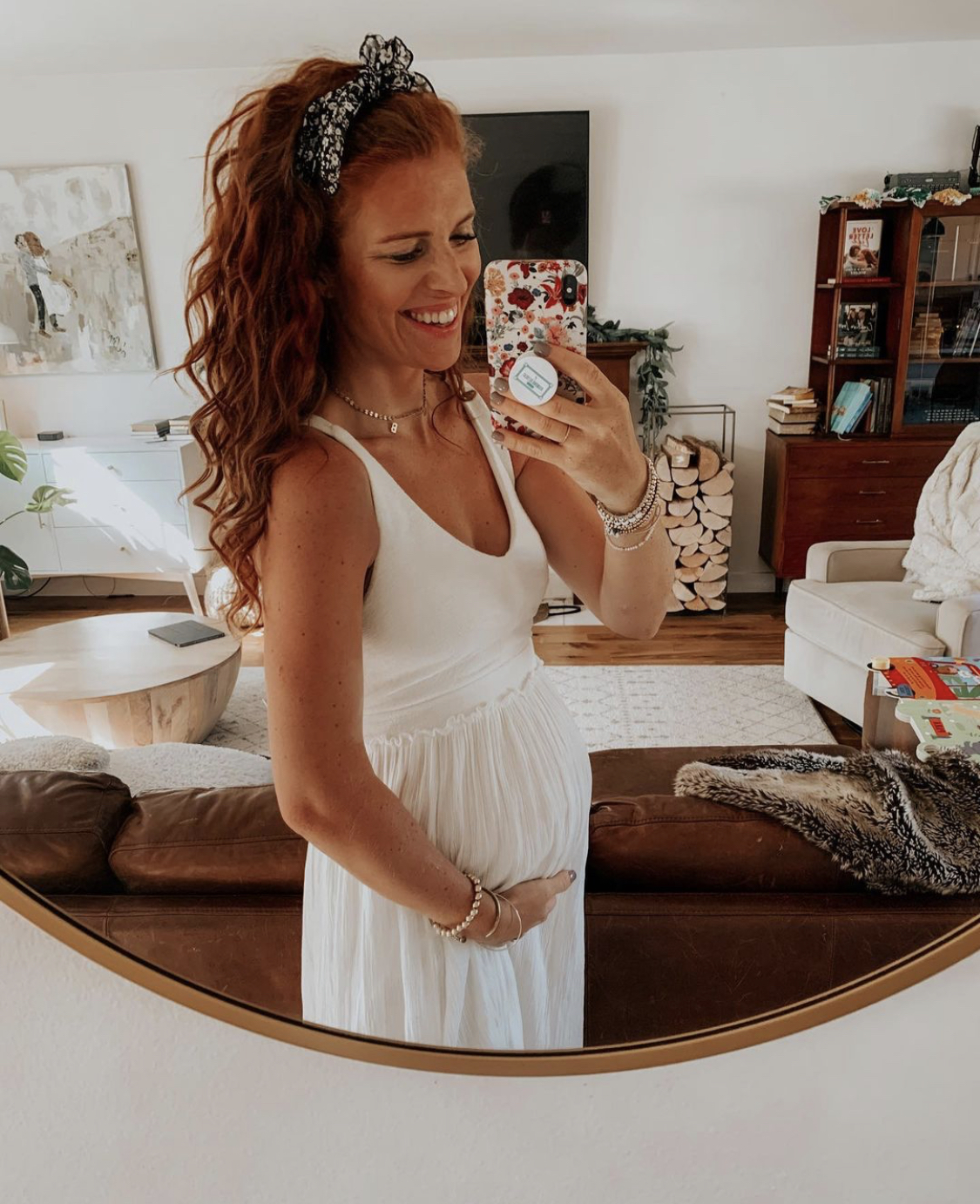