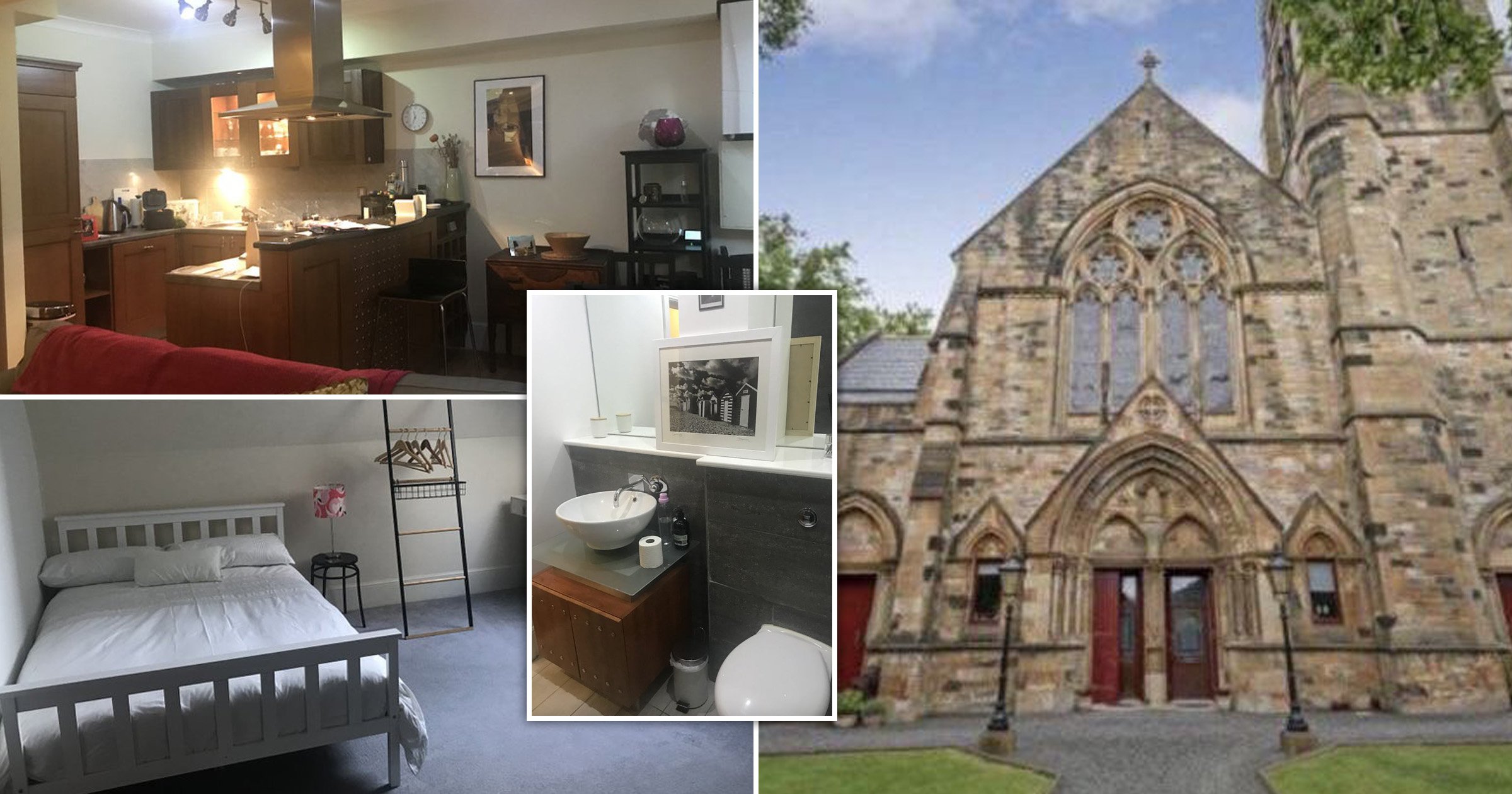 The world of renting is a bizarre place.

But one new listing really does highlight just how strange it can get.

An advert on SpareRoom advertises a room in a converted church in Glasgow for £750 a month – but there are a few significant catches.

Some of these include requesting a shower at specific times from the live-in landlord, as well as asking for any guests to come over in advance.

The landlord – who will live in the property with any potential resident – explains that she is looking for someone in their 30s or 40s and a non-smoker and non-vaper.

‘This is ideal for an NHS worker at the New Victoria Hospital located opposite and for anyone who is not WFH,’  she says in the listing.

Though the tenant will only be able to use the shower at selected times, they will still have to keep up with a cleaning schedule.

The landlord adds: ‘You will be expected to clean your room and bathroom, and we will share the cleaning on a rolling weekly basis.’

While no pets are allowed, the property does have good transport links, with bus stops just a minute from the home and Queen’s Park being a five-minute walk away

The landlord also says that Glasgow city centre is two miles from the house and there’s easy access to Sainsbury’s, Lidl, restaurants, bars and coffee shops.

But people on Twitter have also pointed out that the live-in landlord also initially advertised the room as being for weekdays only with ‘occasional weekends negotiable at an extra cost.’

Something which has since disappeared from the listing.

Twitter users have also pointed out the price was originally £700, but has since been increased to £750.

As a result, people have had lots to say about the advert on social media.

One person mocked: ‘But you can stay weekends now. Bargain.’

Another said: ‘Maximum term 3 months, that’s if you last that long.’

It’s also worth pointing out that while the listing was open to offers yesterday, it seems the landlord has now halted applications.

Speaking about the listing, a representative from SpareRoom tells Metro.co.uk: ‘This ad caused a bit of a fuss but, after speaking to the advertiser, we realised it was simply confusion down to the wording used.

‘Basically the landlord’s bathroom has a shower and the tenant’s has a bath. The landlord was simply saying it was fine to use each other’s, but they could agree when in advance, rather than just wander in. We took the ad down for a short time while this was cleared up.

‘On having guests over, it’s fairly common for people living together to have an agreement about guests, whether they’re flatmates or one of them owns the property.’