Owen Wilson’s character is in quite the sticky situation 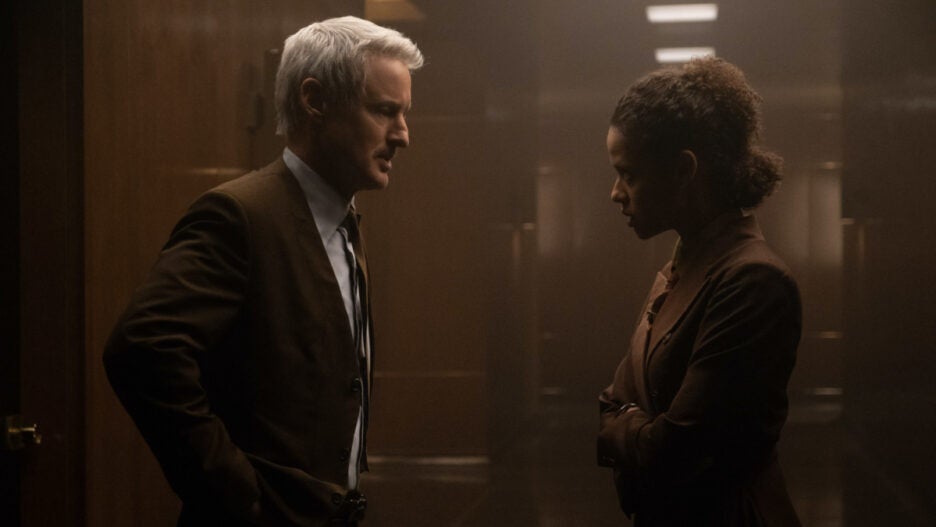 (Major spoilers ahead for the fourth episode of “Loki” on Disney+)

So much happened right at the end of this week’s episode of “Loki” that it can be tough to remember all the crazy stuff that happened before Loki and Sylvie discovered the Time-Keepers are secretly robots. Like Mr. Mobius (Owen Wilson) getting disintegrated.

We’ve been told throughout this series that those sticks the TVA guys carry around are used for “pruning” variants — we’ve kinda assumed that meant they were being erased. But if the mid-credits scene — in which Loki wakes up after being pruned in what looks like a destroyed Earth city — is any indication, then it’s a very real possibility that none of those deleted variants were actually deleted.

They, too, could have ended up in whatever hellscape that was that Loki woke up in.

So this is good news for a lot of us. Everybody was pretty upset when Mobius, who’s been an outstanding character, seemingly got killed off. Ravonna (Gugu Mbatha-Raw) didn’t like that he was learning the truth about the TVA — that all its employees, including Mobius, are variants who once had real lives — and hit him with a pruning stick, disintegrating him.

But just a few minutes later that mid-credits scene gave us some hope that he’s still alive out there somewhere.

The where is a big question. A thought that popped into my mind immediately after watching the episode was Battleworld, which in the comics was a planet created by Doctor Doom after the multiverse collapsed, that contained pieces of many multiverse timelines. Perhaps the MCU’s version of Battleworld could be populated entirely by pruned variants?

Now, Battleworld is exactly what it sounds like: a place where people are constantly fighting. It’s not clear how well a guy like Mr. Mobius would fare there, though I guess Loki could help him out. And honestly Battleworld would be a pretty big and weird concept to introduce here. Something with smaller ramifications is more likely.

Another possibility that comes to mind is the Soul World, inside one of those Soul Stones the TVA has lying around in desk drawers. The glow of the pruning sticks and the color when people disintegrate is the same orange-ish color of the Soul Stone.

In the comics, when Thanos snapped his fingers all those people didn’t just disappear — they were transported into a pocket universe inside the Soul Stone. “Avengers: Endgame” didn’t go that route — at least not in the finished film, where it’s never made clear where those people went — but there’s no reason they couldn’t be doing it here. But don’t expect see any snapped folks in there if that’s the way they’re going with this. The TVA would be using a variant of the stone, not the one Thanos had.