Tonight’s edition was a heartbreaking one for many involved, as lots of established couples on the ITV2 show seemed to be breaking down.

Love Island favourites Amber Gill and Michael Griffiths are weaker than ever as the latter admitted his head had been turned by newcomer Joanna Chiminides.

But perhaps the most surprising twist was good guy Curtis’ admission he thought there must be “something missing” in his relationship with Amy Hart.

As the ballroom dancer mulled over his problems however, Iain couldn’t help but make a cheeky joke about Strictly Come Dancing and potentially other dance competitions, comparing Curtis’ issues to those on the show.

“What’s that Curtis? A dancer thinking about changing their partner in the middle of a show?

As the camera angle shifted to spy Michael getting closer to Joanna in the garden, Iain also addressed the firefighter’s changing feelings.

“And you may not be the only one, eh Michael…” he teased.

The episode also saw worrying cracks begin to show in Tommy Fury and Molly-Mae Hague’s relationship in the show. 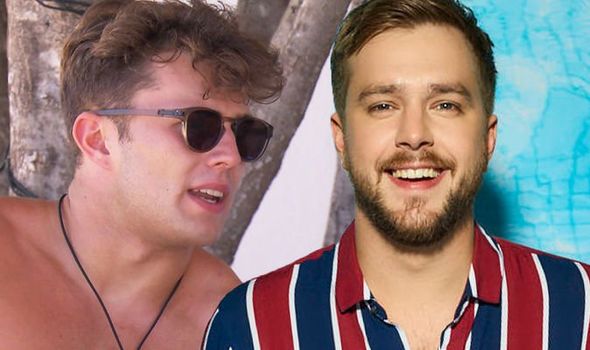 Both villas went head-to-head to win a party, with all the boys and girls having to perform various romantic and steamy acts with each other.

But when the first task was announced things turned awkward fast.

Social media influencer Molly-Mae was tasked with snogging Dan Rose, as the pair were the youngest contestants in the villa.

Grimacing throughout, Molly was clearly forcing herself to get stuck in for the game, and the kiss was over very quickly.

Unfortunately it wasn’t long before Molly-Mae realised 20-year-old boxer Tommy was also the youngest boy at the original villa, and he could be kissing another girl.

Molly-Mae was fuming about the challenge and went quiet in her garden chair.

When it was revealed Tommy won the challenge and he snogged the youngest girl in the quickest time, Molly-Mae told the beach hut she was “seething”.

The next task saw the islander ordered to snog both Dan and Stevie underwater in the swimming pool, which caused plenty of theatrics for the other contestants.

While Tommy and Molly-Mae seem to have gotten over their hurdle, will Curtis and Amy manage to do the same?