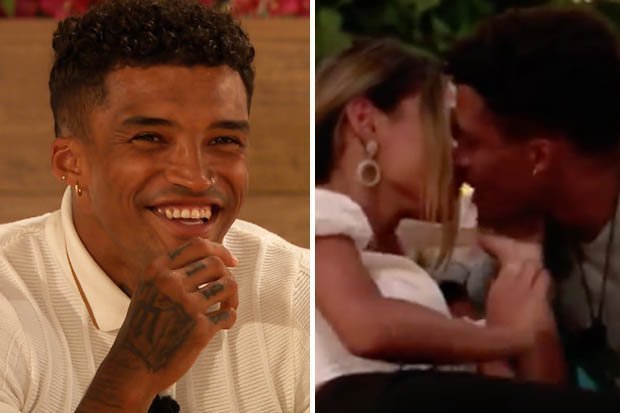 Many ITV Love Island fans slammed the firefighter online as he appeared to crack on with new girl Joanna Chimonides tonight.

Viewers were shocked as Michael, 27, licked Joanna’s neck during a sex charades game.

He had been told to act out turning someone on.

Many thought the hunk, who is currently coupled up with Amber Gill, had gone further than he needed to.

One Twitter user exclaimed: “Michael did not need to do all that for that card.”

While another added: “Oh my f**king God Michael.”

A third asked: “Michael. What is this behaviour?”

While a fourth continued: “Yeah Michael f**ked up. Mad.”