The duo had spent the night on the day beds outside together, with Anna making sure Ovie Soko was fine with it as they’re still coupled up.

The next day, Jordan tried to make Anna an omelette for her special day but failed a number of times.

And fans noticed Ovie having a little dance close by while Jordan completely destroyed his efforts, dropping the eggs on the floor.

Another said: “Haha Ovie dancing to the Jordan flopping breakfast.”

A third wrote: “Team Ovie he is so true, such a great guy. Dance and don’t care.” 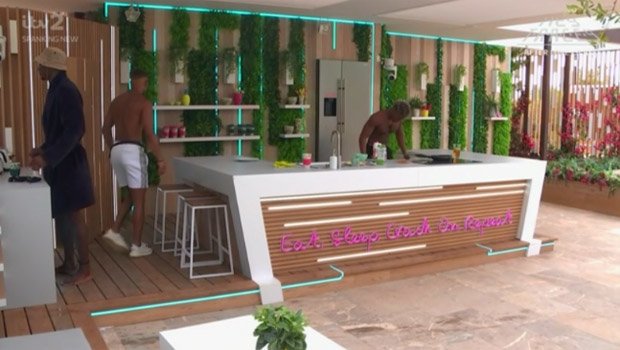 While a fifth said: “Ovie is so chill and unbothered and I love it! Not trying to force ‘love’ or fake relationships, he’s just enjoying his time and living his most peaceful best life. King.”

Despite Jordan dropping his first omelette and then breaking the second, Anna didn’t seem to mind.

The villa threw her a birthday party to help celebrate, with Molly-Mae Hague and Amy Hart performing a rap for her. 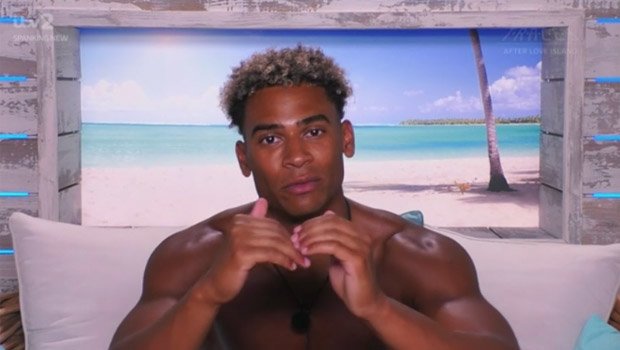 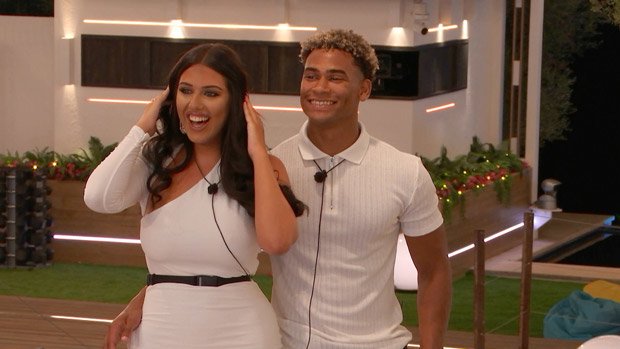 But the excitement was soon brought to a dramatic halt when Maura Higgins received a text instructing everyone to gather around the fire pit.

They were told that the couples with the fewest votes risked being dumped from the island there and then.

The three vulnerable couples were Lucie and George, Danny and Jourdan, and Amy and Curtis.

The couple with the fewest votes and dumped straight away was Danny and Jourdan.