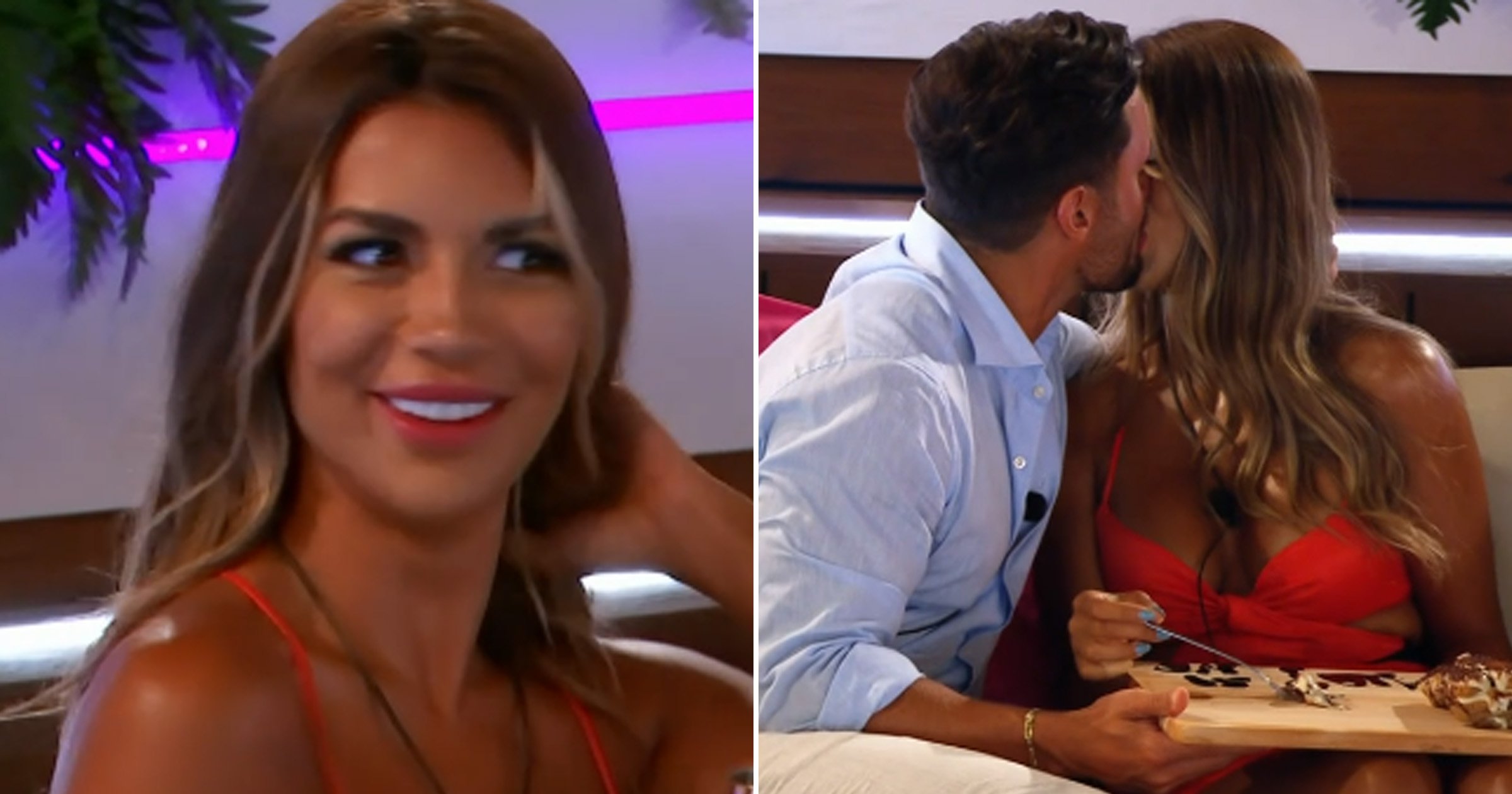 Love Island 2022 might be close to coming to and end, but there’s plenty of surprises left in store, as Sunday’s episode proved.

We had a surprise dumping, the sounds of wedding bells in the distance and even a sports day.

Of course, the biggest moment had to do with the fan-favourite couple and Love Island main characters: Ekin-Su Cülcüloğlu and Davide Sanclimenti.

After coupling up early in the series (and splitting up with a blazing row that launched a million new memes) the actress and entrepreneur (and old married couple) made things official.

Here are all the biggest moments from Sunday’s Love Island.

He insisted he wasn’t ‘really’ nervous – but only because he was ‘sure’ Ekin-Su would say yes.

‘I was nervous, not because I’m scared about her answer but because I want everything to be perfect’ he later admitted to the confessional.

As night fell, Davide asked Ekin-Su to join him at the mini fire pit, leading her to joke: ‘Oh no, not the fire pit.’

‘Why not, it’s our place,’ Davide joked, before telling her: ‘I wanted to bring you here because this is the place where we had our first kiss.’

‘Should I be scared?’ Ekin-Su asked – looking, it should be said, terrified and bewildered.

‘I know we say to each other a lot of time that probably we want to wait until the outside to become officially boyfriend and girlfriend,’ he started.

Gesturing to Dami Hope, who headed towards them holding the treat, Davide told her: ‘I prepared something nice, an Italian tiramisu.’

‘Did you make this?!’ she asked, shocked – before Davide revealed the words on the cake translated to ‘Be mine.’

Ekin-Su repeatedly asked if he had made the cake – before saying ‘So it’s a yeah.’

After sharing a kiss, Ekin-Su then jumped up and told the on looking islanders: ‘So… we’re exclusive I guess!’ – to which everyone cheered and applauded, much like those watching from home (we assume).

It comes after Ekin suggested she could consider moving to Manchester after the series to be closer to her new beau.

Tasha Ghouri and Andrew Le Page have fallen hard for each other since coupling up in the villa, and the pair are thinking about life outside Love Island.

Sunday’s episode saw them even discuss marriage – with Tasha suggesting a proposal could come sooner rather than later.

Cuddling up in the garden and holding hands, Tasha suddenly asked: ‘Why are you playing with my ring finger?’

Talk then turned to weddings as she asked Andrew what he would do if she wore ‘a black wedding dress,’ to which Andrew replied: ‘I think you’d look unreal.’

Tasha quipped back: ‘I’m pretty sure you would do it sooner than that.’

A grinning Andrew asked incredulously: ‘You think I’d propose to you sooner than three years?”’

To which Tasha challenged: ‘If we keep going the way we are going, yeah, I reckon so!’

In a later confessional, Tasha could be seen grinning as she gushed over her boyfriend.

The competition heated up with sports day

The islanders turned into big kids for the day as they faced off against each other in a Love Island sports day.

The competitive spirit came out early, with Davide and Luca Bish immediately jumping into the pool for an impromptu racce.

‘I’m out of breath right now, first bit of exercise I’ve done in ages!’ Luca said afterwards – which didn’t bear well for the sports day ahead.

The group was split into two teams, the red team captained by Gemma Owens and the blue team led by Paige. Both went head-to-head as they faced three rounds: the egg and spoon race, the three-legged race, followed by a game of tug of war.

The egg and spoon relay was won by the blue team, after Andrew tragically dropped his egg.

Meanwhile, the three-legged race saw plenty of falls, with some pairs proving a lot more graceful than others. The red team came in first, with the blue team trailing behind – but it wasn’t over yet.

It all ended with a massive tug-of-war, Squid Game style (well, not exactly) with both teams giving it their all.

However the blue team won again as they dragged the flag over the line, and they were of course very graceful winners (sort of).

The Islanders were taken aback when they were asked to immediately gather around the Fire Pit for a brutal surprise dumping.

They learned the public has been voting for the most compatible couple and the Islanders with the fewest votes risked being dumped from the Villa there and then.

The stress levels were high as they called out the names of the couples who received enough votes to be safe: first Andrew and Tasha, followed by newly-exclusive Davide and Ekin-Su.

Dami and Indiyah were next to be deemed safe, followed by Adam and Paige and Luca and Gemma.

As the three couples with the fewest votes stood before their fellow Islanders they received another text regarding tonight’s dumping: only one more was safe, and the other two would be dumped immediately.

Jamie and Danica were saved, meaning Deji and Lacey, and Nathalia and Reece were on their way out.

Indiyah said it was ‘hard’ to see them go, particularly Deji as she had brought him back from Casa Amor and they had a real ‘connection.’

The coupled were applauded by their fellow Islanders as they walked out the door of the villa for the final time.

Kiss goodbye to your social life – Love Island is back to dominate your evenings, with the new series promising more drama than ever before.

For all the latest updates, visit Metro.co.uk‘s Love Island page.