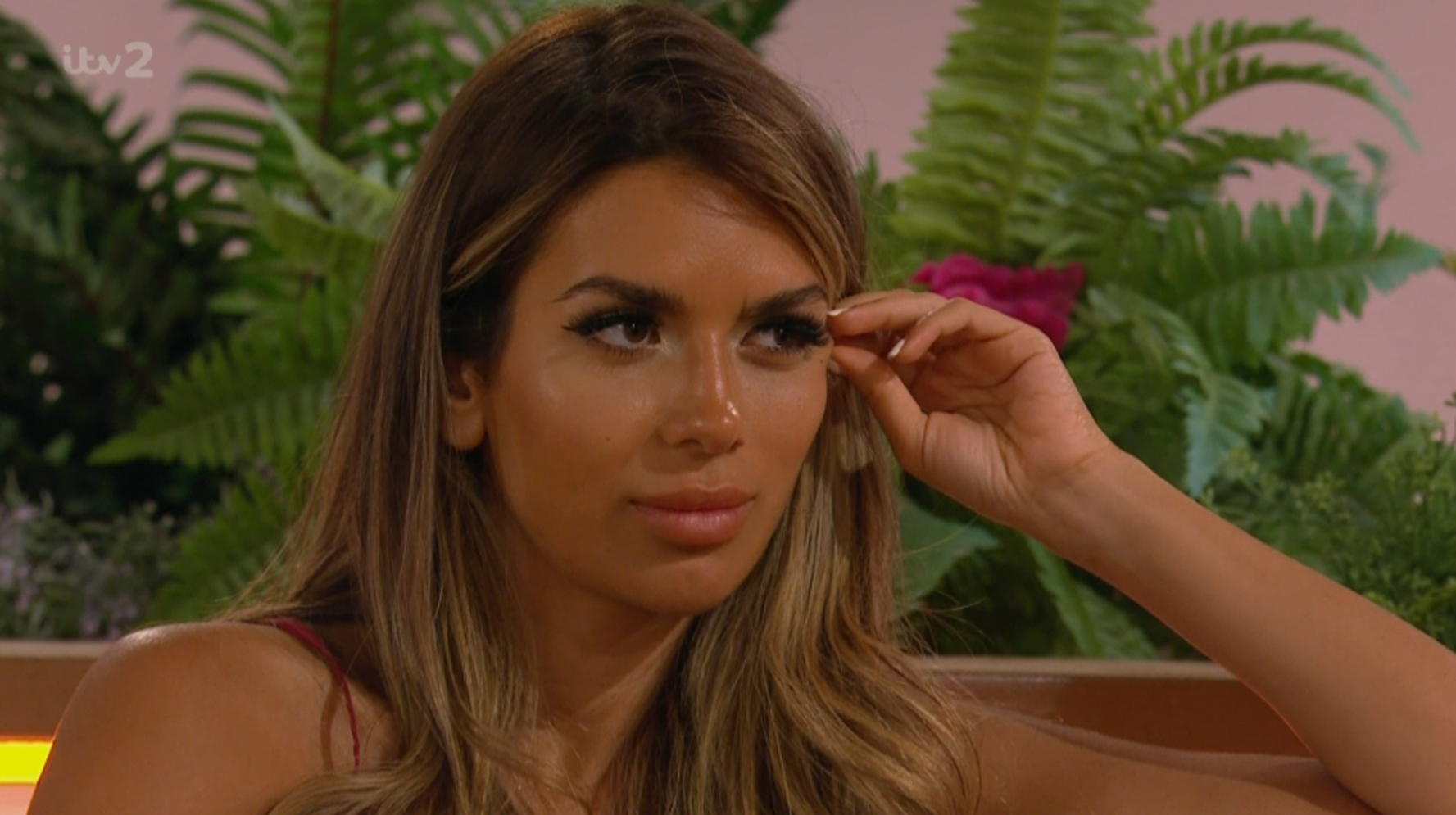 For better or worse it feels like Love Island 2022 finally arrived after tonight’s episode and it’s all down to Ekin-Su Cülcüloğlu, who, let’s be honest, is still carrying the series.

After last night’s teaser shared a glimpse of the 28-year-old actress getting down on her knees and crawling onto the terrace to sneak a kiss in private with new bombshell Jay Younger, we finally got to see the build up and the dramatic aftermath.

Thursday night’s instalment got off to a flying start with Ekin-Su wasting no time in pouring her heart open to the investment analyst, unbeknown to her current partner Davide.

‘You make me feel giddiness,’ she admitted, prompting him to reply: ‘Out of all the girls here I want to get to know you the most.’

‘If you weren’t in a couple right now I would probably try and kiss you,’ Jay added, and thus, the idea to smooch in private was soon sparked.

While Ekin-Su and Jay’s electric affair was getting underway, Gemma Owen and Amber Beckford started calling into question their romances.

‘He’s being a bit more intense which I am not really feeling,’ Gemma said of her partner Luca Bish. ‘He needs to chill out a little bit.’

She then pulled Luca for a chat and admitted she felt like they had been ‘married off’, to which he dropped an almighty clanger that left audiences up and down the country speechless.

‘Because two boys came in and gave you no attention?’ he quipped.

The final half of the episode returned to Ekin-Su and Jay for another session of secret kissing. Only this time, it wasn’t so secret as some of the other islanders had clocked they were on the terrace.

After the pair complimented each other’s eyes, more snogging commenced.

Meanwhile, a clueless Davide was on the hunt for Ekin-Su in the kitchen and pulled open the fridge door. ‘She ain’t in the f*cking fridge is she?’ Luca quipped, providing another excellent line of the night.

Eventually, Ekin-Su and Jay returned from their hideout (after crawling back inside, of course) and Ekin-Su pulled Gemma and Paige Thorne for a chat to confess what she’d been up to.

‘Over the past two nights I’ve been meeting up with Jay on the terrace and getting quite close with him,’ she divulged. ‘I was just with him earlier and we kissed. It was the best kiss ever.’

But the actress was soon brought back down to earth when Davide approached her for a chat.

While the situation presented itself as the perfect opportunity for Ekin-Su to call off her partnership with Davide, things quickly escalated, and she blew up at him.

‘Why do you all of a sudden care when this guy comes in?’ she yelled. ‘For fu*k sake, we’re in the same bed together and you don’t even cuddle me for five seconds.’

Davide explained that he wasn’t prepared to show his sensitive side because of how fast her head has turned… and that seemed to make matters even worse.

‘I’m in here to find real love,’ Ekin-Su said as she stood up and stormed off. ‘[We’re] not on the same wavelength for f*ck sake.’

Tomorrow night teases that the fallout between the pair is far from over, with Davide shouting: ‘You are a liar and an actress, get the f*ck out.’

While Ekin-Su is no doubt bringing all the Love Island drama we as viewers crave in a series, we can’t help but feel it’s starting to become problematic.

We’ll still be watching though.

Love Island continues on Friday at 9pm on ITV2.

Kiss goodbye to your social life – Love Island is back to dominate your evenings, with the new series promising more drama than ever before.

For all the latest updates, visit Metro.co.uk‘s Love Island page.