LOVE Island fans have called out Faye Winter for being a "hypocrite" after she called out Dale's fake teeth.

The leggings agent, who has been subject to sick death threats after going on the rampage at ex Teddy, has again come under the spotlight. 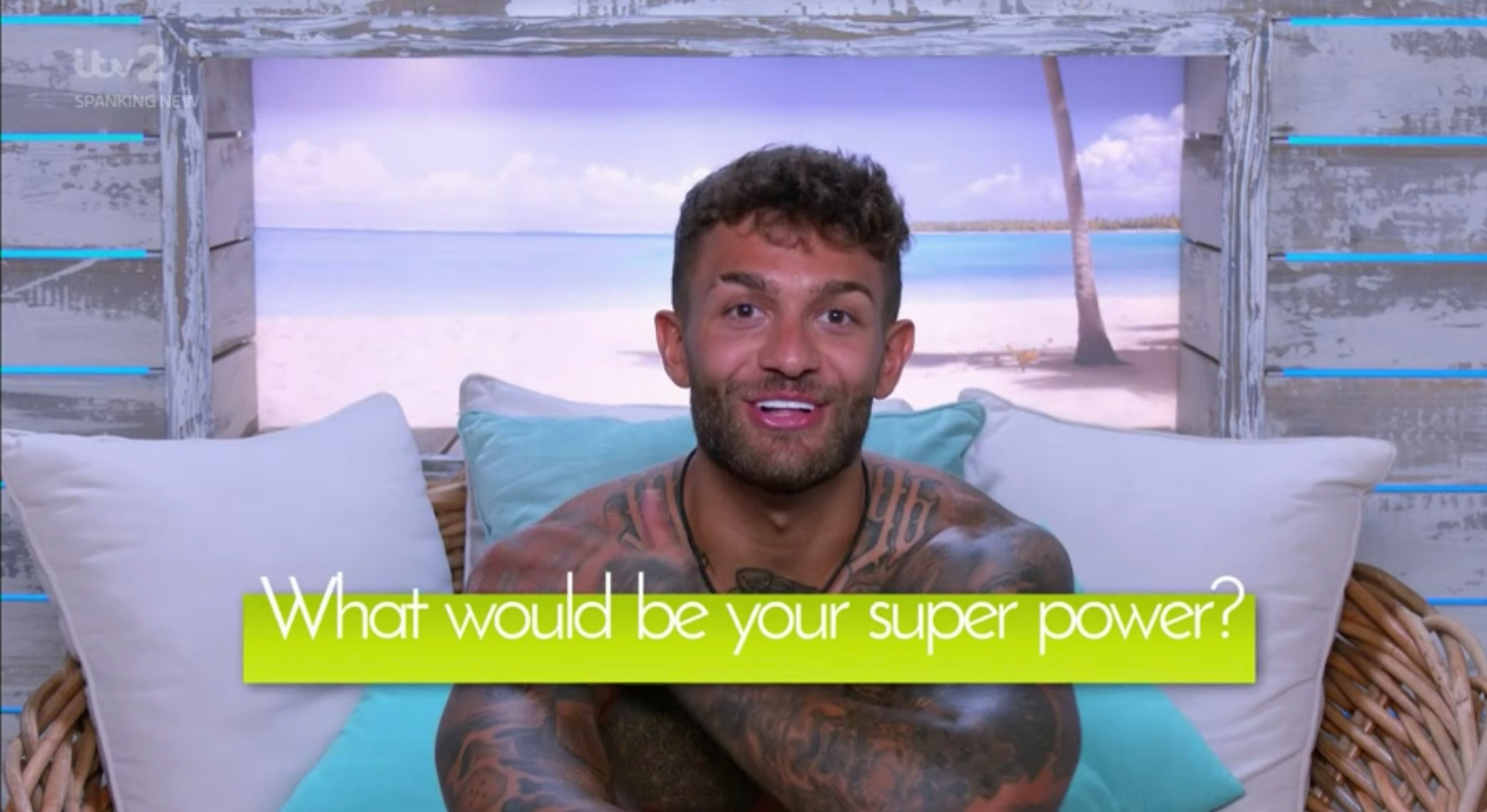 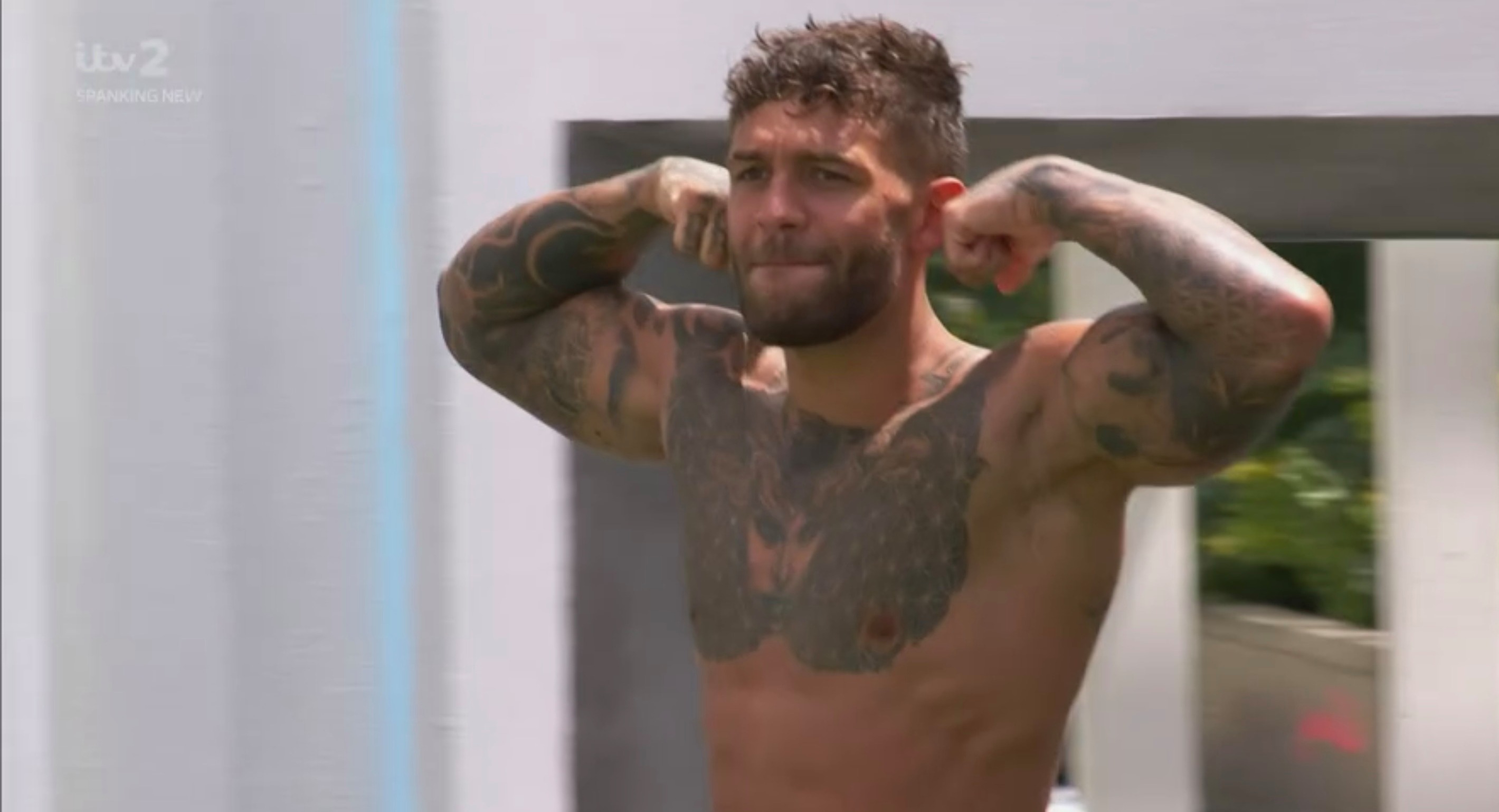 Love Island's Unseen Bits revealed a clip of the girls watching the guys work out in the grounds of the Mallorca compound.

Faye, who was sitting on a lounger, bluntly said: "Dale, you can't reach the bar, don't embarrass yourself.

"You'll knock those fake teeth out on the bar."

Mary Bedford, who is partnered with the Scot, scolded Faye and retorted: "Don't speak to my man like that!"

Fans were equally quick to react, with one taking to Twitter to write: "Faye saying to Dale he might knock his ‘fake teeth’ out but if someone refers to her as ‘fake’ it’s a different story."

Another posted: "Oiiii how is faye calling dales teeth fake after her whole meltdown with hugo ??? #LoveIsland."

One then wrote: "Why did Faye make fun of Dale’s teeth when Hugo wasn’t allowed to comment on her appearance?"

Another surmised: "Faye is a hypocrite! She went crazy the other week when Hugo mentioned the word 'fake', yet tonight she had a dig at Dale telling him to watch his 'fake' teeth when he was doing the lifts on the bars!"

Faye and ex Islander Sharon Gaffka were embroiled in the first bullying row of the series during a discussion about plastic surgery with Hugo.

The PE teacher said he wasn't a fan of "fake personality and looks" referring to women who've had plastic surgery.

The comments riled Faye, who earlier said she'd had her lips and boobs done and botox injections.

Hugo said it was his biggest turn off, saying his perfect type is: “Leggy blonde. Not fake.”

That row saw several of the girls take issue with him using the word fake and at one point Hugo was seen breaking down in tears of frustration.

He said: “I just didn’t mean to upset anyone, that’s the last thing I wanted.”

People at home were left shocked when Faye shouted, "I don't care if he's f*****g crying" as the boys were left to comfort Hugo.

After the recent drama, upset viewers have since vowed to vote Faye off the show and complain to Ofcom after she "screamed for an hour". 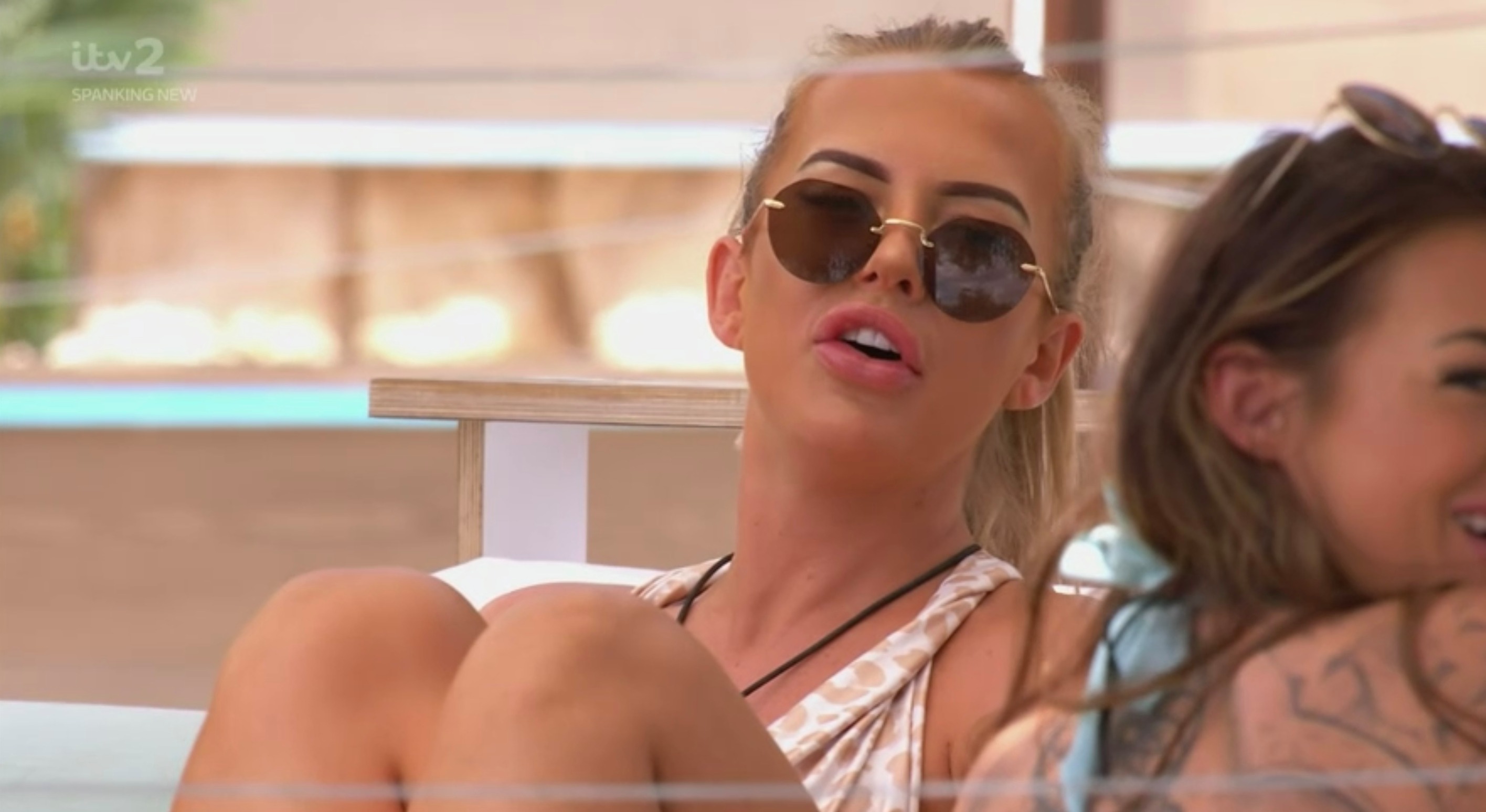 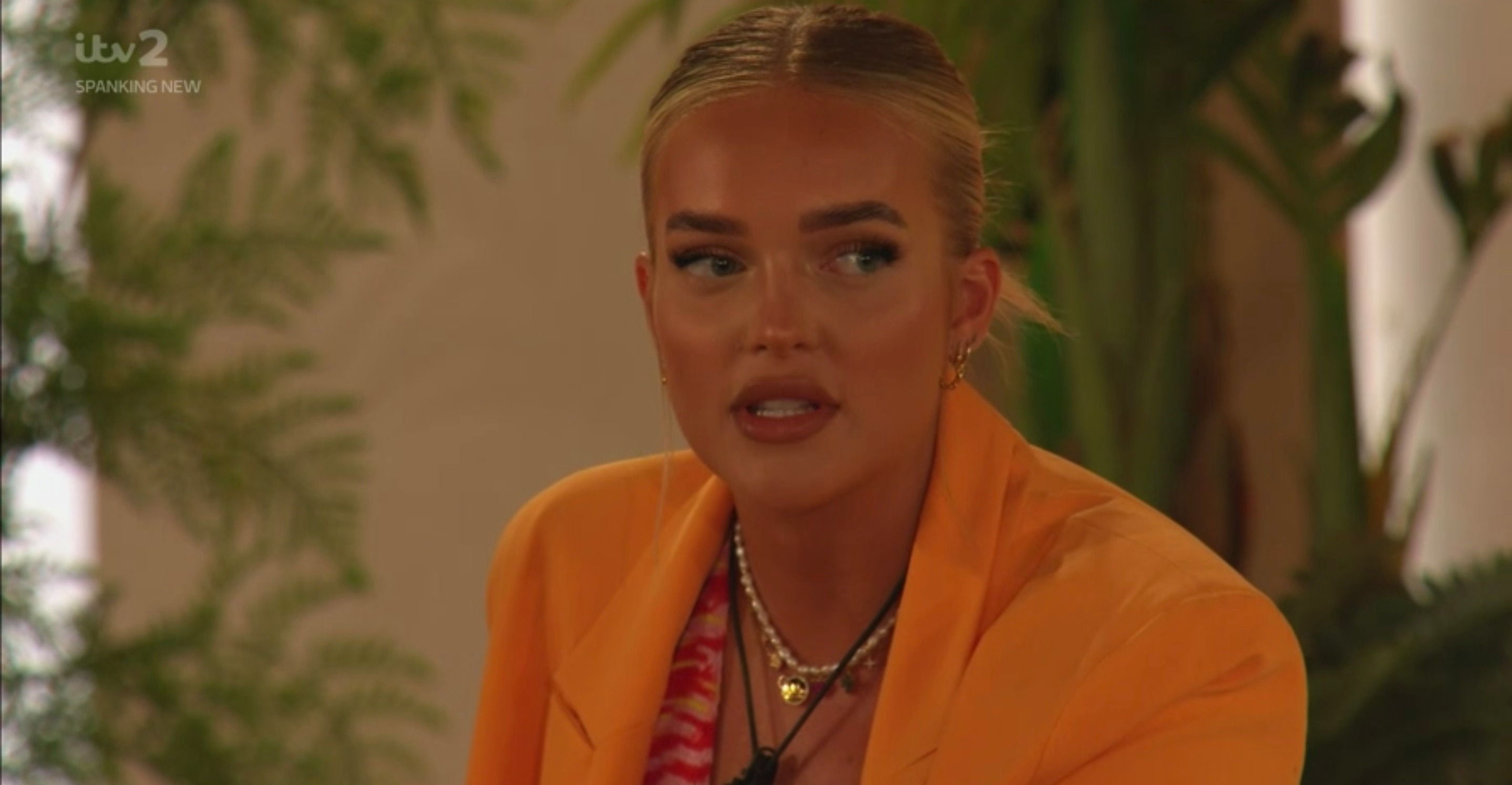 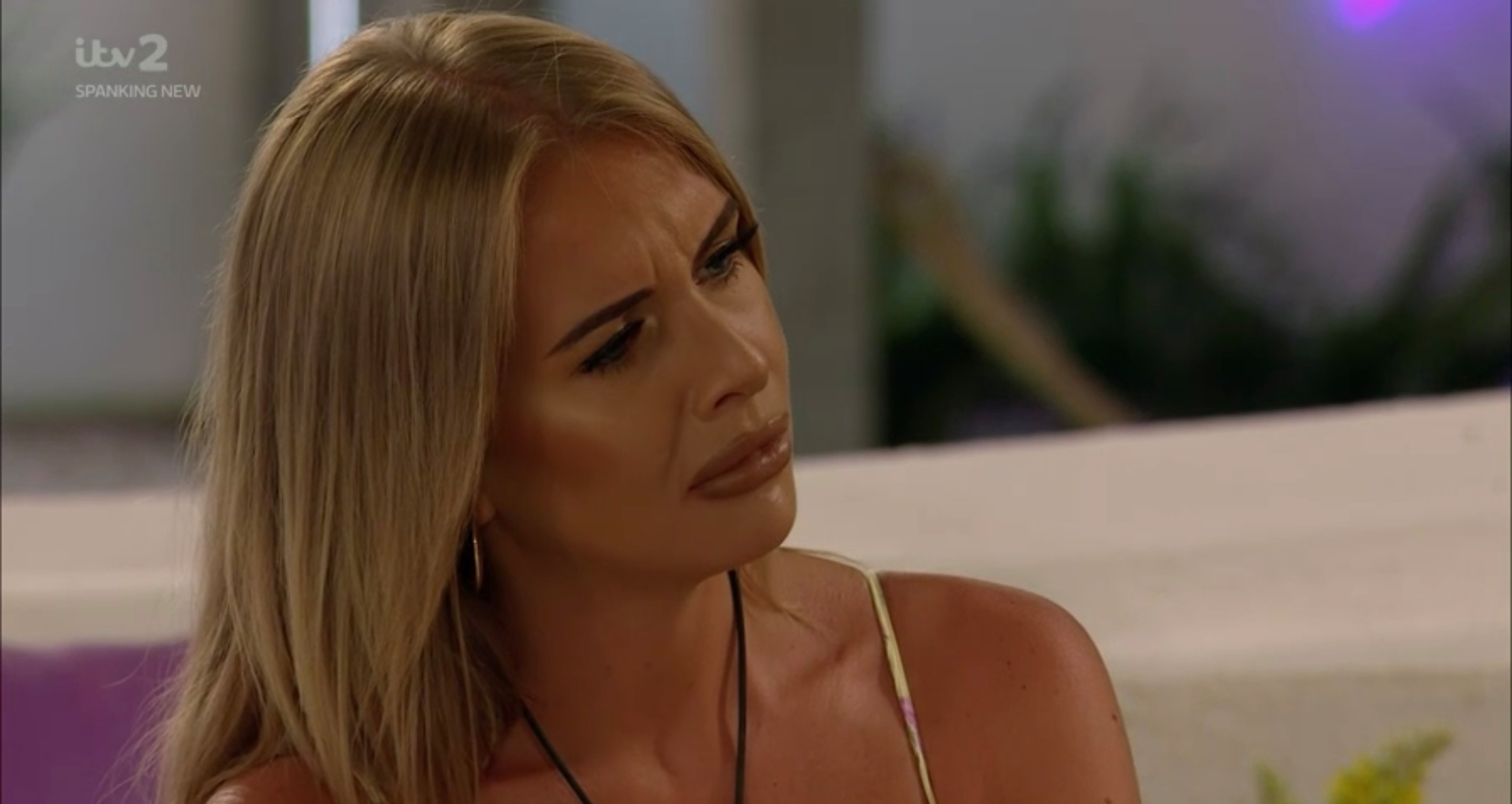