LOVE Island's Adam Collard has contracted the coronavirus after holidaying in Greece and has revealed his symptoms to fans.

The reality star, 24, took to Instagram on Tuesday from isolation to tell fans of his diagnosis and said his symptoms feel like "a bad hangover". 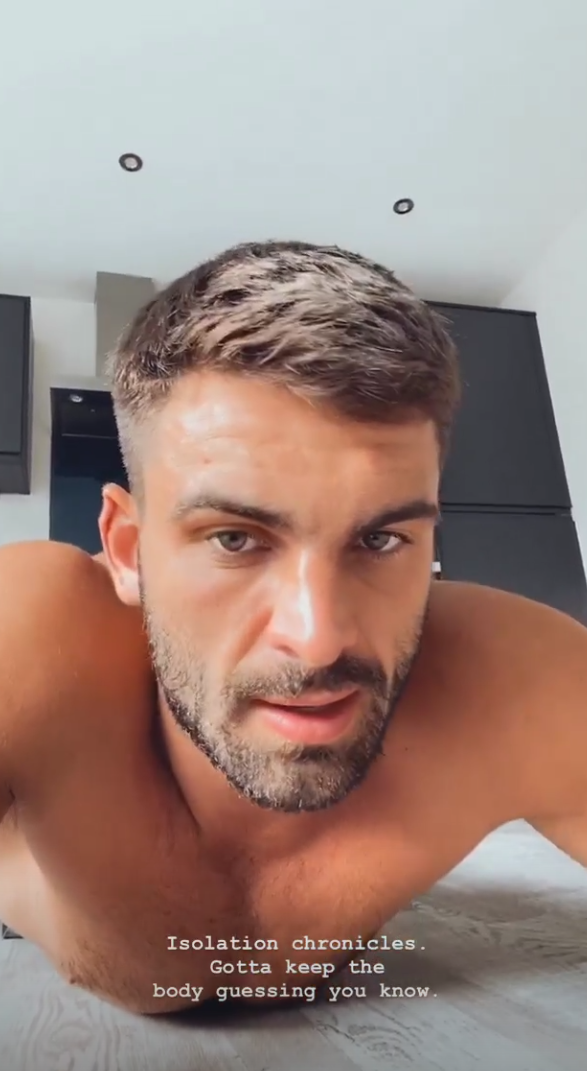 Adam revealed he spent four days in Greece sharing a room with a friend who has not tested positive for the deadly bug.

He wrote on his stories today: "A hell of a lot of people DM'ing me asking what this is like and where it's from etc.

"First point, my best mate and me shared a bed/ flight for 4 days together in Greece and he's tested negative and I'm positive. So it could be from anywhere."

He added that he'd worked out in his local gym before he realised he wasn't well, and that tests had been carried out on its other members and staff. 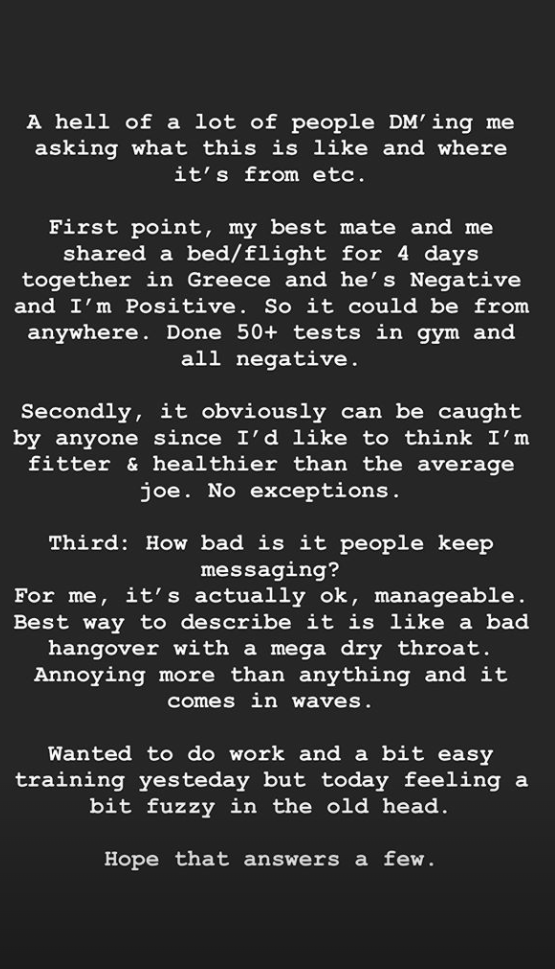 Adam went on to say he had symptoms though they were somewhat mild.

The Geordie hunk, who owns his own gym, credited being fit with helping his body manage the virus.

He said: "Secondly, it obviously can be caught by anyone since I'd like to think I'm fitter and healthier than the average joe. No exceptions.

"Third: How bad is it people keep messaging? 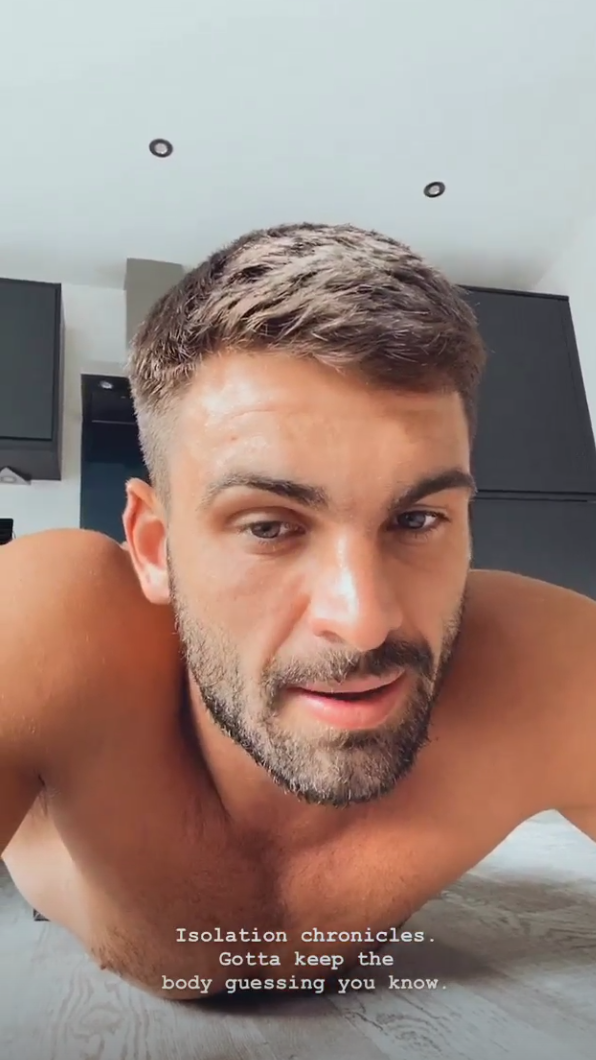 "For me, it's actually ok, manageable. Best way to describe it is like a bad hangover with a mega dry throat. Annoying more than anything and it comes in waves."

He ended his statement: "Wanted to do work and a bit of easy training yesterday but today feeling a bit fuzzy in the old head. Hope that answers a few"

Adam also shared a video of himself lying on his kitchen floor and called it his "Isolation chronicles".

The television star said: "So I've laid in bed, I've laid on the sofa. Now I'm lying on the kitchen floor. Just mixing up the environment you know."

The virus causes a cough, a high temperature and shortness of breath.