LOVE Island "game player" Jake may split with Liberty on the flight home, according to a relationship expert.

The water engineer has been accused of being a "fibber" in the hopes of winning the reality show with girlfriend Liberty. 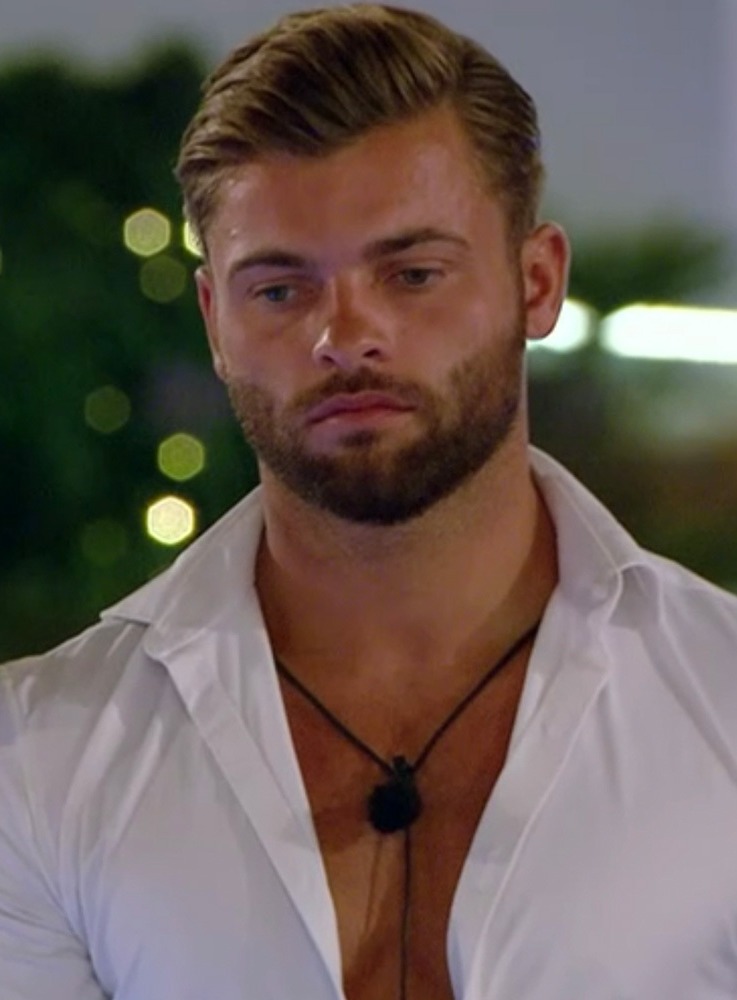 Ruby Payne told New Magazine: "I predict a Curtis and Amy style break-up for these two somewhere down the line, possibly even on the flight home.

"Jake's smile that doesn't quite reach the eyes and telltale body language show him to be the biggest fibber and game player of the year.

"Libby deserves better and I have a feeling she'll realise it too when she gets out of the villa and sees his true colours."

Jake was the centre of dramatic episode this week when he fled the villa after the girls turned on him for telling girlfriend Liberty, "I love you".

He stormed outside after his romantic gesture backfired, with Faye and Chloe urging Liberty, 21, not to believe Jake.

Liberty looked happy for the first time in days after she pulled Jake for a chat in a bid to fix their rocky romance.

He decided it was the right time to drop the L word which left Liberty beaming, but Faye told her: "I think you backed him into a corner, and the only way he could get out of that corner was to throw that at you."

As her comment made it back to Jake via Toby, the lad from Weston-super Mare looked enraged.

He jumped up and said: "I've got to get outta this place."

The 24-year-old stomped through the villa and burst through the front doors with Toby running after him.

Distraught Jake made it outside and sat down, holding his head in his hands as the show went to an ad break.

In a preview from tonight's episode, Jake will go head to head in a row with Faye after he voted for her and Teddy as the least compatible couple. 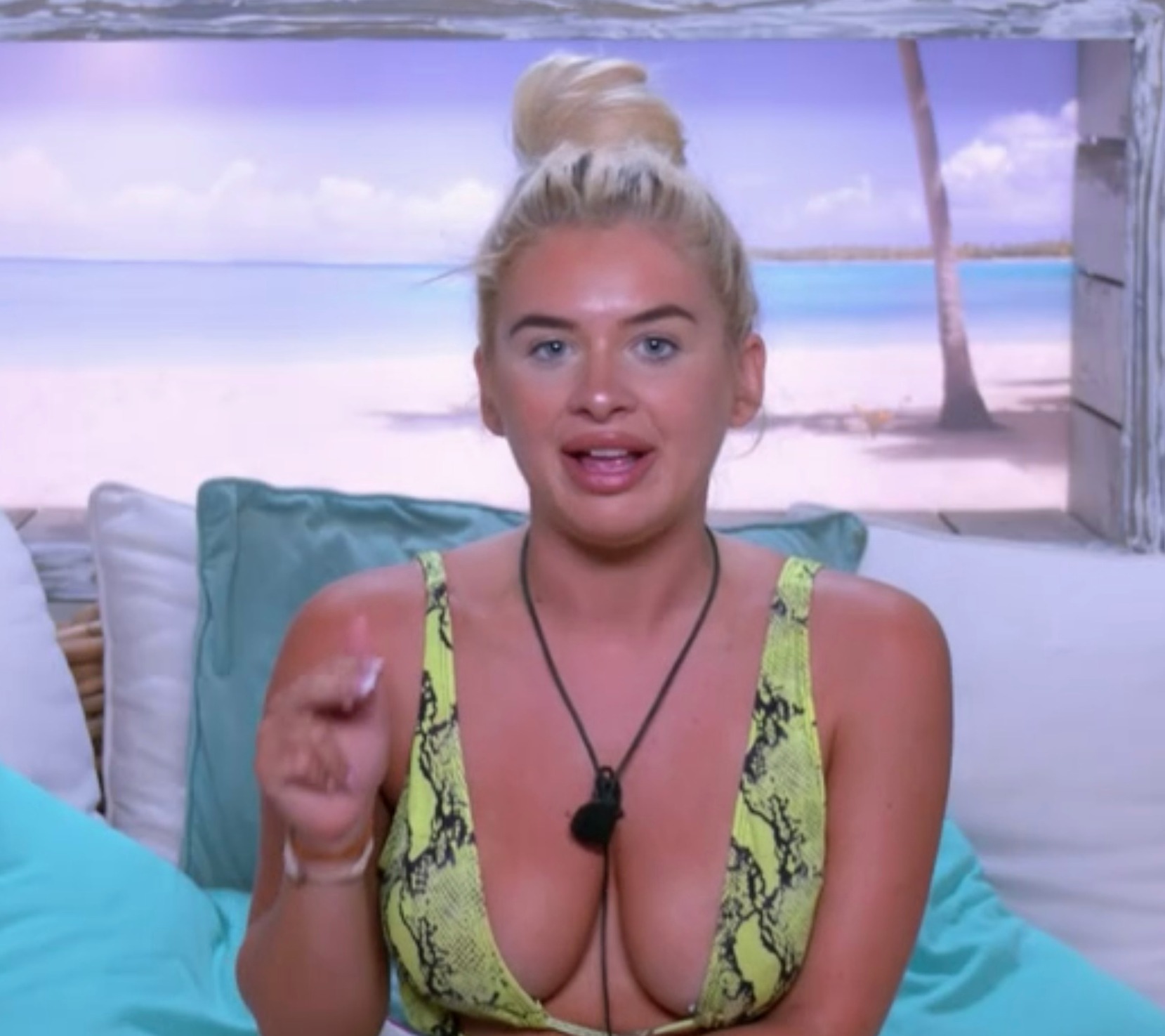 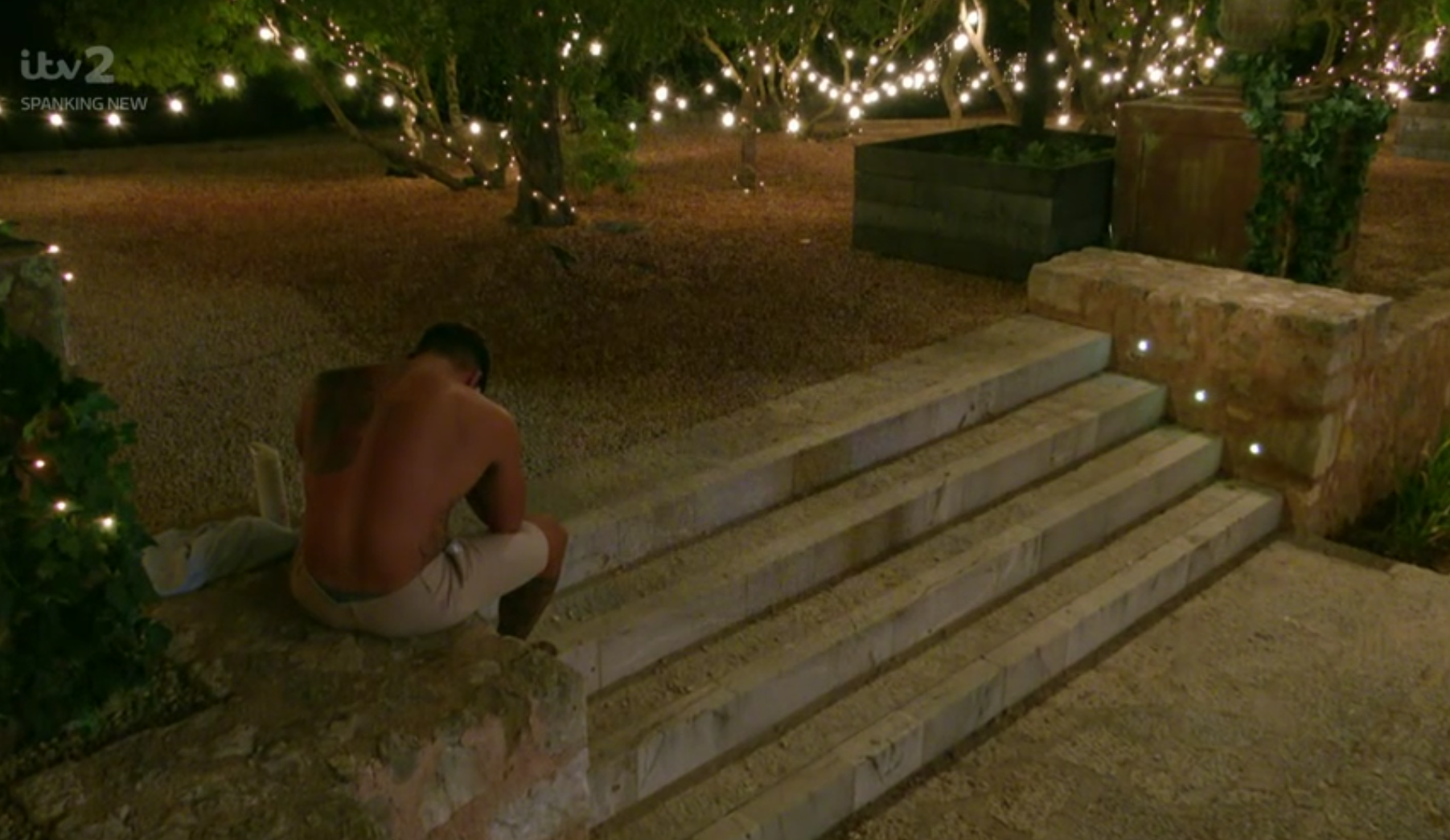 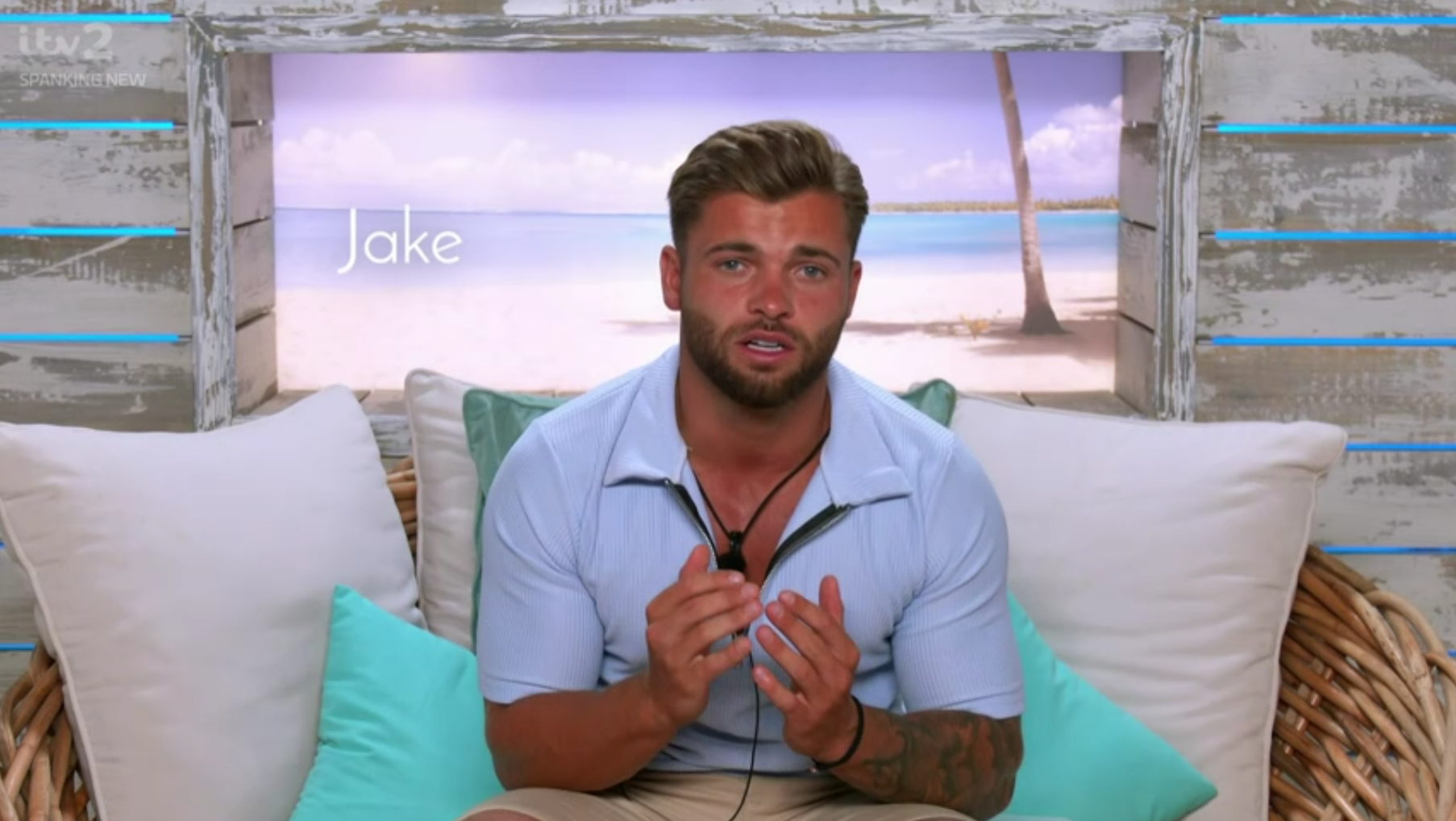