In the smart psychological thriller “Luce,” Kelvin Harrison Jr., plays a reluctant poster boy for the new American Dream. The film finds white liberal couple Amy and Peter Edgar (Naomi Watts and Tim Roth), reconsidering their impressions of their adopted black son after they discover he has written a disturbing essay for a history class at school. In the process of exploring the teenager’s mindset, writer-director Julius Onah envisioned the young character’s identity crisis with some very precise reference points.

“There were two models I gave Kelvin for the character while we rehearsed — Barack Obama and Will Smith,” Onah said. “I see them as the epitome of a cool, non-threatening black masculinity. They have power, they’re charismatic and are greatly influential, and, particularly with Obama, are highly intelligent.”

Those names never come up in the movie, but much of the depth in “Luce” comes from everything that’s left unsaid. Adapted from J.C. Lee’s probing 2013 play of the same name, “Luce” is a shrewd meditation on the policing of black masculinity in present-day America. Luce’s actual motives serve as the enigma at the heart of Onah’s provocative examination of privilege and power.

“Every other character in the film is imposing an expectation on who they think Luce should be, and the audience is invited to also impose their own expectations,” said Onah. “Obviously, for people who are black and live a life that is performative in a majority white culture in order to be rendered acceptable, you’re constantly changing the mask that you’re wearing depending on the context, because, ultimately, that’s what it takes to survive.”

A former Eritrean child soldier, Luce is the adopted son of the Edgars (Naomi Watts and Tim Roth) a privileged middle-aged white couple who proclaim “liberal” values, but are forced to contend with the tension that arises between those values and having to actually live them.

When Luce’s history teacher Harriet Wilson (Octavia Spencer) makes what she believes is a shocking discovery about her student, Luce’s exceptional reputation is called into question. That forces audiences to wrestle with whether he really is guilty of all that Ms. Wilson fears he is, or if her own biases are clouding her judgement. 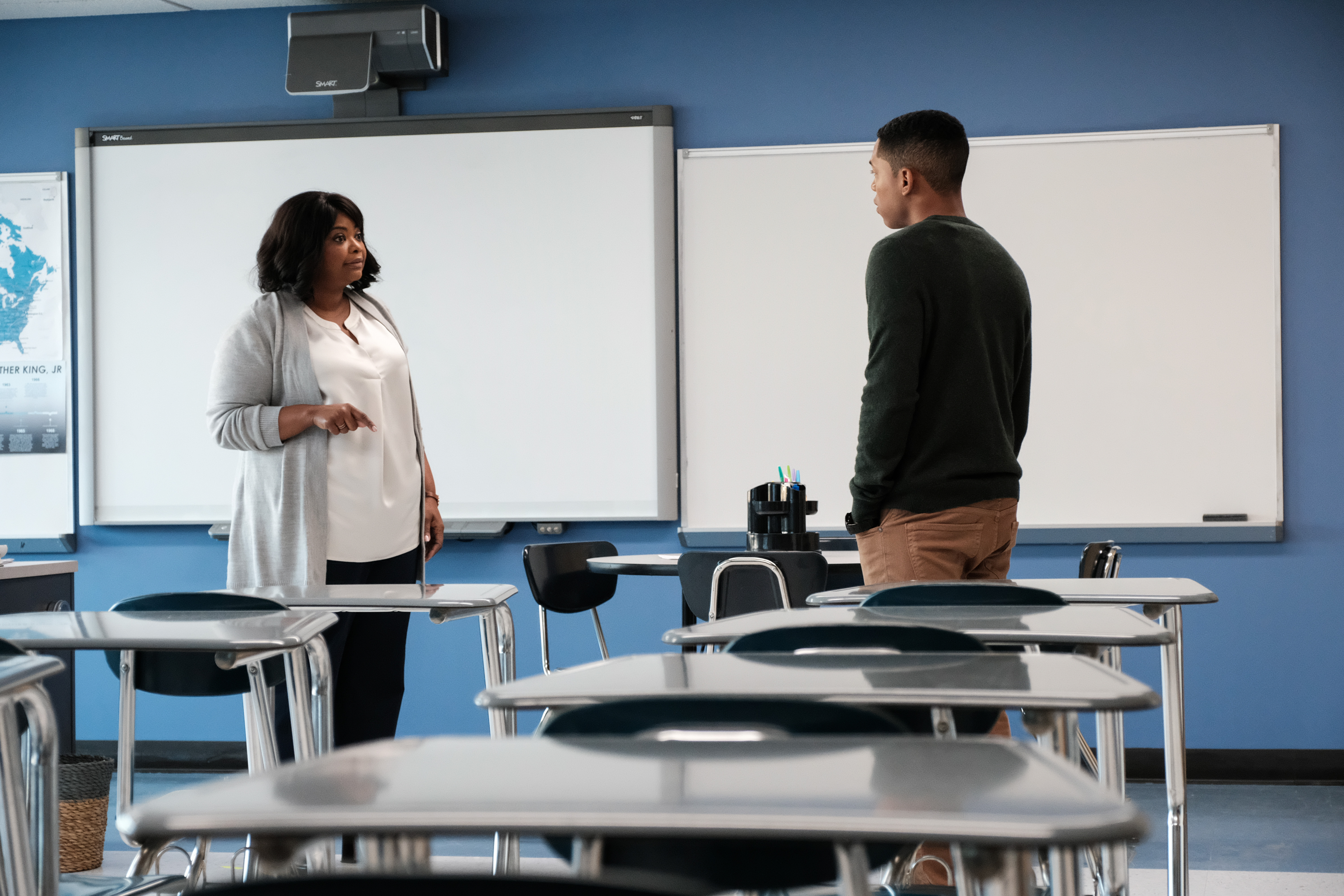 While they’re initially supportive of their son, the Edgars begin to doubt Luce’s credibility and wrestle with their own prejudices, as his increasingly unpredictable behavior propels the narrative forward.

“Luce is like a kid with a sports car who doesn’t have a license to drive yet,” Onah said. “He’s incredibly smart, but he’s still trying to figure things out. While he projects an idealized image, there’s a boiling tension beneath the surface, because he’s trying to figure out who he is, while also wondering if he’s selling himself out.”

Harrison Jr. captures Luce’s interior world and outward ambiguity with astounding depth, as the character struggles to carefully access the most socially acceptable version of himself. “This is a teenager who questions the idealized versions of ourselves that we all sell, which he feels guilty of selling as well,” said Onah. “And at the same time, he understands that he’s privileged by his proximity to whiteness through his parents. But he’s still black, and still faces many of the challenges being black in America brings — most obviously, he is profiled for writing a paper about violence in a way that a white student would most likely not be.”

The paper in question is a homework assignment for Ms. Wilson’s history class. Assigned to imagine the perspective of a historical figure, Luce chooses the provocative voice of pan-Africanist philosopher and revolutionary Frantz Fanon, echoing his ideas about the necessity for violence in the fight against the cruelty of the colonialism of his day. Similarly, Luce’s conflict with Ms. Wilson is rooted in his desire to liberate himself in ways he thinks she hasn’t.

For Onah, Obama and Smith provided a contrast to the image of black masculinity that emerged after Bill Cosby’s Dr. Huxtable: ’90s-era rappers who were seen as dangerous and hypersexual. Smith and Obama provided a new kind of black masculinity that existed between Huxtable and hip-hop, which was broadly accepted. And in developing Luce’s character, the filmmaker saw this as a perfect starting point.

Onah was unfamiliar with Harrison Jr.’s work prior to his audition. There was an open call and many young actors from all over the world were seen. “I honestly thought that we would find someone from Britain, where you have all these classically-trained actors of African descent,” said Onah. “I never imagined we would find someone right here in the States.”

JC Lee’s 2013 play was first produced during the Obama years, but the election of Trump did little to influence how Onah and Lee adapted it to film. 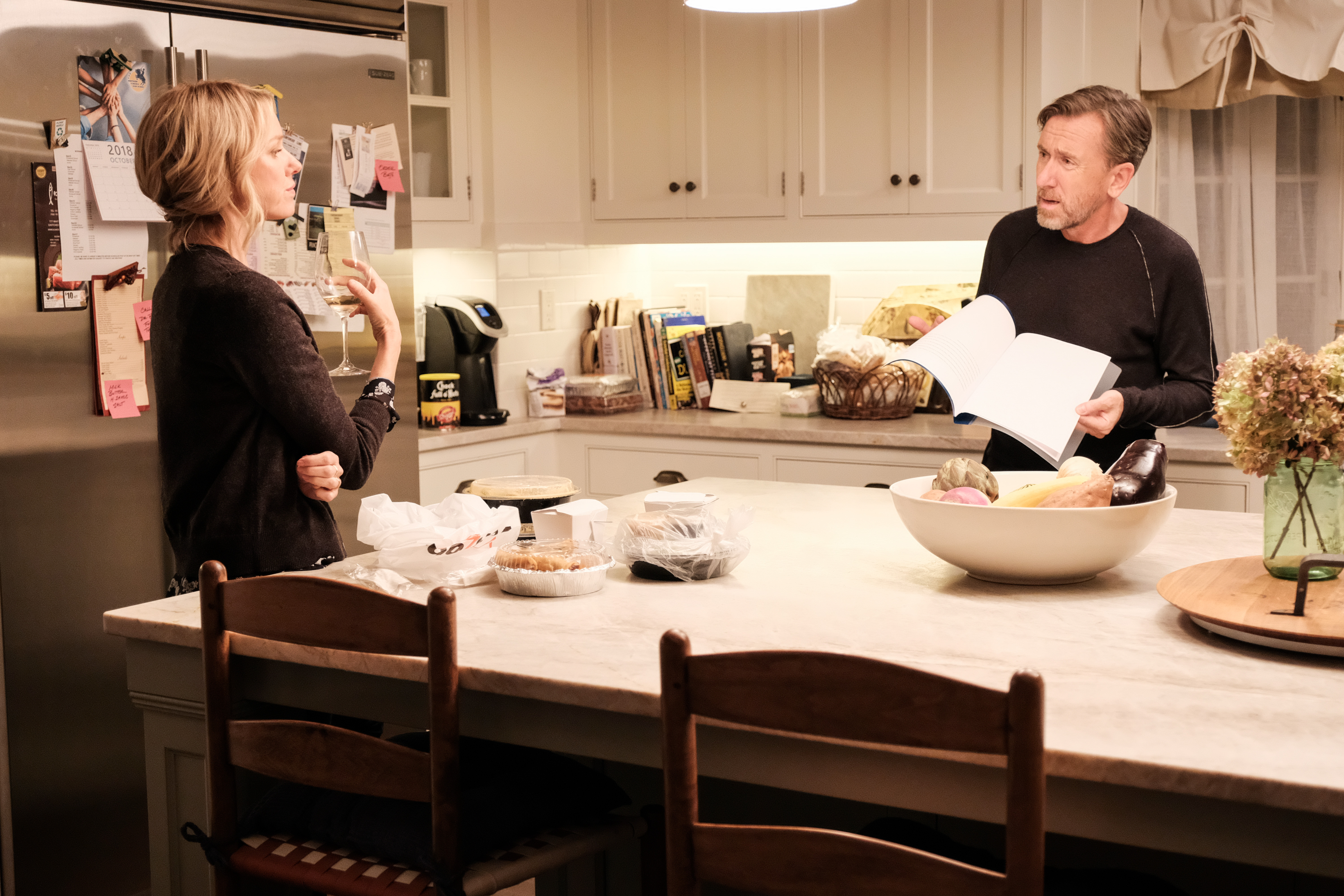 “We didn’t want to make some knee-jerk version of ‘Luce’ in the Trump era,” he said. “We wanted to stay true to what we thought was interesting to us about the story.”

However, between the play and the making of the movie, a number of key events shifted conversations around issues the film tackles, including race, identity, and power. Black Lives Matter emerged, and, just prior to the start of filming in early 2018, the #MeToo movement had its breakout moment. “These events were happening as we were developing the script, and we were definitely galvanized by what was happening around us, but we wanted to stay the course and not be swayed,” said Onah.

And even if “Luce” leaves audiences with more questions than answers, Onah hopes that it inspires self-reflection and a sincere engagement with the story’s ideas. “I hope people embrace its ambiguity, and that it gets under their skin, leaving them to wonder how they fit into all of this,” he said. “I want them to challenge their own experience and POV, and ask themselves how they are participating in the way privilege and power operate in this country, and in our world.”

Neon opens “Luce” in a limited release on Friday, August 2.