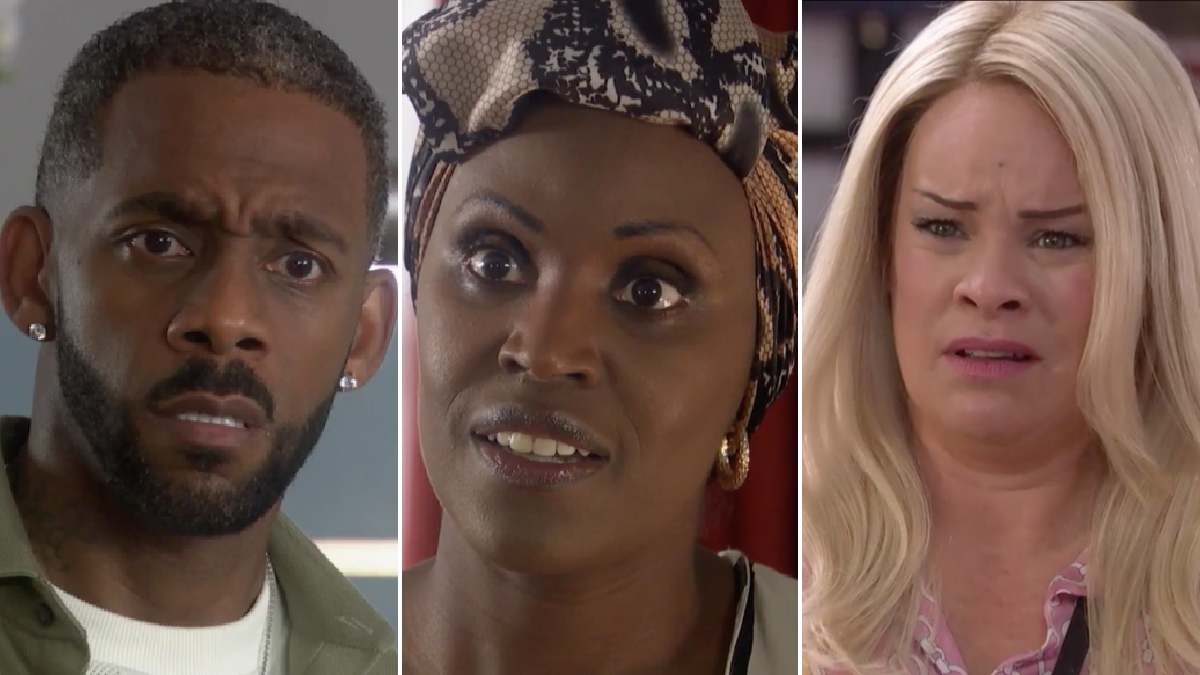 Hollyoaks’ Martine Deveraux (Kelle Bryan) was filled with regret after discovering that Grace Black (Tamara Wall) knew all about her dalliance with Felix Westwood (Richard Blackwood), and therefore she made a decision to put things right.

The businesswoman shared a moment with old flame Felix last week, and has been unable to shake the feeling of guilt, due to her newfound friendship with Grace.

Grace, meanwhile, discovered that her beau had been unfaithful after PC Franks revealed the real reason why Felix was released, confirming that Martine provided him with an alibi.

Feeling utterly betrayed, the former nightclub owner arranged a special meal with Felix and Martine in attendance. As she toasted to loyalty, Martine knew full well that Grace knew about her and Felix’s moment.

Martine apologised profusely, as did Felix, but Grace didn’t want to hear any of it. The Price slice manager asked for Felix to leave, so that she and Grace could have a heart-to-heart, in which she tried to make Grace see how dear she is to her.

Grace ultimately told Martine that she would consider forgiving her, but only if she chooses her over Felix!

‘Blokes, they come and go,’ said Grace, ‘I’ve been through this once before and I’ll go through it again.

‘But this [friendship], well, I’ve never really had a proper mate. So, choose me! Felix is going to hurt you anyway. Please.’

Martine had quite the decision on her hands.

Felix, however, was certain that he and Martine would make a go of things, now that the truth is out in the open.

But as the episode came to an end, Martine made her decision, informing Felix that she chooses Grace.

Is this really it for Felix and Martine?