How complicated will Hanna‘s mother/daughter dynamic get in Season 3? Will Chicago Fire‘s Truck 81 carry a torch for Stella Kidd? What blast from Carisi’s past can SVU fans expect? Read on for answers to those questions plus teases from other shows. (Email any brand-new Qs to [email protected].)

In Season 3 of Hanna (starring Esmé Creed-Miles), will her mother/daughter relationship with Marissa (Mireille Enos) get some focus? –Ivan
“Thanks for the question, Ivan,” EP Tom Coan wrote back, when I relayed your Q about the Prime Video series (which returns Nov. 24). “The Hanna/Marissa relationship has grown into being an emotional centerpiece of the show and is definitely a crucial part of Season 3. We saw how they went from being enemies to allies in Season 1. In season 2, as you correctly highlighted, their relationship very much evolved into a mother/daughter dynamic– a complicated and often uneasy relationship underpinned by a need for the other. The story in Season 3 takes the relationship to a deeper level. They start to see and understand each other better, much more eye-to-eye. A key part of that shift is tied to the secrets that are revealed from their past… you’ll have to tune in to see how it happens!”

Will see Legends of Tomorrow‘s Sara back in the White Canary suit this season? –Derrick
Good news, Derrick: In addition to its “cameo” in the 100th episode, “We will see the White Canary costume a bit more this season,” seres star Caity Lotz tells TVLine. Bonus spoiler: The reveal that Bishop now has his own Gideon is “going to be a huge threat,” Lotz warns. “[From the 100th episode] have seen how powerful Gideon is, and now Gideon is going to be in the wrong hands” 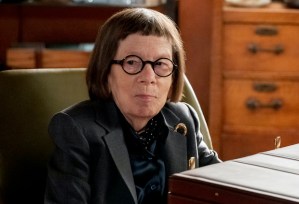 Do you know if NCIS: LA will be ending this season? –Austin
You may recall that I ran that very Q by showrunner R. Scott Gemmill not longer after the Season 13 pickup — and any “final season” speculation hasn’t gained much steam since he gave this answer: “We sort of always have that in the back of our mind [but] I will hope to get a heads-up if that is the case, just so that we can go out with an episode, or a bunch of episodes, that really tie up things and send our characters in to the future in a way that makes everyone happy. But we’ll just have to wait and see. If there is someone that knows, they’re not telling me.”

I would like to know when Season 3 of the Italian Netflix drama Summertime will air. To my knowledge, the filming of the last and final season has been completed. –Anna
I am hearing that Summertime won’t release its swan song until next year.

Now that Chicago Fire‘s Stella is a Lieutenant, when will we get to see her in action? –Jennifer
Showrunner Derek Haas told me that we will see Miranda Rae Mayo back on-screen “before the end of this calendar year,” but “whether or not Stella will be Lieutenant of Truck 81 now that Casey has left is going to be a hot topic of conversation through this next batch of episodes — whether they’re going to hold a spot for her while she’s off doing her good work for Girls on Fire” in Boston. Bonus spoiler: “For the first time in years, as long as I can remember, we’re doing a holiday episode,” Haas told TVLine exclusively. “Episode 9 is going to make the Hallmark Channel jealous of our holiday episode.” (As the EP explained, because of the airing schedule this year, Episode 9 is “kind of on this island by itself” in December, “so we thought, ‘Hmm, maybe we could do a holiday episode’ — and I wrote it.” 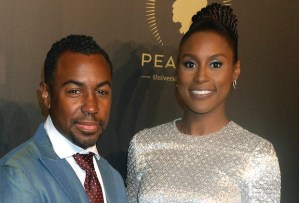 Any scoop on the final season of Insecure? –Malasha
As a matter of fact, TVLine can confirm that showrunner Prentice Penny — who directed the Season 4 finale — will do same for the last two episodes of the HBO comedy’s fifth and final season. Penny also wrote Episode 9, while series star/co-creator Issa Rae penned the sure-to-be-grand finale.

Any scoops on Rollins and Carisi, or just SVU in general? –Ava
We hear that SVU has a real Carisi showcase coming up, in which Peter Scanavino’s ADA is riding along with some officers when a triple homicide takes place — and the situation will cause Carisi’s lawman roots to resurface, big time. 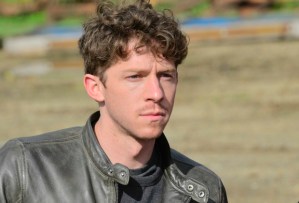 I would like to know if Frank’s grandson, Joe, will be in any episodes of Blue Bloods this season. He’s a great addition to the show, but I haven’t seen any mention of him so far. –Marie
I can confirm that Will Hochman is locked in for a Season 12 appearance as Joe Hill, yes.

Will Gemma’s miscarriage play any larger role in this season of The Neighborhood? –Dee
“That’s my hope,” showrunner Meg DeLoatch told TVLine. “We have an episode towards the back half of the season where Gemma goes through a crisis of spirituality, and she is going to attribute it to this grief that she has been feeling about the loss of the baby. She’s going to go on a bit of a journey looking for what is going to bring her a feeling of peace and healing. So yes, we won’t talk about it every episode — and that’s real, because at some point you try to move forward — but the actual loss is going to stay with her for a while.” 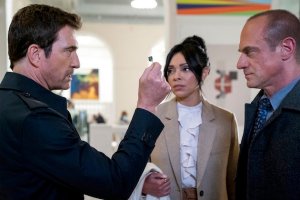 When can we expect Dylan McDermott’s Richard Wheatley to return to Law & Order: Organized Crime? –Emily
Well, this much we know: Angela Wheatley, played by Bones alum Tamara Taylor, will feature “heavily” in the middle pod of Season 2 episodes, which will, once again, focus on Richard Wheatley.

Do you guys have anything on Magnum P.I. that doesn’t involve a love interest? –Ariane
I can confirm that Devon Sawa (Nikita, Chucky) is going to be playing Robbie Nelson, a (sketchy-ish?) childhood friend of Rick’s, in a multi-episode arc that kicks off Friday, Nov. 12.

If you want the Inside Line on a favorite show, email [email protected]! Questions left in Comments will not be read and may very well count against your final score. (With additional reporting by Mekeisha Madden Toby, Kim Roots, Ryan Schwartz and Vlada Gelman)