The star, 32, appeared upbeat as he was spotted wearing a support brace as he arrived for rehearsals with professional dance partner Dianne Buswell. 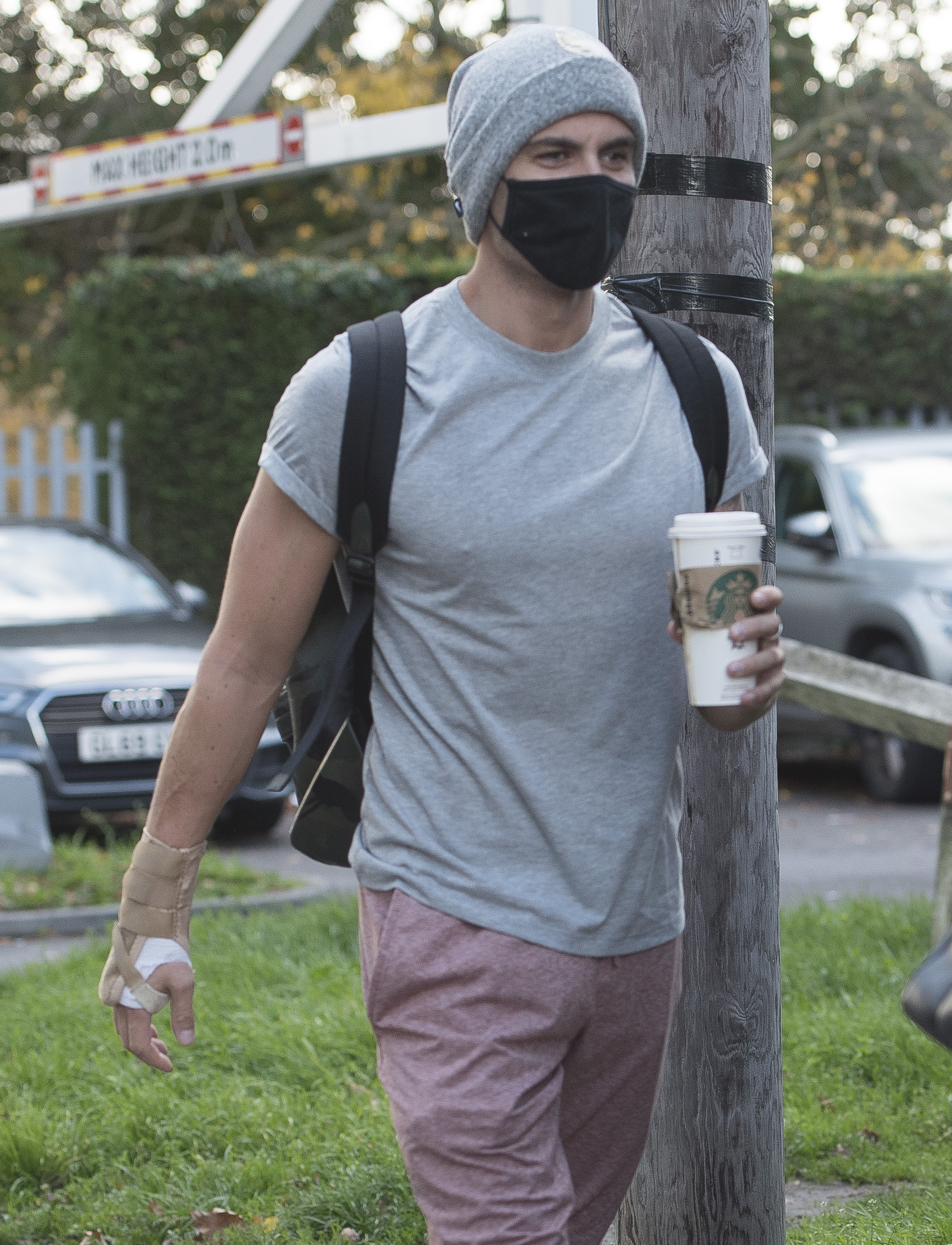 Max was dressed casually in a pair of grey pink marl bottoms, and a grey T-Shirt, matching grey beanie and a rucksack on his back.

He stayed safe with a black face mask and made sure to keep hydrated with a drink held in his uninjured hand.

The nude support bandage on his right arm was clearly on display, with a Strictly spokesperson explaining: “Max sprained his wrist in the gym a few weeks ago, so it's just there for support while he trains."

Dianne, 31, was also seen as she headed into rehearsals, dressed in grey leggings and an on-trend brightly coloured tie-dyed jumper, and her trademark red hair. 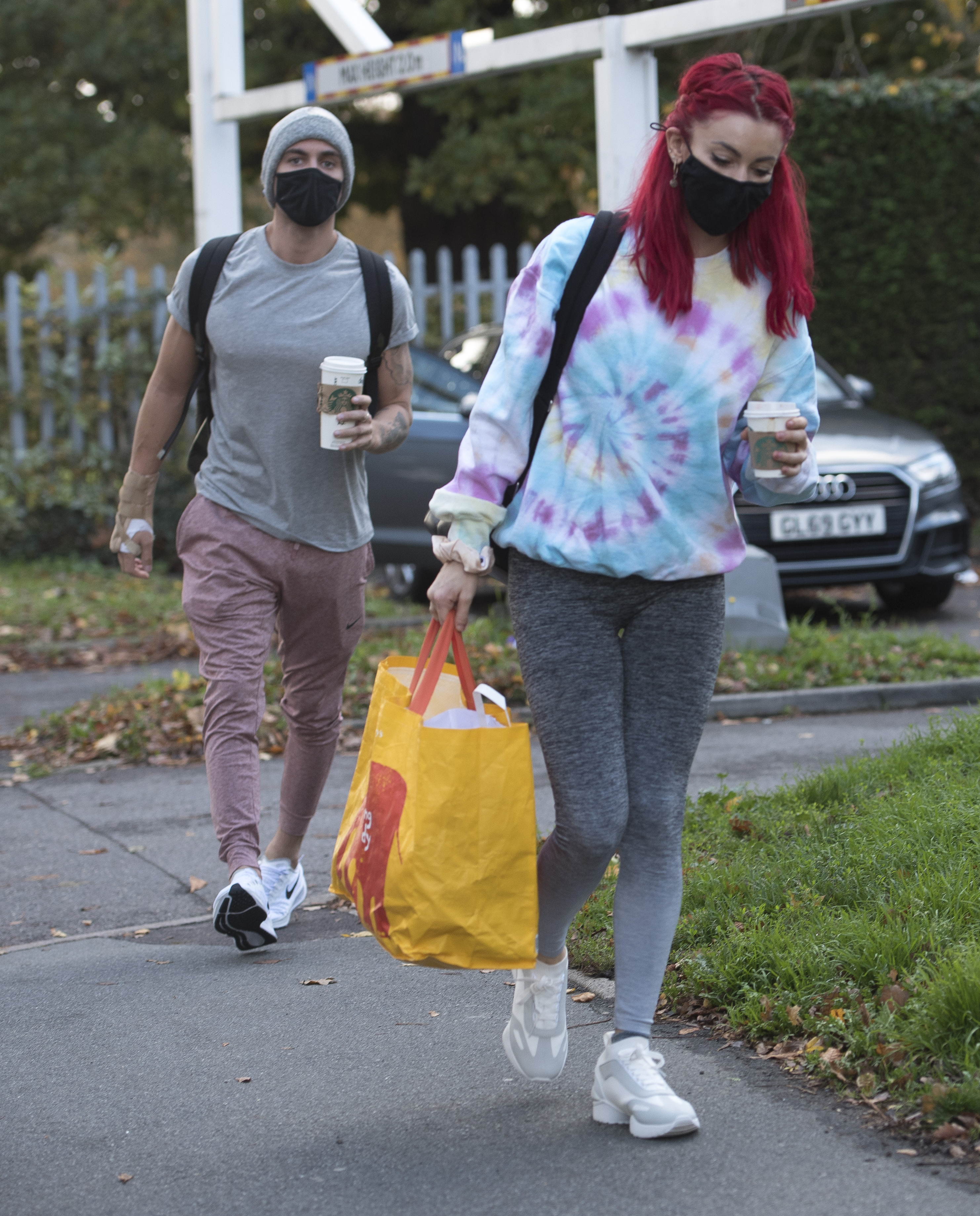 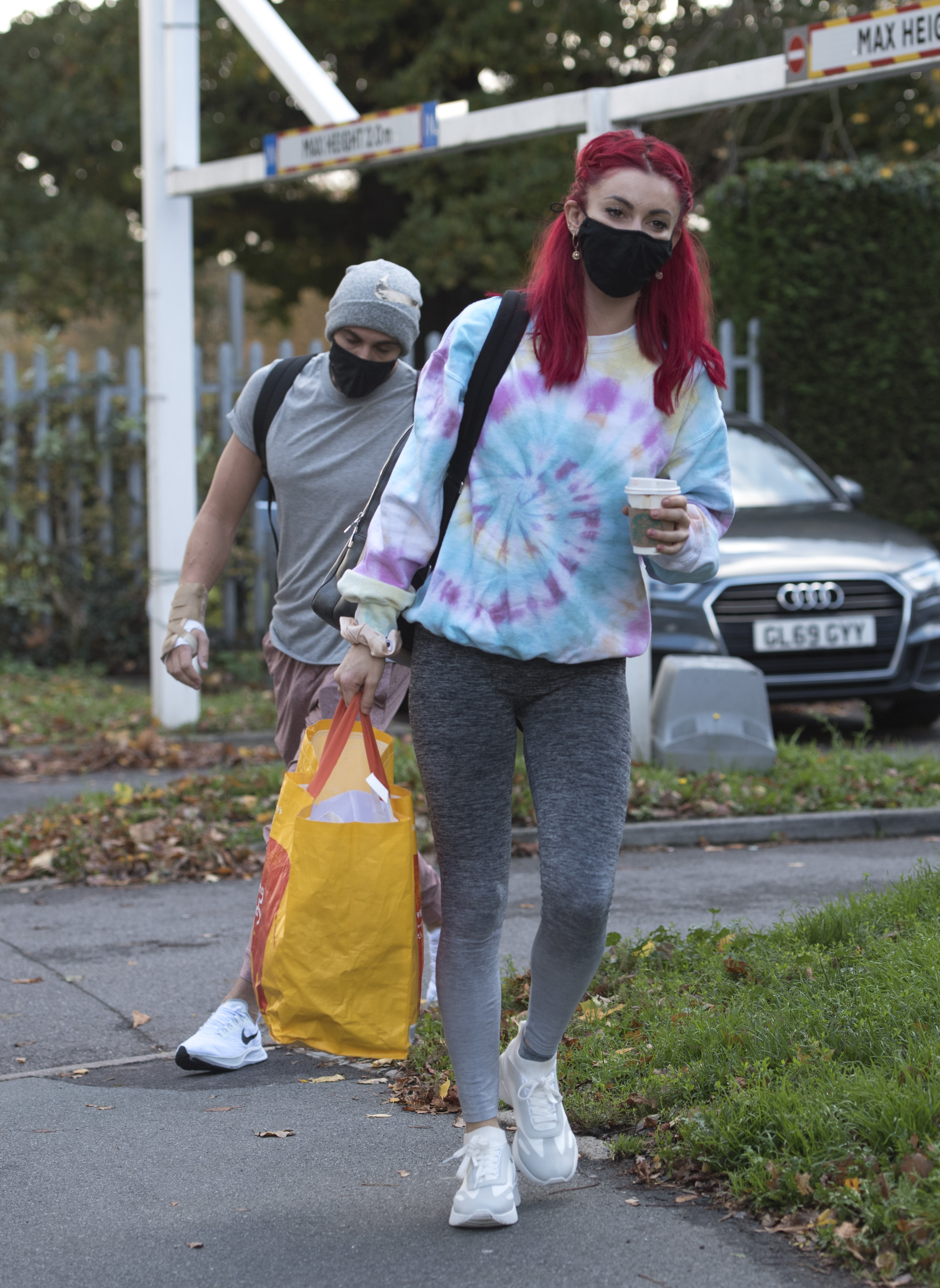 The professional dancer also held a big bag for life in her right hand, perhaps to save her partner from having to carry it and further aggravate his injury.

The pair have limited time to combat Max's sprain before he has to perform in front of the judges for the first time, with all of the celebs set to take to the dancefloor this Saturday.

Max previously revealed his nerves at taking part in the BBC show, admitting that he is such a bad dancer he almost lost his place in boy band The Wanted due to his lack of rhythm.

The hunk shot to fame in the group, and his bandmate Jay McGuinness won the 2015 series of Strictly after impressing with his own fancy footwork. 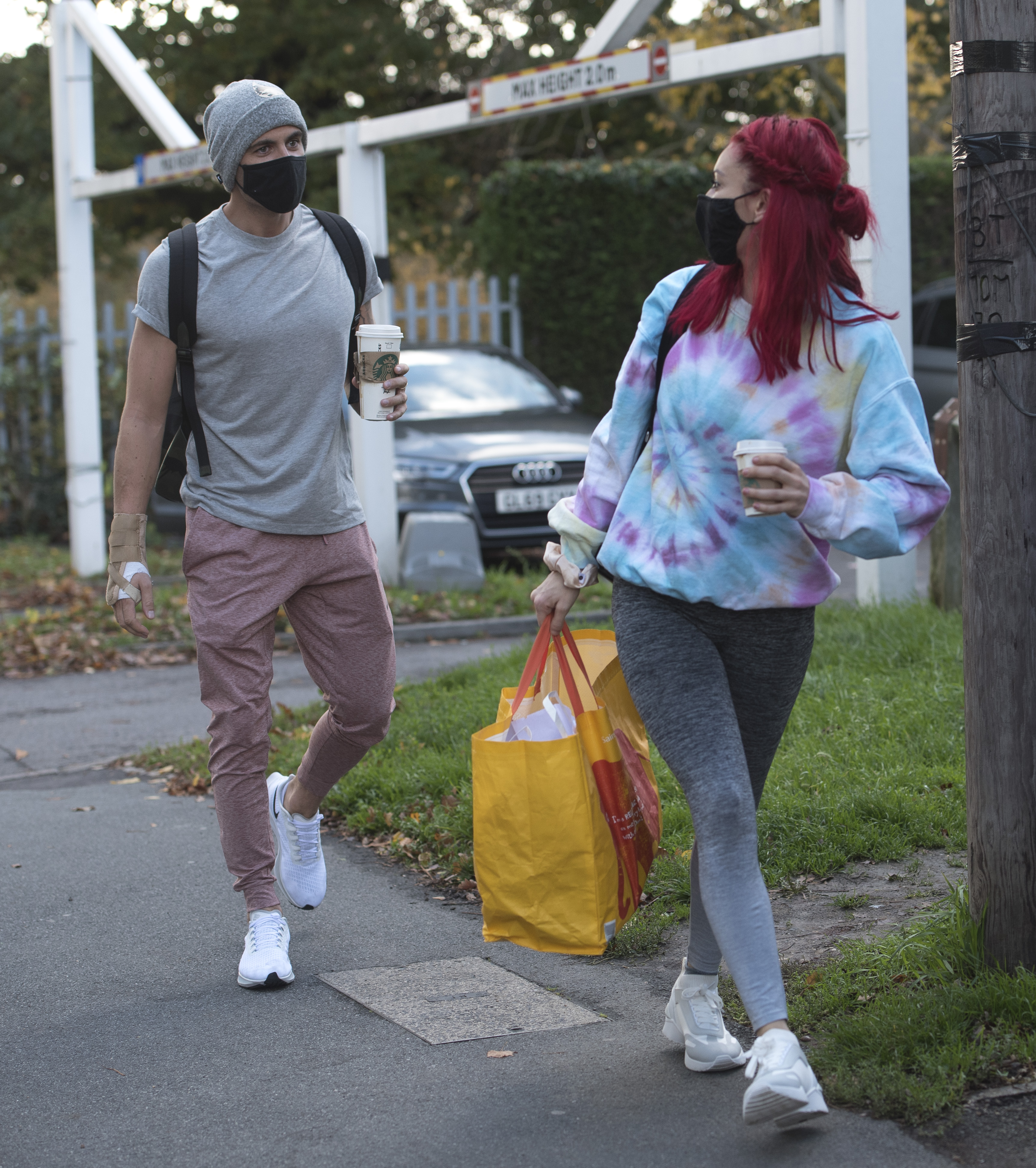 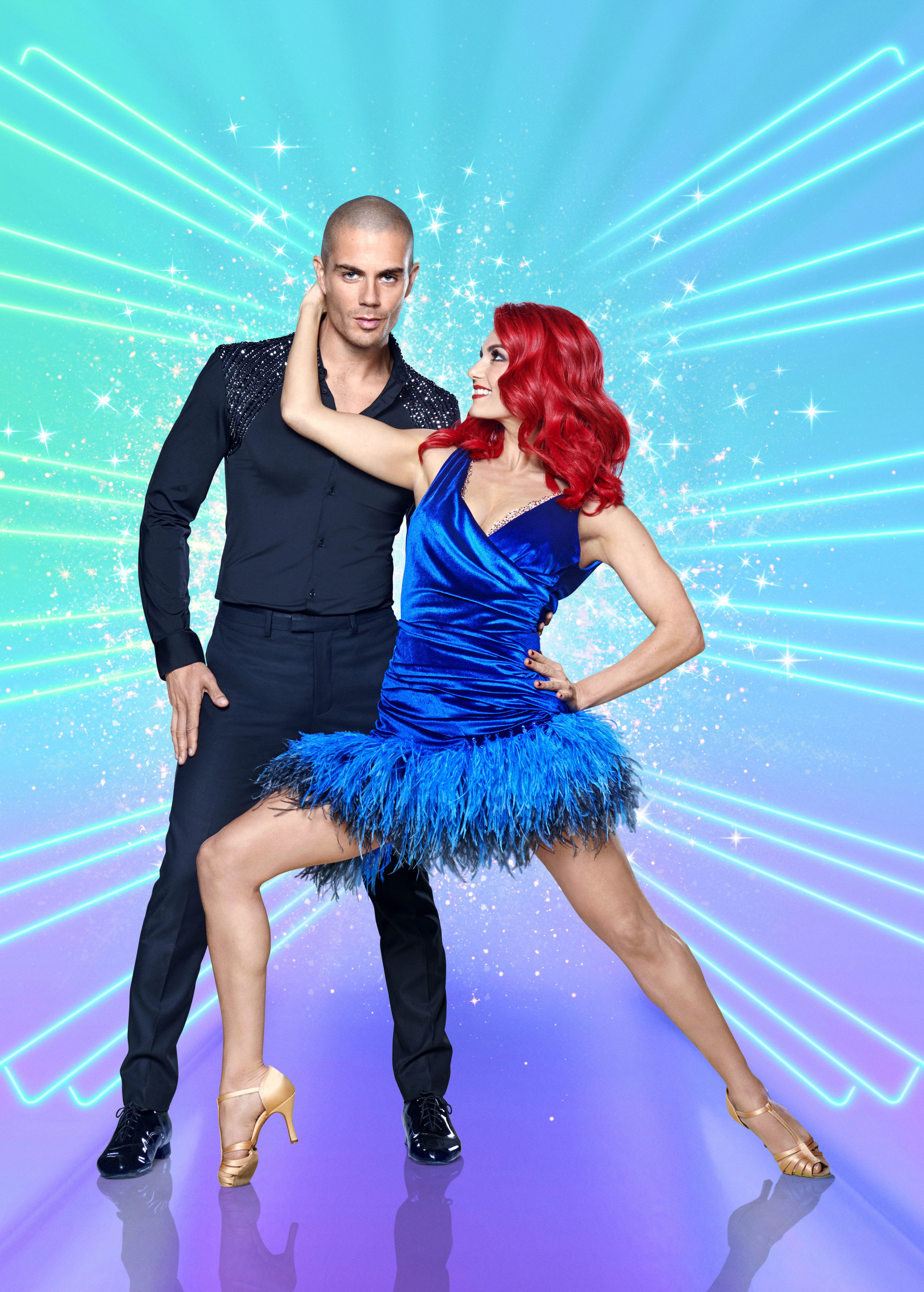 Max is the first celebrity this series to have been seen with an injury, although Jamie Laing famously injured his foot while recording last year's launch show – forcing him to pull out of the competition and return in 2020.

Meanwhile, there was chaos earlier this month when pop star HRVY tested positive for coronavirus – but thankfully after isolating and then testing negatively for the disease he was able to return to the competition as planned.

Strictly launched at the weekend, with nine million fans tuning in to see which professional dancers the stars had been paired with.

Maisie Smith, Ranvir Singh, and Clara Amfo are among the stars to join Max, HRVY, and Jamie in this year's competition.