The Season 4 finale of The Handmaid’s Tale delivered the show’s most cathartic series of scenes to date, beginning with the moment in which June (Elisabeth Moss) vows to kill her rapist, Fred Waterford (Joseph Fiennes). Having made a deal with the Canadian authorities to turn state’s witness, Waterford is on the verge of becoming a free man, forcing June and her fellow former handmaids to take matters into their own hands. And so, the episode culminates in June & Co. chasing Fred through the woods—making him finally feel a shred of the terror they had all felt for so long—and then tearing him apart.

One of the key players in this plan is Max Minghella’s Nick, Fred’s one-time employee who is only too happy to turn on his sadistic former boss. The execution also becomes a climactic moment in June and Nick’s tempestuous wartime romance, as they kiss passionately in front of the doomed Fred.

Below, Minghella discusses shooting those pivotal finale scenes, what Season 4’s ending means for June and Nick, and his role in the latest Saw movie, Spiral.

Were you satisfied to see Fred finally getting what was coming to him?

To be honest, Joe is a dear friend, and it’s really a family we have [on Handmaid’s], so a part of me was very sad that he wouldn’t be up in Toronto with us next year. Although I have a feeling that, given we are a show which has the capacity for flashbacks, that we may have to drag him back, or maybe that’s me being optimistic. But I found it to be a very, very satisfying final episode to a season that I think is far and away the best season we’ve done. It’s got great melodrama.

The final moment between Nick and Fred, when Fred keeps calling him “son” and trying to get him on his side, was really satisfying. What do you think is going on for Nick in that moment?

Fred is somebody who is just inherently manipulative, so I think it’s a fairly transparent angle he’s trying to take. The weird thing is I didn’t notice that until I watched the episode. I remember it was actually really nice shooting that scene, because we were quite wide, so what happens as an actor is you forget the cameras. It’s much easier to inhabit the fiction, and so I wasn’t even conscious of it. I remember feeling so determined to get Fred to the van, to get him to where we need him, and then there was a sort of reveal for me, almost, watching it back, that [Fred] was having this whole kind of breakdown in the meantime.

The moment when June and Nick passionately make out as he hands Fred over to her was maybe my favorite part.

It probably says a lot about Lizzie and I that we didn’t recognize the perversity of that in the moment! We were just like, “We’re going in, let’s do it!”

The season ends on a pretty bleak note between June and Luke, when she goes home to him after murdering Fred. A lot of fans are kind of speculating about what that means for her and Nick.

I think it’s very complicated. To be honest, I get a little bit sort of … I guess uncomfortable with the focus on her romantic life. I feel like that should be secondary to her mission, this far more important mission that’s more what the crux of the show is about. I’m Team June, and whatever she decides to do is alright by me. 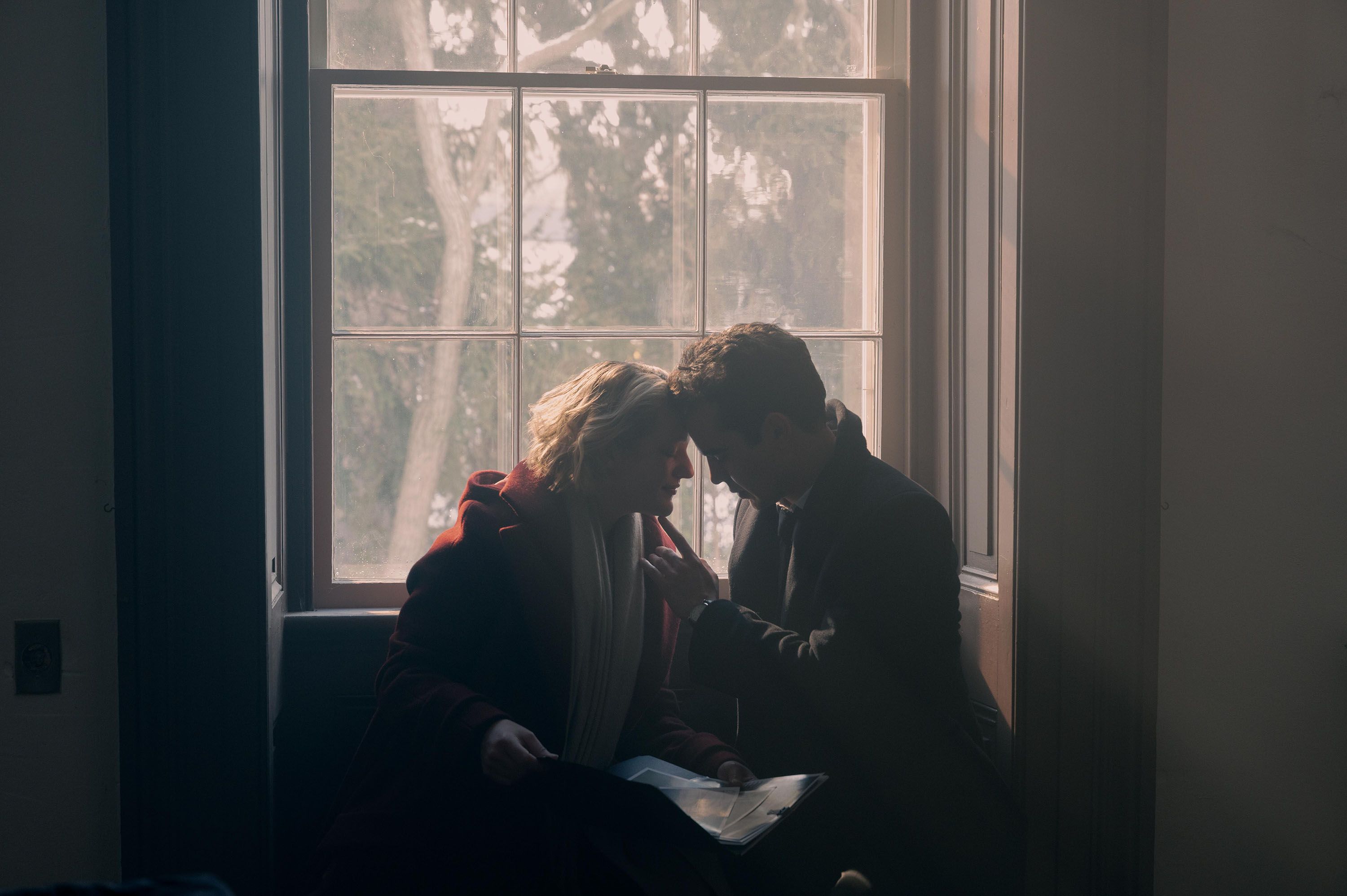 But I think her romantic life—Luke versus Nick—is just a way that the show explores June’s conflict about her mission. Luke, as much as he’s trying to be supportive, really can’t comprehend what she’s been through, and he can’t support her in that mission. Whereas with Nick, it’s a different story.

Yeah, and I really empathize with Luke. It’s very easy to understand how alien this must all feel to him, and he’s done so much. I mean, he’s been raising somebody else’s child! You can feel him trying to be the best husband he can. So I don’t know, I have so much compassion for his situation.

Speaking of marriage, Nick pulling out a wedding ring in Episode 9 became a huge talking point. What was your reaction to that?

You know, I read it, we shot it, and then I totally forgot about it. So when I watched the episode, I had a reaction like an audience member of being like, “What the fuck? Who’s he married to?” I’m very curious to see how that’s going to play out. I’m really in the dark about what’s going to happen next and as curious as everybody else is.

June and Nick’s reunion in Episode 9 is a very tender, intimate scene that makes clear how happy they are together. It’s probably the longest they spend together in a couple of seasons. What was it like filming those scenes?

I had the privilege of shooting the biggest June/Nick moments this year with Lizzie directing, both in Episode 3 and Episode 9. And there’s so many advantages to that. I think she’s really quite wonderful with actors, and eliciting truth out of actors, and there’s a kind of comfort level obviously between us, having worked together for so long now. So they were really wonderful days of work.

Episode 9, as you can probably tell, I was extremely cold! That certainly influenced a lot of my performance, I can see myself just sort of struggling for oxygen in most of those takes. But it was wonderful to do, and it’s really lovely to play these moments of peace and quiet and kindness and romance in a show that is often incredibly upsetting. So I really enjoy shooting those scenes. I can’t speak for Lizzie, but I think she enjoys doing them, too, because it’s cathartic for us as actors. 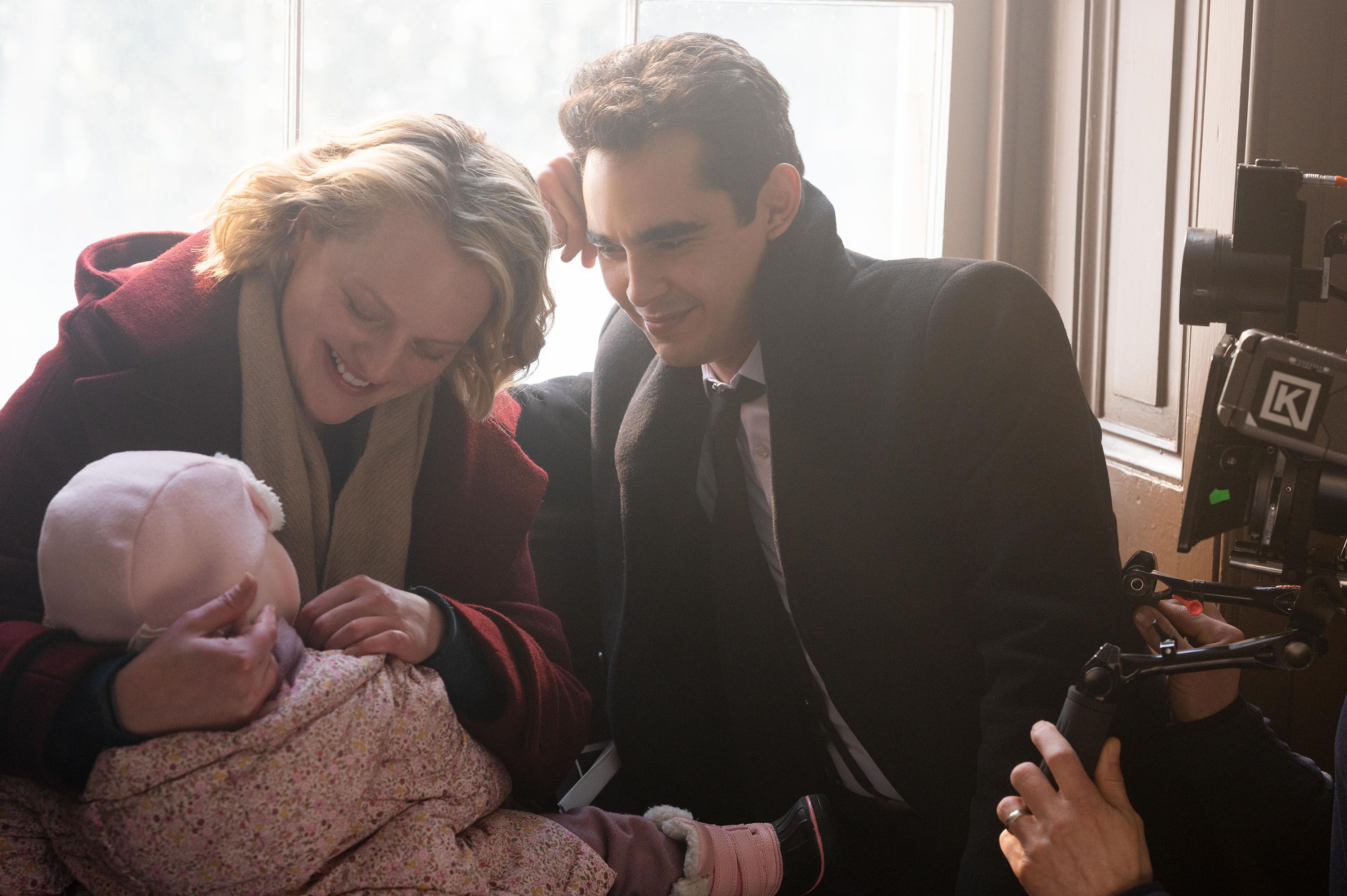 You’re also starring in Spiral, the latest movie in the Saw franchise. What was it about joining the franchise that appealed to you?

It’s probably the closest to my taste of anything I’ve worked on, weirdly. I’m completely obsessed with Beverly Hills Cop. I would say if there’s any piece of pop culture that is inside my bones, that is it. So it was a funny, very serendipitous thing. Around the time that I got the script, I’d started a VHS collection, and I was watching a lot of movies from a certain period of time that were in a certain genre space, like Lethal Weapon and 48 Hours, these buddy cop action movies that had sort of slivers of humor within them; they weren’t self-serious. I was really yearning for a movie like that as an audience member. I was like, “Why don’t we make these films anymore?” I feel like people would turn up for them, and I’m really missing them. I knew that we’d sort of been talking about the Saw movie, but I had no idea what the take was. So when I finally got the script and it was so embedded in this sensibility, it felt very serendipitous. Like it was all meant to be.

Where do you source your VHS tapes? My mum still has a bunch, but beyond that, I have no idea where to get those.

In the pre-COVID world, Amoeba Music in L.A. used to sell VHS tapes, so that was my go-to spot. Since then, I’ve become an eBay person, but I’ve had to stop. I honestly went so crazy in the pandemic and I got so many tapes that I’ve now run out of shelf space. So I’ve had to put a pause on it. I think it’s just all about some desperation to be living in a different time period.

I feel that. The ending of Spiral, without getting into spoilers, leaves it pretty open for your character to return. Is that something you’d be interested in?

Chris [Rock] and I would love to do another one. I think it’s really up to how well the movie performs; it’s got a lot of life left in it, there’s some places it still needs to come out. So it’s going to be just about how people connect to the film and if they want to see another one. But we had a blast doing it and would happily come back if they wanted us to.

The opportunity to get to work with Chris Rock, who’s somebody I’ve just admired my entire life, and to work with him in such close proximity in a meaningful way is just another total dream come true. He’s just an amazing filmmaker. He’s not just an actor, he’s a really brilliant director and writer, and I love working with people like that. I always get so much out of it when you’re working with people who understand the whole process and can look at it from every angle. I find the conversations tend to be a lot more stimulating, and it’s all education. And I really just look at everything as an opportunity to learn.

What’s next for you?

I’m about to start shooting Babylon, which is this Damien Chazelle movie about the transition from silent films to talkies. As a big movie nerd, it’s embarrassing how little I knew about that time period, so it’s been a really compelling project to research. I’m really enjoying that so far, and it’s going to be nice to shoot something at home. So I’m looking forward to spending my summer doing that.

This interview has been edited and condensed for clarity.