Country singer was recorded on Sunday 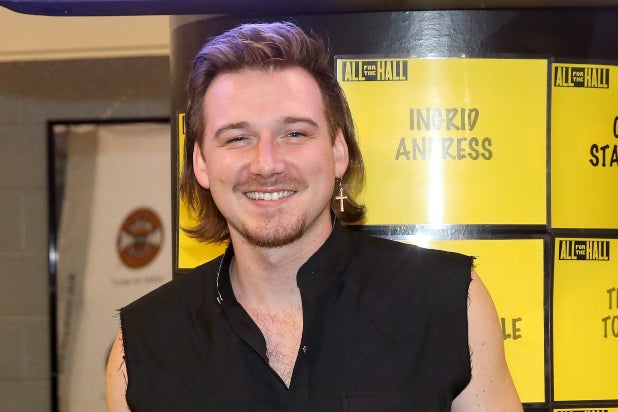 Following the release of a video in which he can be seen and heard using the n-word, country star Morgan Wallen apologized on Tuesday.

“I’m embarrassed and sorry. I used an unacceptable and inappropriate racial slur that I wish I could take back. There are no excuses to use this type of language, ever,” Wallen said in a statement provided to TMZ, which first published the video. I want to sincerely apologize for using the word. I promise to do better.”

The video was taken Sunday morning by one of Wallen’s neighbors. The singer and several friends had apparently been out in Nashville partying and arrived at his house around midnight. The noise they were making — which included Wallen using the slur while talking to his friends — prompted a neighbor to begin recording, hence the video capturing the event.

Following the release of the video, Variety reported that radio chain Cumulus Media had ordered Wallen’s music dropped from all of its stations. “Team, unfortunately country music star Morgan Wallen was captured on video Sunday evening using a racial slur. Effective immediately we request that all of Morgan Wallen’s music be removed from our playlists without exception. More to follow,” read a memo obtained by Variety. Representatives for Cumulus didn’t immediately respond to a request for comment from TheWrap.

Wallen’s second album, “Dangerous: The Double Album,” was released Jan. 8 and has spent every week since at the top of the Billboard pop charts.

Wallen’s last PR black eye came last fall, when he was set to be the musical guest for the Oct. 10 episode of “SNL” hosted by Bill Burr. He was kicked off after he was seen in social media videos partying in Alabama without a mask on.

“I was getting ready for ‘SNL’ this Saturday, and I got a call from the show that I will no longer be able to play, and that’s because of COVID protocols, which I understand,” Wallen <a href=”https://www.instagram.com/tv/CGDvWpAniWw/?utm_source=ig_embed”>said</a> on his Instagram, after videos on TikToks showed Wallen in Alabama without a mask at a crowded bar and a house party. “I’m not positive for COVID, but my actions from this past weekend were pretty short-sighted, and have obviously affected my long-term goals and my dreams. I respect the show’s decision, because I know that I put them in jeopardy.”