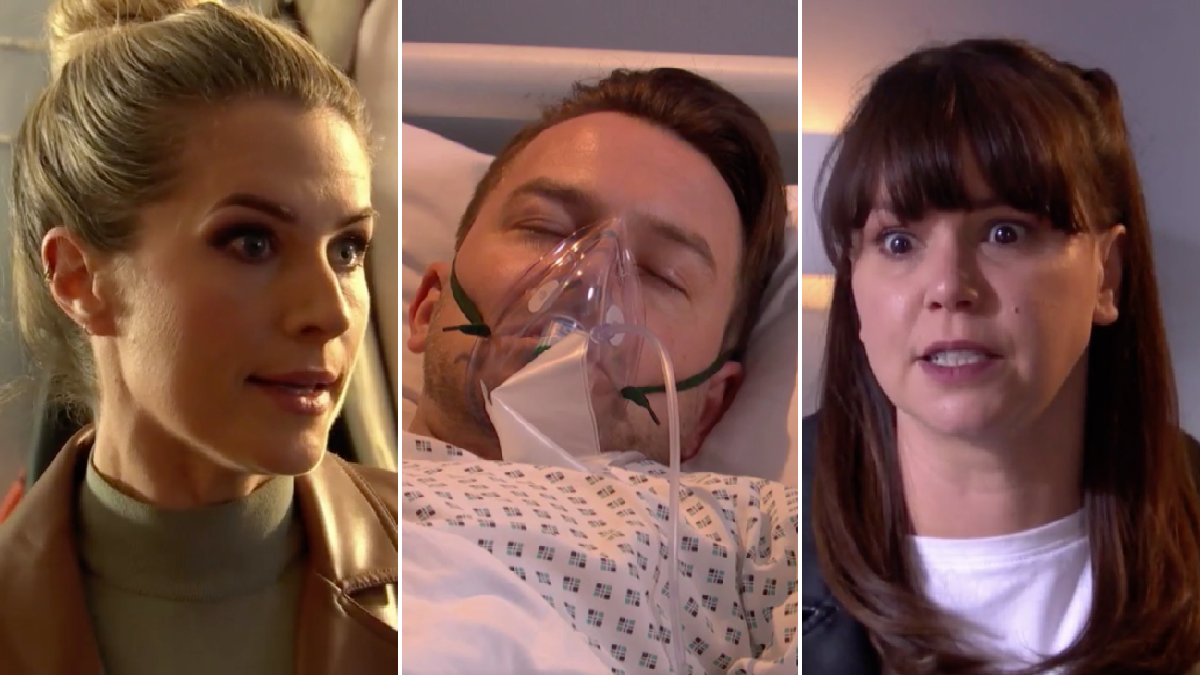 Hollyoaks’ Nancy Osborne (Jessica Fox) has been desperately hoping for Darren (Ashley Taylor Dawson) to make a full recovery, after he was left fighting for his life last week.

Viewers will know that Darren, having at last made a decision between Nancy and Mandy Richardson (Sarah Jayne Dunn), met with the latter outside The Loft in order to reveal his choice.

The nightclub’s snazzy new logo, however, had other ideas, as it came crashing down and landed on Darren before he could reveal who he wanted to spend the rest of his life with.

Mandy, being married to him, is Darren’s next of kin, and therefore she’s been by his side in the hospital. Nancy, meanwhile, has quite literally been left out in the cold.

She did, however, manage to sneak into her ex-husband’s hospital room, where she begged him to fight for his life.

Mandy witnessed the moment and, with her suspicions raised, she decided to pay Nancy a visit in tonight’s edition of the Channel 4 soap.

Mandy claimed that Darren had chosen to be with her, and wasted little time in revealing that they’d slept together several nights ago.

Nancy was left reeling in the wake of such a revelation, and headed straight to the hospital, where she berated Darren for allowing her to yet again believe that they could have a future together.

Darren’s health, however, took a turn for the worse. Thankfully, he recovered and before long he opened his eyes, much to Mandy’s delight.

Nancy has made it quite clear that she and Darren are over for good, but will this prove to be the case? Is ‘Dancy’ well and truly at an end? Or will love blossom for the soulmates once more?