”I’m pretty sure they’re not chanting ‘Let’s go Brandon’ as the NBC reporter is telling us. What do you hear?“ Donald Trump Jr. tweets 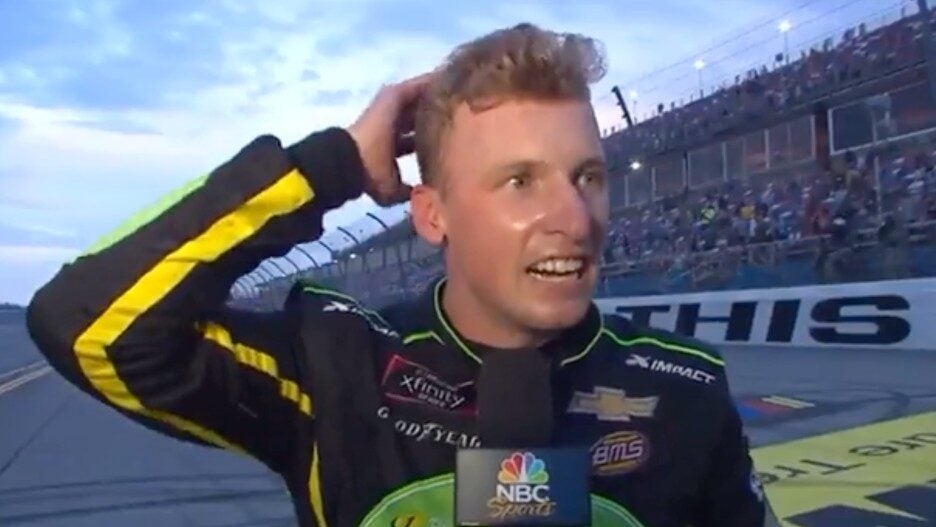 NASCAR driver Brandon Brown won his first ever NASCAR Xfinity Series on Saturday, but it’s his post-race interview that has fans doing a double take, not his driving. Because, as Brown was being interviewed after the race, fans began chanting “F— Joe Biden” — but the NBC reporter interviewing him heard something else entirely.

“Oh my God, this is just everything we’ve hoped and dreamed for,” Brown said. “Everything I’ve ever wanted to do is take the trophy home to mom and dad.” But, as he continued thanking his sponsors and loved ones, the chants got louder.

“As you can hear the chants from the crowd — ‘Let’s go Brandon,’” the reporter said, pausing in the middle of her sentence to give the chant time to be fully heard, before asking Brown about his strategy for the race.

Since the audio of the chanters is pretty clear, many questioned if the NBC reporter was simply trying to downplay the situation or do damage control in the moment. “Is she really not aware what they’re chanting?” fellow sports commentator Clay Travis tweeted. 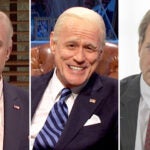 You can watch the moment in the video below.

Even Donald Trump Jr. reposted the clip, tweeting “I’m pretty sure they’re not chanting ‘Let’s go Brandon’ as the NBC reporter is telling us. What do you hear?”

Apparently, getting the chant on air is becoming a trend at sporting events throughout the country. According to Newsweek, the phrase was chanted by sections of the crowd at four different college football games last month.

It could be heard during the Coastal Carolina Chanticleers game against the Kansas Jayhawks, the Alabama State Hornets match against the Auburn Tigers, a Virginia Tech game and when the Ole Miss Rebels played the Austin Peay Governors.