On NCIS, Wilmer Valderrama and Emily Wickersham play Agents Nick Torres and Eleanor Bishop respectively. Both stars have been on the show for quite some time now, with Valderrama joining in 2016 and Wickersham all the way back in 2013. While they have shared some iconic moments together both on and off-screen the actors sat down to detail what they each thought their most memorable moment on set was.

“I can’t forget the first episode I did,” said Valderrama.

“I think it might be the same for you. I know that you had quite a start to your journey and finding the character in that season that you joined,” he said to his co-star.

“For me, I think it was that first episode where we are developing a character from scratch, someone that the audience has never met before.

“I think it was a very controversial time because I think a lot of people were upset that Michael [Weatherly, who played Anthony DiNozzo on the show] had left and they had all these assumptions about what it was going to be like and then I came in and I just said ‘No, that’s now how it’s going to go’.” 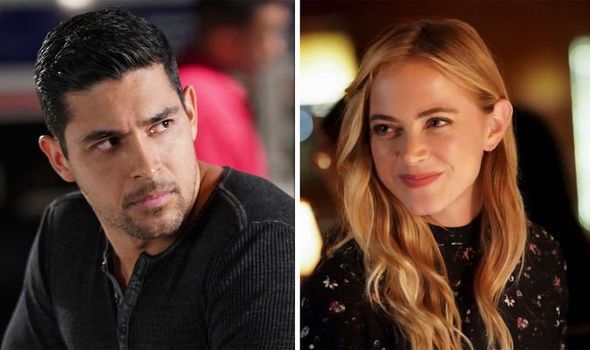 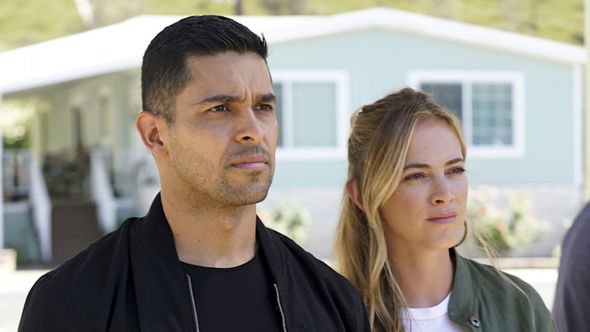 The actor continued saying: “And I was empowered by you guys, the cast. You guys were so welcoming to me, that was now four years ago, four and a half years ago?”

“That is actually insane,” commented Wickersham on their Instagram Live chat.

Valderrama tried to continue talking about his first day and said: “So four and a half years ago I stepped on set, did my first table read with you guys.”

But he was interrupted by Wickersham who was about to test him on his memory of that day.

“I remember when we first met. Do you remember?” she asked him. 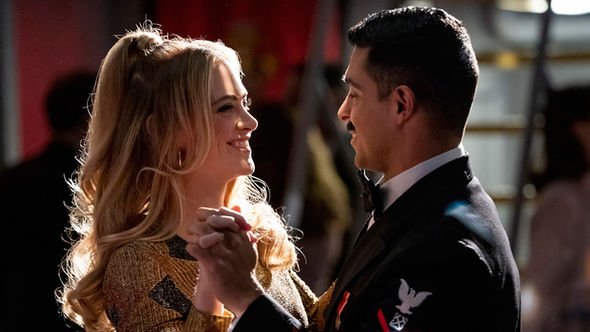 “At the table read?” he asked back, but Wickersham quickly corrected him.

“No, we met before the table read on your way to ADR, where we do things like looping and stuff.

“Do you remember or do you not?” she quizzed him.

“I don’t remember exactly, you remind me,” said Valderrama and started laughing as Wickersham pretended to be offended.

“Great, wonderful. Cool, cool, cool,” she said before she joined in on the laughter.

“Moving on,” she said, sharing her own most cherished memory: “My most memorable [moment] would also probably be my first episode.

“I was so overwhelmed… obviously everyone loved and loves Ziva [David, played by Cote de Pablo].

“And I was so intimidated and nervous about what the fans were going to think about my character and all that stuff.”

On-screen Bishop and Torres have had a buddying and bickering relationship for many years now.

That has prompted many fans of the show to wish for the two characters to actually become an item.

In a recent episode, they actually came close to professing their feelings for each other, after being trapped in a cell together.

But will the show actually make the relationship between Bishop and Torres a reality?