SPOILER ALERT: THE FOLLOWING STORY CONTAINS SPOILERS FROM SEASON 3 OF NETFLIX’S NEVER HAVE I EVER.

Netflix’s Never Have I Ever dropped its third season on Friday and with it, an explosive cliffhanger of an ending that will have to satisfy fans— who will no doubt have theories to keep them busy with—until the series returns for its final run. 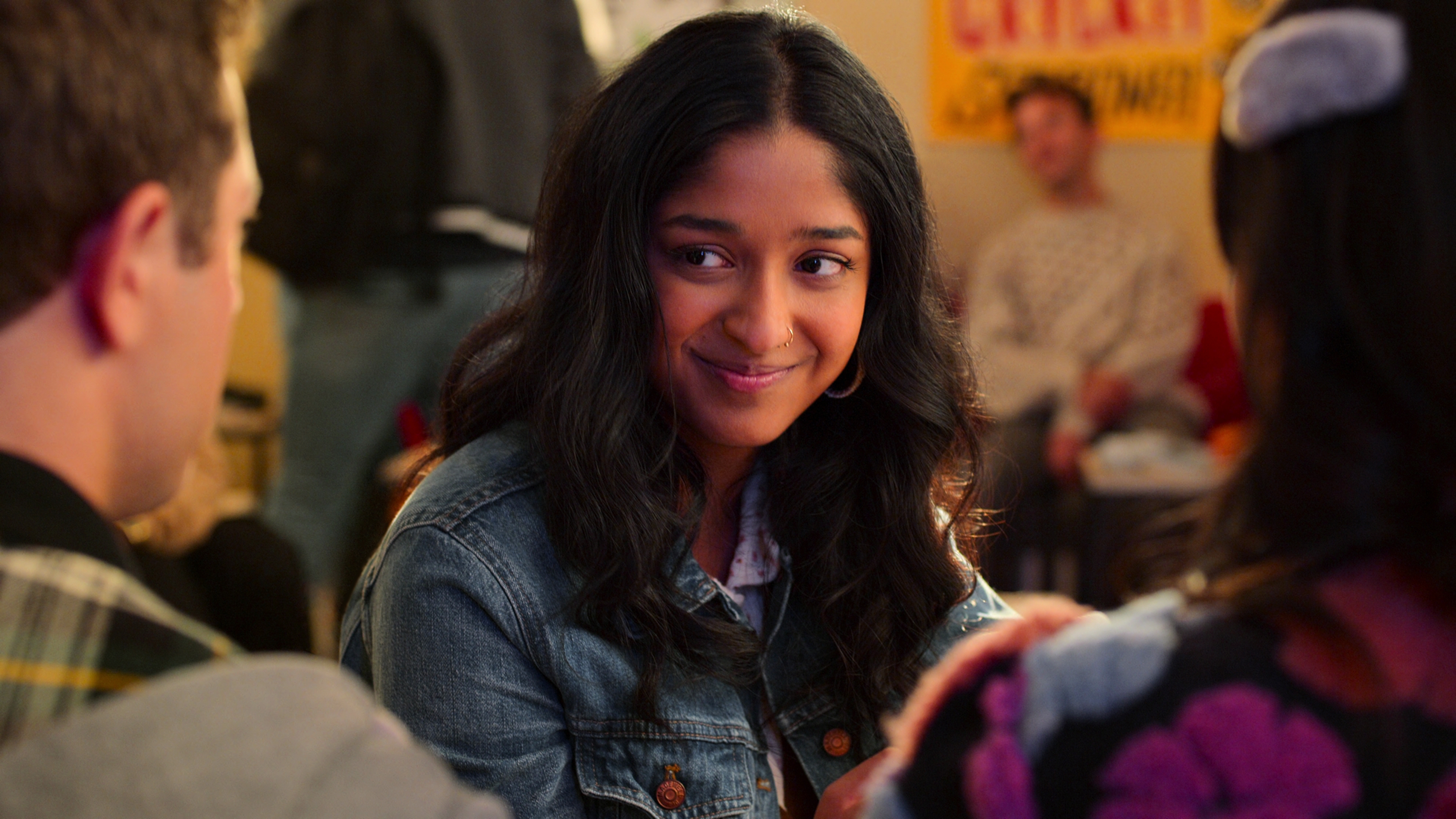 Yes, Never Have I Ever will be ending with Season 4 but there’s still so much more that needs to happen before Devi Vishwakumar (Maitreyi Ramakrishnan) and the gang graduate from high school.

In the meantime, let’s break down the events from Season 3.

Our girl Devi has come a long way since the shy and awkward 15-year-old that was introduced when the series began. She’s making adult decisions like declining a coveted seat at the Shrubland School, a boarding school in Colorado offering a special program for academically gifted seniors, which would be a huge push for her admittance to an Ivy League school upon graduation.

Devi realizes it’s more important for her to stay at Sherman Oaks High with her friends and close to home with her family. There will be enough time after graduation to focus on her studies while being separated from those she loves most—which may include Ben Gross (Jaren Lewison) who she may or may not have lost her virginity to.

So in the moments leading up to that shocking moment in the finale, Devi realized that she’s outgrown many of her dreams including Paxton Hall-Yoshida (Darren Barnet) and the pedestal she put him on. Plus, Paxton just graduated and is headed to school in Arizona and things with that new boy Des (Anirudh Pisharody) didn’t work out. Could Devi and Ben finally make a go at having a relationship? 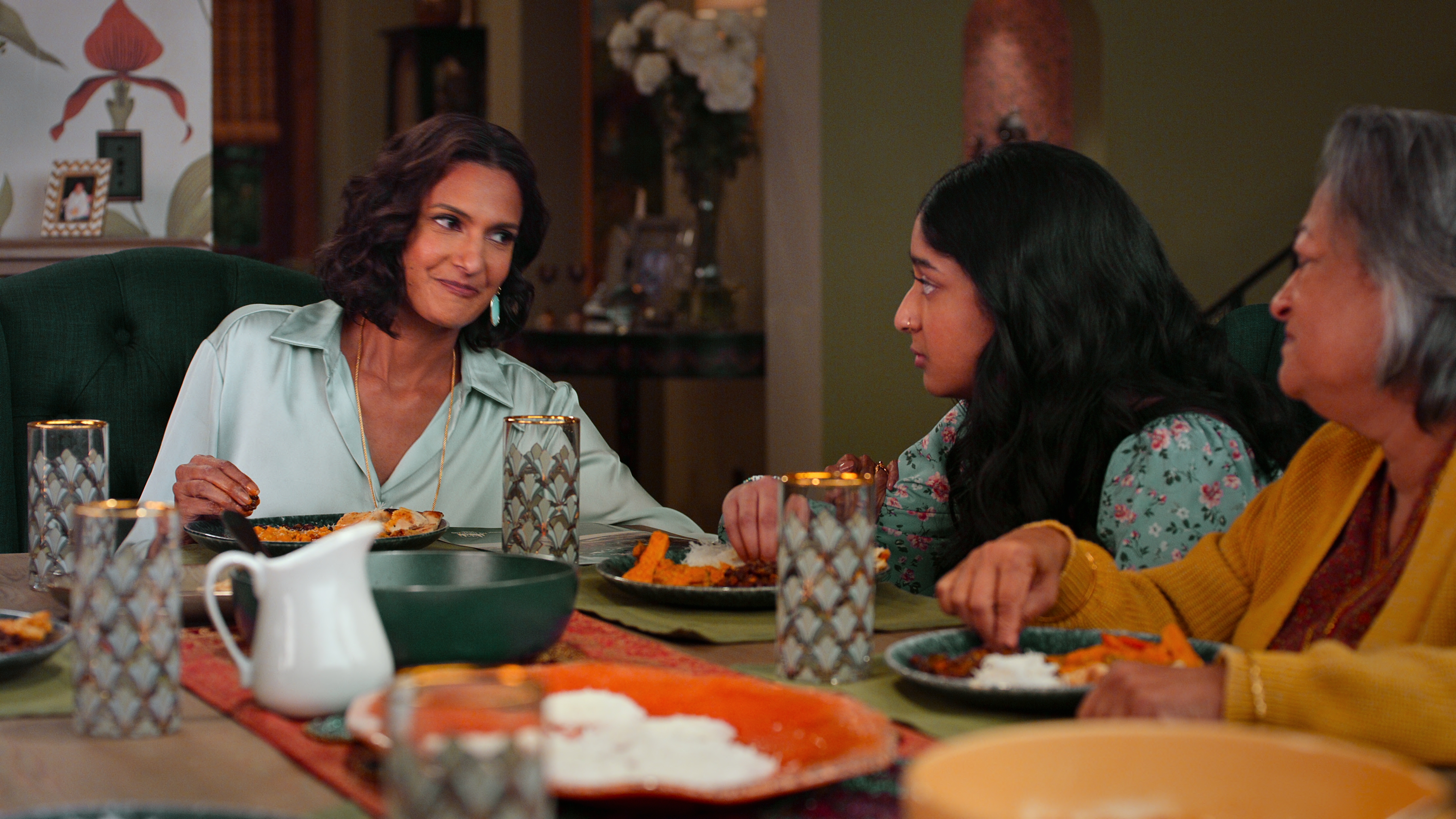 Series co-creator Lang Fisher spoke to Deadline about Season 3 and teased what’s ahead before the final goodbye.

DEADLINE: It really felt like Season 3 was preparing us for the series finale through Paxton’s high school graduation. Would you say that’s accurate?

LANG FISHER: Well, the whole structure of Season 4 is going to be Devi’s senior year. So what we were going for in Season 3—before I finish this sentence, I want you to know Paxton Hall-Yoshida is in Season 4. He’s in it as much as in Season 3, so the love triangle is not over.

To go back to your initial question, we wanted to show a little bit of progress for [Devi], a little bit of growing up, and a little bit of her really believing in herself and going on this journey of self-confidence this season. So that by the time we end Season 3, she doesn’t think of herself as this giant loser anymore. When we started the whole series, they were in the UN and just being these giant dorks. She’s always been so obsessed with status.

We start this season off with her being still aware of the fact that she doesn’t think she’s worthy of Paxton and that she’s still beneath him. And we wanted the end of the season to show that now she sees them as peers, equals. So I think we can say goodbye to Paxton as her dream guy and in Season 4, we’ll see Paxton as a person who is at the same level as her. We want her to leave junior year feeling like her life is great; she’s surrounded by people who care about her and she loves them. 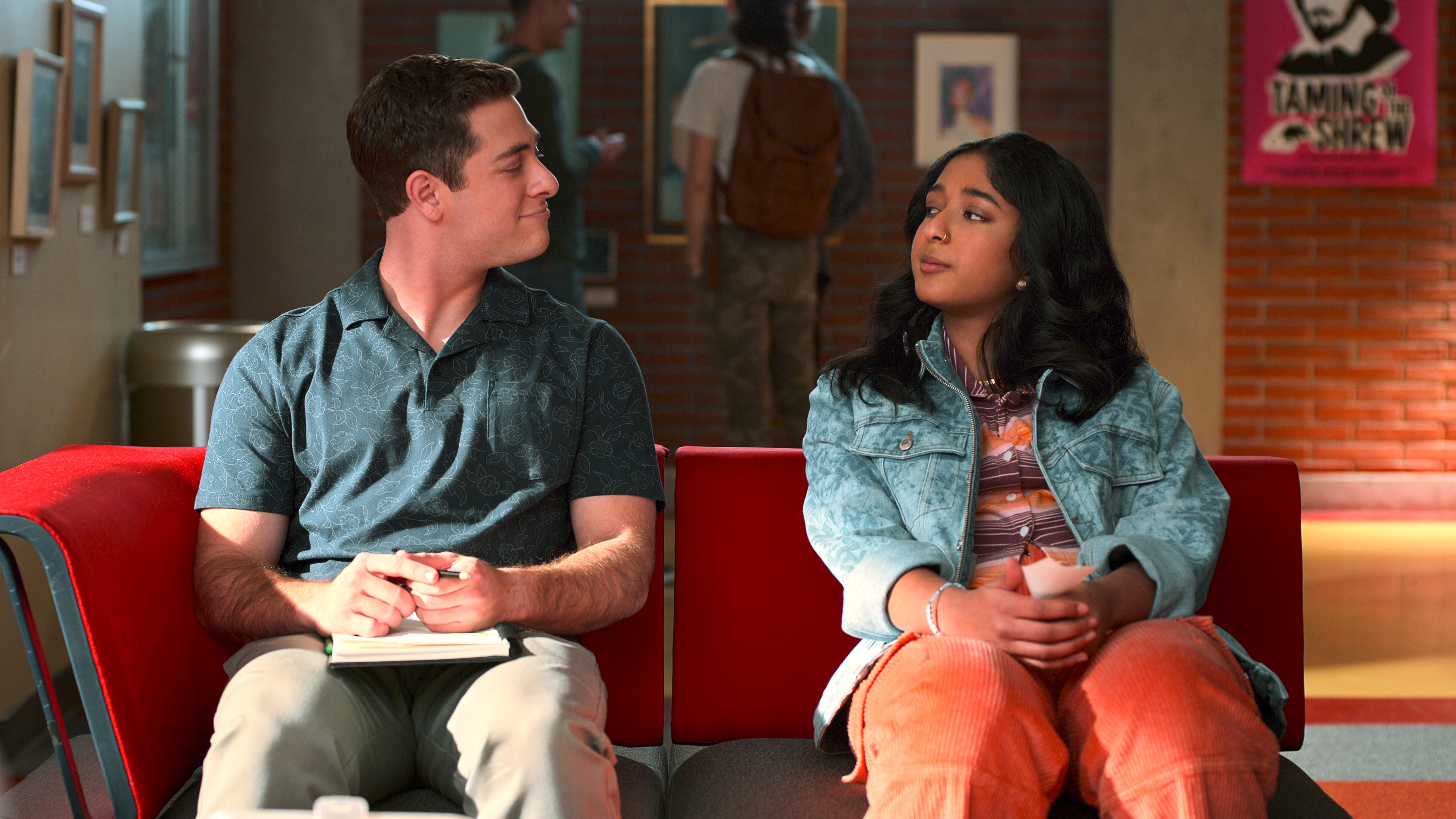 DEADLINE: A big component of Devi’s story is the love triangle between her, Ben and Paxton. Anything you can tease about what happens after Devi goes into Ben’s room in the final beats of the finale?

FISHER: I don’t want to spoil anything but in the first episode of the entire series she asks a stranger to take her virginity. She’s always felt like this is a thing that she wants to do before she goes to college. I feel like we also had Ben on a growing-up journey this season. He is our male character who also operates on the defensive and is sometimes prickly and sharp but is also coming from this tender place of insecurity. We did that whole episode with Ben and Paxton together which we thought was kind of fun because you never see them together.

We know that Ben loves Devi and has feelings for her that he doesn’t express very well. So his journey this season lands him in a moment in the finale where he expresses it, when he says, “I don’t want you to go. I’ll miss you.” This is very new for him because we’ve never heard him say how he feels about her. The love triangle is the skeleton of the show and you can’t take it away for the final season. But we wanted this final episode to be Devi saying goodbye to Paxton on a pedestal. In Season 4, there will be fun and interesting things that ensue after whatever has happened [between Devi and Ben].

DEADLINE: With Devi maturing, could Season 4 open the doors for her mom Nalini (Poorna Jagannathan) to find romance? It sounds like the casting of Ivan Hernandez could be pointing towards that.

FISHER: There’s a real hunk coming in for Season 4. Common’s character [Dr. Chris Jackson] came into the story during Devi’s sophomore year and nobody was ready for it then. Nalini admits she wasn’t ready for it. Ivan’s character Andres shows up during Devi’s senior year when there’s been a little more time for everyone to kind of process stuff and be in a different place.

DEADLINE: Are there any plans to bring back John McEnroe?

FISHER: We’ve thought about it. He’s the best! I spend a lot of time with him in the recording booth. He’s so great and so invested in the show so we’ll see.

The first three seasons of Never Have I Ever are available to stream now via Netflix.