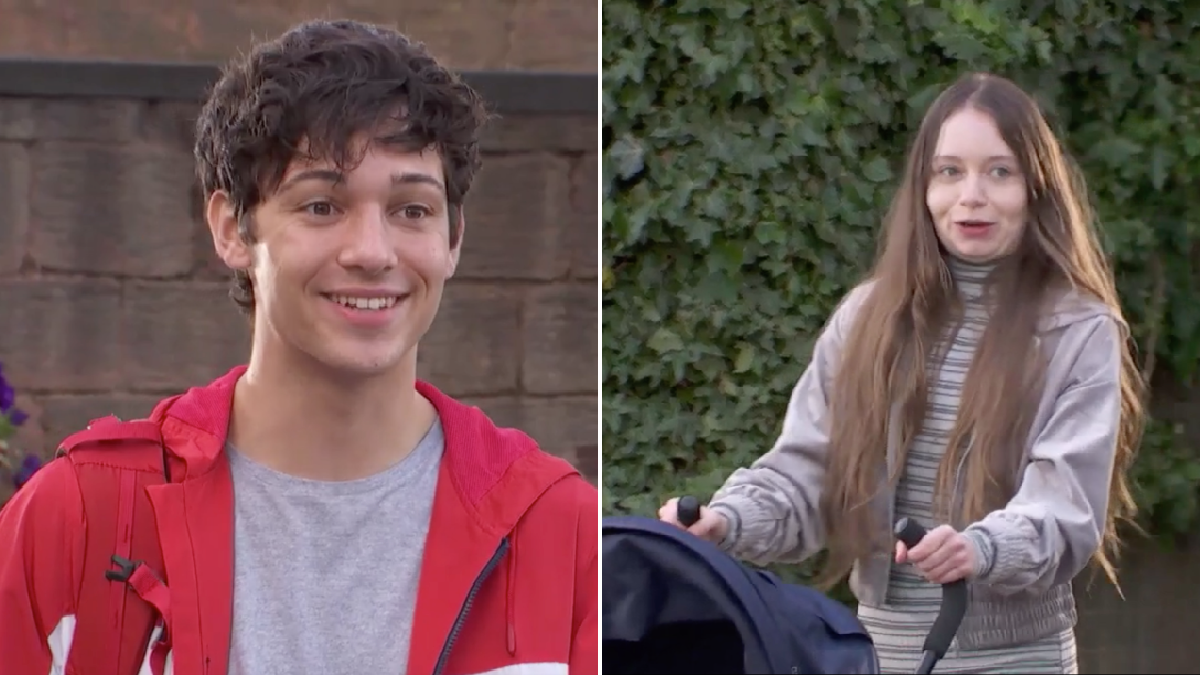 Hollyoaks’ Ollie Morgan (Gabriel Clark) made a return to the village tonight, and he brought with him quite the revelation.

The young man had discharged himself early from rehab – much to the dismay of Cindy Cunningham (Stephanie Waring) – and revealed that he did so after new girlfriend Evie (Georgia Conlon) was kicked out!

Cindy was left in shock, and she ultimately decided to refrain from filling Luke (Gary Lucy) in on his son’s return to the village.

Last night’s edition of the Channel 4 soap saw Luke contemplate taking drink, as he struggled to come to terms with his mum Sue’s (Marian McLoughlin) diagnosis.

Cindy met with Ollie on her on her own, and when she realised he’d discharged himself after Evie was kicked out, she was livid, and berated him for putting his own recovery at risk.

Ollie, meanwhile, wanted Evie and her child Louis to move in with them!

Cindy put her foot down, filling Ollie in on what’s been happening in his absence, telling him that it’s not the right time.

She ultimately gave him some cash to look after both he, Evie and little Louis, telling him that if it doesn’t work out he can always return.

Cindy was devastated, but felt as if she’d made the right choice. Little did she know, however, that Sue had witnessed the whole thing unfold!