Hulu has given a series greenlight to Onyx Collective’s Reasonable Doubt. Emayatzy Corinealdi (Middle of Nowhere), is set to star in the lead role of the legal drama, from writer/executive producer Raamla Mohamed (Scandal), executive producer Kerry Washington, who will direct the first episode, and ABC Signature. This marks the first scripted series order for Onyx Collective, Disney’s new curated content brand for creators of color and underrepresented voices, led by Tara Duncan, whose output is tailored primarily for Hulu.

In Reasonable Doubt, you’ll judge Jax Stewart (Corinealdi) for her questionable ethics and wild interpretations of the law… until you’re the one in trouble. Then you’ll see her for what she is: the most brilliant and fearless defense attorney in Los Angeles who bucks the justice system at every chance she gets.

Reasonable Doubt was put on a script-to-series development track by Hulu in July with the opening of a writers room, consisting of all-black staff led by Mohamed. The project was originally set up at ABC during the 2019-20 development season, and Mohamed reworked her original script for streaming as Reasonable Doubt was taken on by Onyx Collective.

“It’s hard to imagine a more ideal creative partnership for our first Onyx Collective scripted series,” said Duncan, President, Freeform and Onyx Collective. “Raamla and Kerry came to us with their passion project and a strong vision for a dynamic series that will surely get an audience talking. And to cast Emayatzy, who embodies the complexities of the lead character beautifully, was a huge get. We’re excited to bring this series to life.” 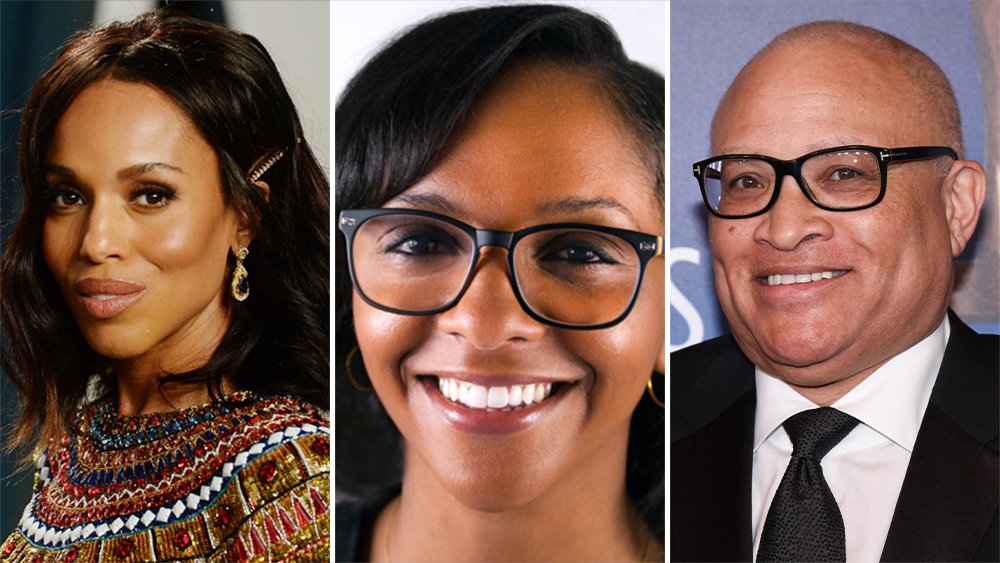 Mohamed executive produces alongside Washington and Pilar Savone for Simpson Street and Larry Wilmore via Wilmore Films. Celebrity attorney Shawn Holley, a member of O.J. Simpson’s legal defense “Dream Team,” and Jon Leshay are co-executive producers. ABC Signature, where Mohamed, a home-gown Disney talent, and Washington have been under deals, is the studio.

“I am beyond thrilled that my first television show will be part of the Onyx Collective,” Mohamed said. “As a 2012 alum of the ABC/Disney Writer’s Program, I’ve been in the Disney family for a minute now and it has always been my dream to be able to create the kind of series based on people that look like me and made by people who look like me. I am grateful to Tara Duncan, Shawn Holley, Simpson Street, Wilmore Films and ABC Signature for believing in this project from the beginning and trusting it in my hands. And I’m especially excited to be working with Kerry as a director on what is our third project together. As the kids say, I love this for us.”

“Simpson Street was founded with the belief that we are each the lead character in the story of our lives regardless of who we are, where we are born, what we believe or who we love,” Washington said. “Each of us deserves to be and to see ourselves at the center of the narrative. It’s a privilege to partner with Onyx, a brand dedicated to centering creators of color and underrepresented voices, on their first scripted drama series. I am excited to be working with the great Larry Wilmore and to be once again collaborating with the brilliant Raamla Mohamed, who will lead an all-Black writers room on a series led by the phenomenal Emayatzy Corinealdi. This is a proud moment for all of us at Simpson Street and we could not ask for better partners all around.”

Corinealdi’s breakout performance in Middle of Nowhere, directed by Ava DuVernay, earned her a Breakthrough Actor honor at the Gotham Awards and a Best Actress Independent Spirit Award nomination. She also starred in Miles Ahead, opposite Don Cheadle, and in Karyn Kusama’s psychological thriller, The Invitation. Corinealdi is repped by UTA, Atlas Artists and Del Shaw.

Washington has previously directed episodes of Scandal, SMILF and Insecure She is repped by CAA, Washington Square Arts, and Hansen Jacobson Teller.

Mohammed got her start at Shondaland. She began as a production assistant on Grey’s Anatomy and went on to work as a medical researcher on Off the Map before becoming a researcher on Scandal during season 1. After being accepted into the Disney-ABC Writing Program, Mohamed returned to Scandal, joining the writing staff for season 2 as a Disney fellow, and rising through the ranks to Supervising Producer for the series’ seventh and final season. She also was a writer on Shondaland’s Still Star Crossed and developed with Issa Rae at HBO. She is repped by UTA and attorney Dean Bahat.