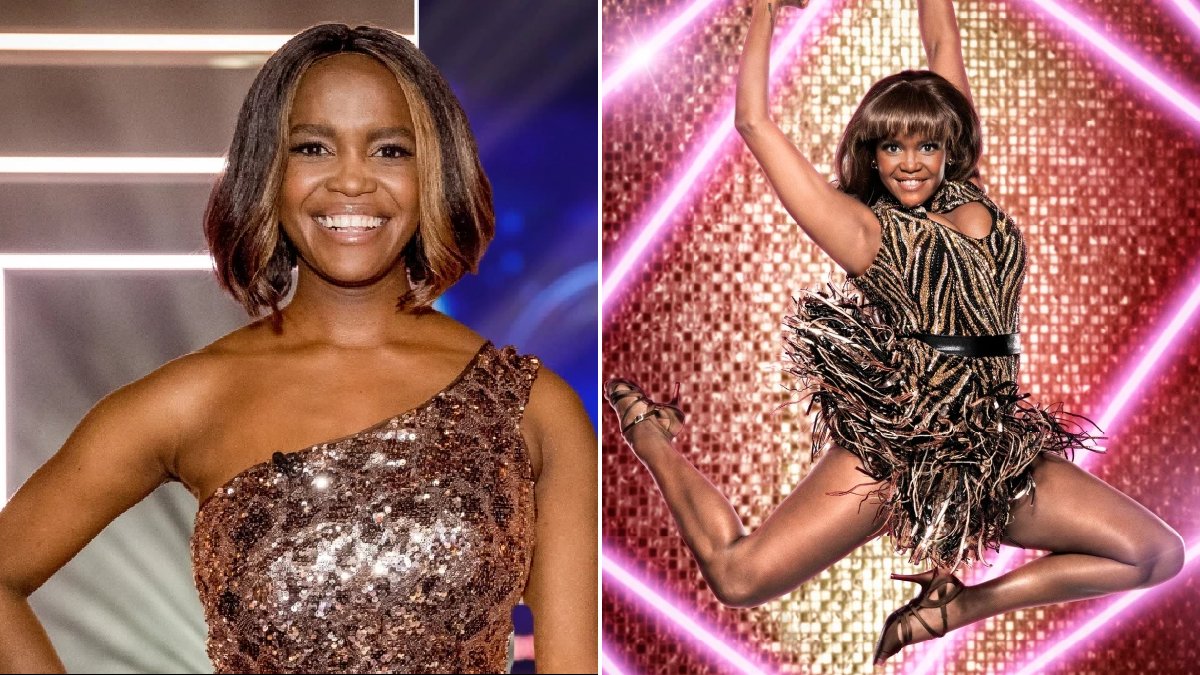 Strictly Come Dancing fans are ‘unlikely’ to see Oti Mabuse return to the beloved BBC series in 2022 now she’s a judge on Dancing On Ice, an expert has said.

It’s been confirmed that the fan favourite professional dancer will be replacing John Barrowman on the panel of the ITV skating competition ahead of the new series launching in January.

It’s the second major ITV show that Oti has signed up for after she appeared as a judge on The Masked Dancer earlier this year alongside Davina McCall, Mo Gilligan, and Jonathan Ross.

Although we’re still months away from Strictly bosses sitting down to discuss who will be taking part in the next season, celebrity PR and publicist Harry Rutter believes it’s not likely she’ll go back to the Beeb.

‘Moves like this don’t often happen, but it’s more than likely that a very tempting offer was put on the table by ITV bosses,’ Harry exclusively told Metro.co.uk.

‘Oti has been doing Strictly Come Dancing since 2015 and has built up a substantial audience both on TV and online, this is something ITV would have taken into account.’

Oti made her debut on The Masked Dancer in May and Harry reckons this would have been a litmus test to establish whether she would appeal to the ITV audience.

‘It is very rare that talent would switch between BBC and ITV shows, this would have been an almost too good to be true offer for Oti – one she couldn’t refuse,’ he continued.

‘Audience invest in talent and people, which is why they tune in if their favourite celeb launches a new venture or game show, I can see that happening with Oti.

‘The Strictly star has over 635,000 loyal followers on Instagram who will all now, if they don’t already, be tuning into Dancing On Ice because they’re invested in Oti as a personality.

‘This is a fantastic career move for Oti, landing on a new network with new viewers and increasing her overall following by appearing on an extremely well-known TV show with even more loyal viewers.’

The jump from the BBC to ITV is a pretty big one and Harry doesn’t suspect that Oti will be taking to the Strictly ballroom again.

‘I’m assuming Oti fancied a change of scene after doing strictly for over fives years and the ITV offer came just at the right time,’ he added.

‘I can’t imagine a return to Strictly after joining a primetime ITV show. ‘There definitely comes a point where stars just fancy a change. It’s a deal that, if done correctly, works both ways for the stars and networks, almost like transferring audiences thanks to loyal fans and viewers.’

Of course, only time will tell as to whether Oti will be leaving Strictly for good, but it sure will be a devastating blow for fans should she decide to walk.

Oti won Strictly two years in a row in 2019 and 2020 with soap star Kelvin Fletcher and comedian Bill Bailey.

Dancing On Ice launches in January on ITV.