Production for Starz’s hit drama Outlander is currently underway as the show prepares its season seven release. Ahead of its comeback, actor Sam Heughan reflected on his character Jamie Fraser’s trajectory on the show and spoke on Jamie’s love for his wife Claire Fraser (played by Caitriona Balfe).

Outlander followed Claire’s life as she battled with living in the present and the past after she mysteriously time travelled from 1945 to 1743.

She also had an internal battle with guilt after she fell in love with Jamie, despite being married to Frank Randall (Tobias Menzies) in the future.

Despite this, Jamie quickly became a fan favourite among viewers for his unwavering loyalty and fierce love for Claire.

Although the two had married to keep Claire safe, they eventually fell in love and had a daughter Brianna Fraser (Sophie Skelton) who was born after Claire went back to the future. 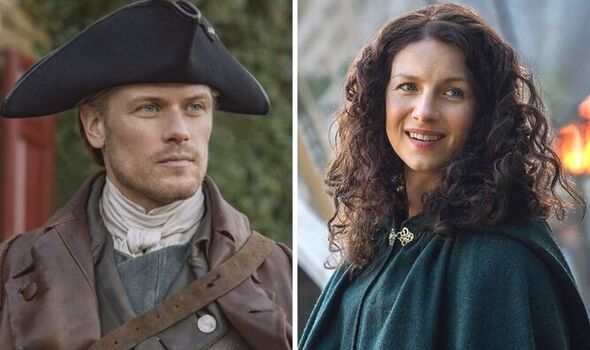 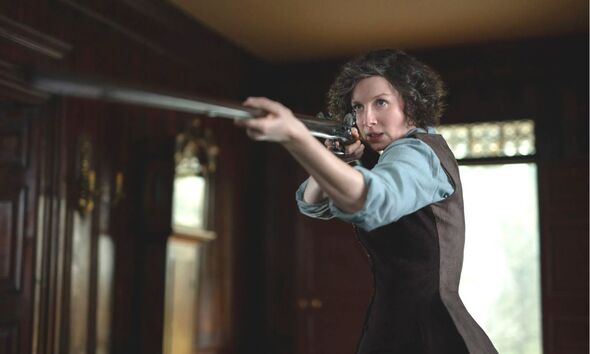 As a disorientated and single English woman in Scotland during 1743, Claire quickly caught the attention of evil Black Jack Randall (Tobias Menzies).

While he later became known as an evil villain, after she had unknowingly time travelled Claire was convinced he was Frank but she soon realised, Randall was her husband’s ancestor.

As it was foreign for women to be unmarried at the time Claire was rescued from Randall’s grasp and placed into hiding with Jamie, who had been falsely accused of murder.

In order to live freely, the pair were forced to get married and as a result, Claire became Scottish through marriage. 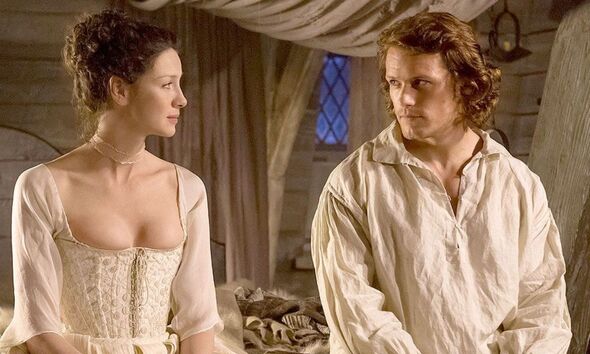 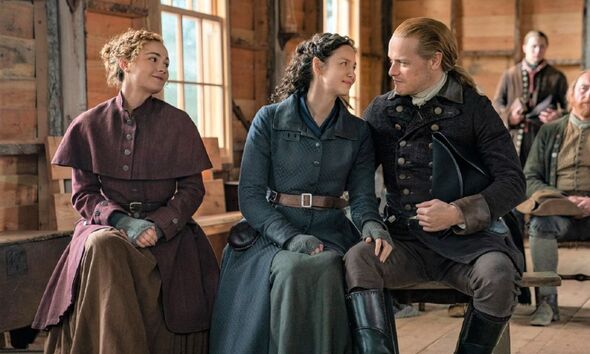 After their wedding, the pair fell deeply in love and were always by each other’s side until they were forced to go their separate ways during the Battle of Culloden.

Actor Sam reflected on the series and opened up about their romance, during an interview he stated: “I think it is aspirational, we all want to find a love like that.

“An unconditional, kind of all-consuming but also partnership, you know a couple that know each other, I mean they literally finish each other’s sentences.

“They always decompress, they always talk about everything up until season six where she keeps a secret.”

Sam continued: “But they do, they always work things through together.

“They are a real partnership and that’s what makes them so successful,” he told Gold Derby.

The pair reunited after 20 years when Frank died and Brianna was in university.

Claire and Brianna had travelled back to Scotland for a funeral when she revisited the locations she had lived in with Jamie.

With the help of Roger Wakefield (Richard Rankin) Claire also learned Jamie was still alive and had survived the battle they thought would kill him.

With this in mind, she made the decision to travel back to the past and find him then decided to stay.

Brianna eventually followed in her mother’s footsteps after she graduated and met her biological father for the first time during season four.

Fans are eager to see Outlander’s return after Jamie and Claire were separated once again after she was imprisoned and falsely accused of killing Malva Christie (Jessica Reynolds).

Thankfully, in the final scene, Jamie was galloping in Claire’s direction but it’s yet to be seen if she will face death for the murder.