Historical drama series Outlander has been known to feature some real-life figures in the past including Bonny Prince Charles (played by Andrew Gower), Governor Tryon (Tim Downie) and King Louis XV (Lionel Lingelser). However, one character who is actually not based on reality is the Duke of Sandringham (Simon Callow) – the figure is merely a flight of fancy created by author Diana Gabaldon. The Duke was featured early on in the Starz series before meeting a brutal and bloody end.

Why was the Duke of Sandringham really killed off from Outlander?

WARNING: This article contains spoilers from all seasons of Outlander

Some fans revisiting previous seasons of the show during the Droughtlander may be wondering why he was killed off.

Season two of Outlander saw the Frasers heading to France in a bid to avert the Battle of Culloden and change the course of history.

During the couple’s time in France as they tried to infiltrate and influence the court of Louis XV as well as encountering Captain Black Jack Randall (Tobias Menzies). 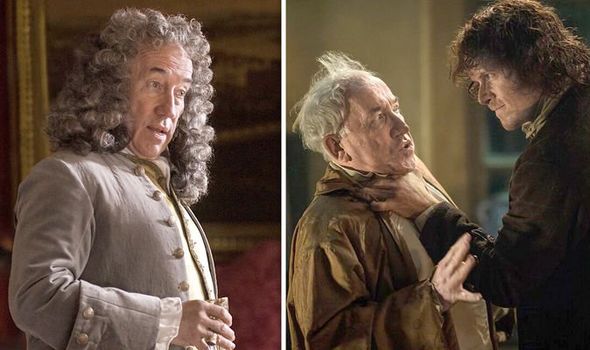 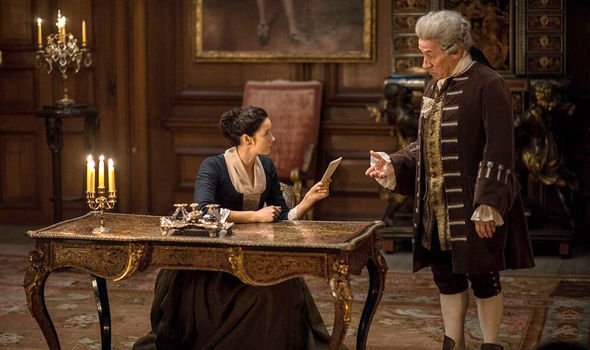 Previously, the evil redcoat was thought to have perished in season one but he managed to survive and was now in France.

Jamie was baying for blood from the captain after his harrowing torture and rape ordeal at the hands of Black Jack.

The two men embarked on an illegal duel which resulted in Jamie being thrown in prison and Black Jack still very much alive.

Claire had to sleep with King Louis XV in order to get a pardon for her husband for breaking the law. 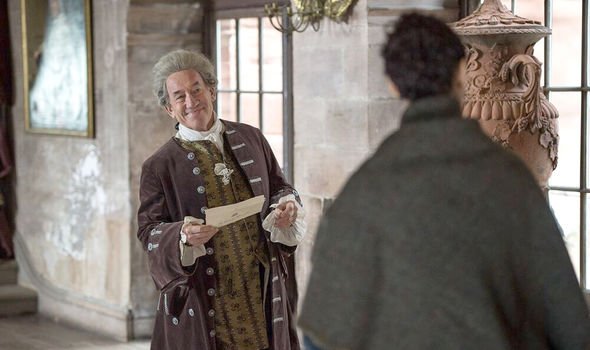 But there was more after the Duke of Sandringham was discovered to have interfered with matters and was also trying to take out the Frasers.

Later, when the Duke was back in Britain, he revealed to Claire how he had tried to have her killed for interfering in the Jacobite uprising.

His attempts in Paris failed and so he decided to try again now he had her captive in his home.

Luckily, Jamie and Murtagh Fitzgibbons (Duncan Lacroix) arrived to save Claire from the Duke’s evil clutches. 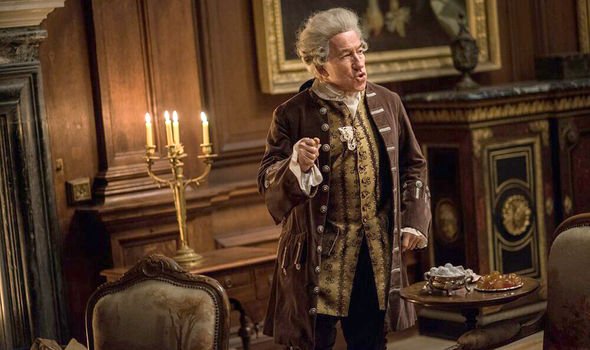 Murtagh killed the Duke and decapitated him, putting his head in a saddlebag and taking it to the widow of Hugh Munro (Simon Meacock).

Hugh had been hanged for being a poacher by the Duke’s men after he was caught on the aristocrat’s land.

From the looks of it, the show was simply following the novel Dragonfly in Amber which serves as the basis for season two.

The Duke was a duplicitous figure and his demise seemed to be his comeuppance for his deeds, which saw young woman Mary Hawkins (Rosie Day) sexually assaulted during an attempt to assassinate Claire.

Speaking to The Hollywood Reporter about the Duke of Sandringham’s death in 2016, showrunner Ronald D. Moore explained: “It was time to put an end to this.

“Enough with this guy who keeps everybody dancing, where you never can tell which way he’s going to go.

“Eventually, you’re going to run into Murtagh and he’s going to cut your head off.”

Heughan told the outlet: “But in the end, the Duke gets his just desserts. He truly gets what he deserves.

“I mean, we just found out that he’s been instrumental in all the things that have been going wrong for Jamie and Claire.”

GEMMA Collins has revealed she's had her Botox and fillers dissolved and has urged her fans to stay natural. The...

One man's trash is another man's treasure — and in this case, that treasure could be worth half a million...