Major spoilers below for “Wonder Woman 1984.”

The first Wonder Woman movie ended with Chris Pine’s Steve Trevor sacrificing himself in a fiery explosion to save the day, so when the trailer for Wonder Woman 1984 dropped and Steve was still very much in the picture, we had to wonder how? What? When? Where? And again, how?

Now, we know: Steve Trevor is only sort of back from the dead. WW84‘s plot revolves around a MacGuffin known as the Dreamstone, an ancient chunk of rock imbued by the Gods with power to grant its possessor one wish. The film’s big bad, con-man Max Lord (Pedro Pascal), is after the stone, hoping to wield its abilities to amass great fortune and power.

When the Dreamstone winds up at The Smithsonian where Diana (Gal Gadot) now works, she has only one wish: that Steve come back to her. And he does, although in the body of another man (played by Kristoffer Polaha). So, while others would see someone else, Diana sees Steve — and thus, Chris Pine.

It begs the question: which came first, wanting to bring Steve back and finding an antagonist that could make it happen or wanting to use Max Lord as the film’s big bad and realizing that would make it possible for Steve to return? Was it the Chris Pine chicken or the Pedro Pascal egg? 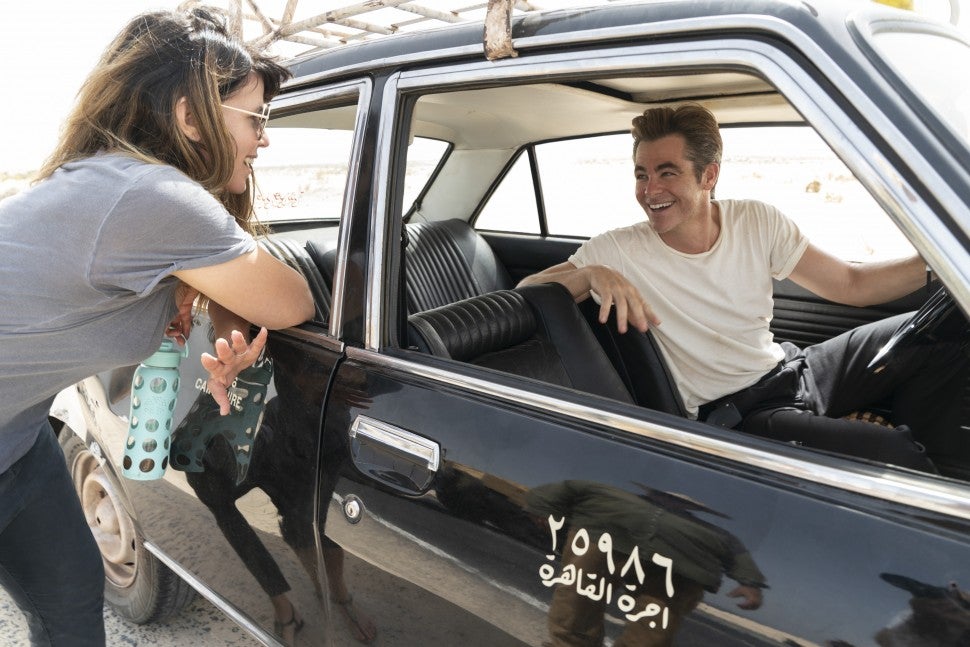 “It all came very organically,” director Patty Jenkins tells ET. “I was trying to figure out what it was I wanted to talk about and what I wanted to use Wonder Woman to talk about, and then the stories started to come.”

Max Lord and the Dreamstone also lay the groundwork for the movie’s other villain: Cheetah. Barbara Minerva (Kristen Wiig) wishes upon the stone to be more like Diana, unwittingly also obtaining Wonder Woman’s powers. Interestingly, Cheetah was always part of Jenkins’ vision for the sequel, even before she realized what would lead to that transformation.

“I thought it would be [only] Cheetah at first, but then how the story was evolving, it made me realize we also needed Max Lord,” Jenkins says. “And then Steve became an automatic part of it. Thank god. I love Steve Trevor and I always wanted him to come back, but I would have never done it if it didn’t make sense.”

According to Pine, Jenkins began formulating the sequel’s storyline while they were still filming 2017’s Wonder Woman. “Patty talked about it when we were making the first one,” he remembers. “I was super excited. I love the project. I love the character. I love the people I get to work with.”

Ultimately, WW84 manages to seal Steve’s fate more than even the first film did. But if you can come back from the dead, who’s to say the Powers That Be couldn’t find a way to bring Pine back for a threequel. “If there’s a third — which I’m sure there will be — and if they wanted me to come back after people watch the second,” he says, “I’d be happy to come back with bells on and wearing a tutu.”