The dance, in this case, was revealing new sides to his character — a man who, prior to this week, had only spoken once or twice in any given episode — while also maintaining an air of mystery. We knew what Beard was thinking, and we knew what Beard was doing in his efforts to put the Man City loss behind him, but we ended this episode still knowing relatively little about who he is outside of his profession.

Along the way, Hunt was asked to be a comedian (see Beard drunkenly expound on the fragility of life), an action star (the rooftop foot chase, culminating in a Mission Impossible-style leap) and a bit of a flirt (or at least as much of a flirt as one can be after ripping their pants). He also showed off his dramatic chops on two occasions: first, when Beard picked a fight with Jamie’s dad; and second, when he entered church and prayed for the very first time. In both instances, Hunt displayed a man at the end of his rope. In addition to his self-deprecating tone, you could see, just in the glimmer of Hunt’s eye, that Beard was a man who felt shattered and alone.

Shortly thereafter, when Beard let loose at the aforementioned rave, Hunt did a masterful job transitioning from a state of bewilderment to a state of total euphoria, as Beard let the electronic dance music wash over him. From that point forward, his hips (and his mighty hula hoop) did all the talking. 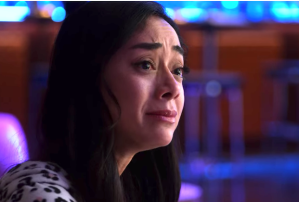 HONORABLE MENTION | As rousing as Ella’s boozy bombshell drop was in the hour prior, Aimee Garcia delivered her finest Lucifer performance ever in the farewell season’s eighth episode, in which her famously sunny-huggy alter ego got serious about hurt feelings. Holed up with the gang at LUX to pore over Linda’s book, Ella kept coming back to how she had been left out of the celestial loop, and instead had to figure it out for herself. “Was it fun for you guys, watching me walk around without a clue?” she asked Lucifer during an emotional tête-à-tête, recounting how she was left to mourn Charlotte or fret about the Big Guy going AWOL. Lucifer did his best to spin things, lauding Miss Lopez’s ability to accept the divine in absence of proof, but Ella remained crestfallen. “That single set of footprints in the sand? That was me, walking alone” — with those words, Garcia broke our hearts and made us want to give Ella the biggest hug ever. 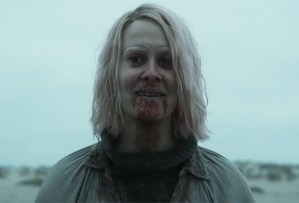 HONORABLE MENTION | From the moment Tuberculosis Karen shouted “They’ll much on your balls!” in the grocery store, Sarah Paulson‘s latest American Horror Story character had us by the… well, let’s just say we’ve enjoyed her immensely. But Paulson’s work in Wednesday’s episode of Double Feature took our appreciation for her tragically comedic persona to new heights, leaving us with a heartbreaking performance that will haunt us until next week’s “Red Tide” finale. This was a true crossroads hour for Karen, who was forced to reevaluate her relationships with Mickey, with herself and with the very concept of what it means to be talented. And while we don’t pretend to know exactly what lesson AHS is trying to convey with its allegory of blood-sucking artists, Paulson has been a more-than-suitable vessel to deliver it — vulnerable, unpredictable and utterly unforgettable. 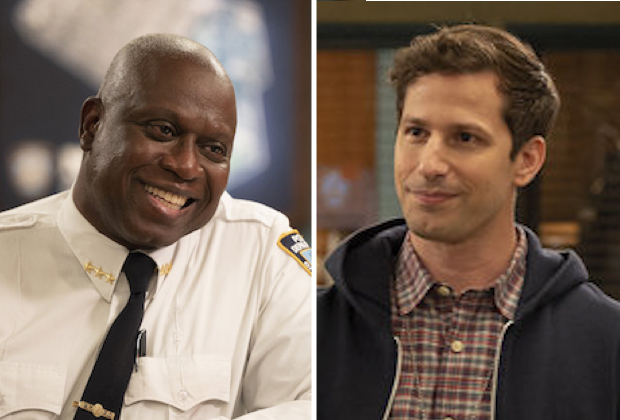 HONORABLE MENTION | So much of Brooklyn Nine-Nine has been about the relationship between Jake and Holt, so it was only fitting that the series finale feature a final heart-to-heart between the two men. Andy Samberg and Andre Braugher did some of their finest and most understated work as Holt acknowledged his role as Jake’s father figure. The way Braugher opted to pause before Holt told Jake that he was proud of him — not because Holt was hesitant, but because the onetime “robot captain” was suddenly filled with emotion — was a beautiful touch. Likewise, Samberg, who once had a tendency to always go big, allowed Jake’s muted reaction to speak for itself. Holt’s subsequent attempt to crack wise with a “title of your sex movie” joke afforded Braugher one last opportunity to show us just how funny he could be. And Jake’s response (“It was perfect”) allowed the once sophomoric Samberg to show just how great he’d become at playing such a sincere moment with ease and authenticity.

Which performance(s) knocked your socks off this week? Tell us in Comments!