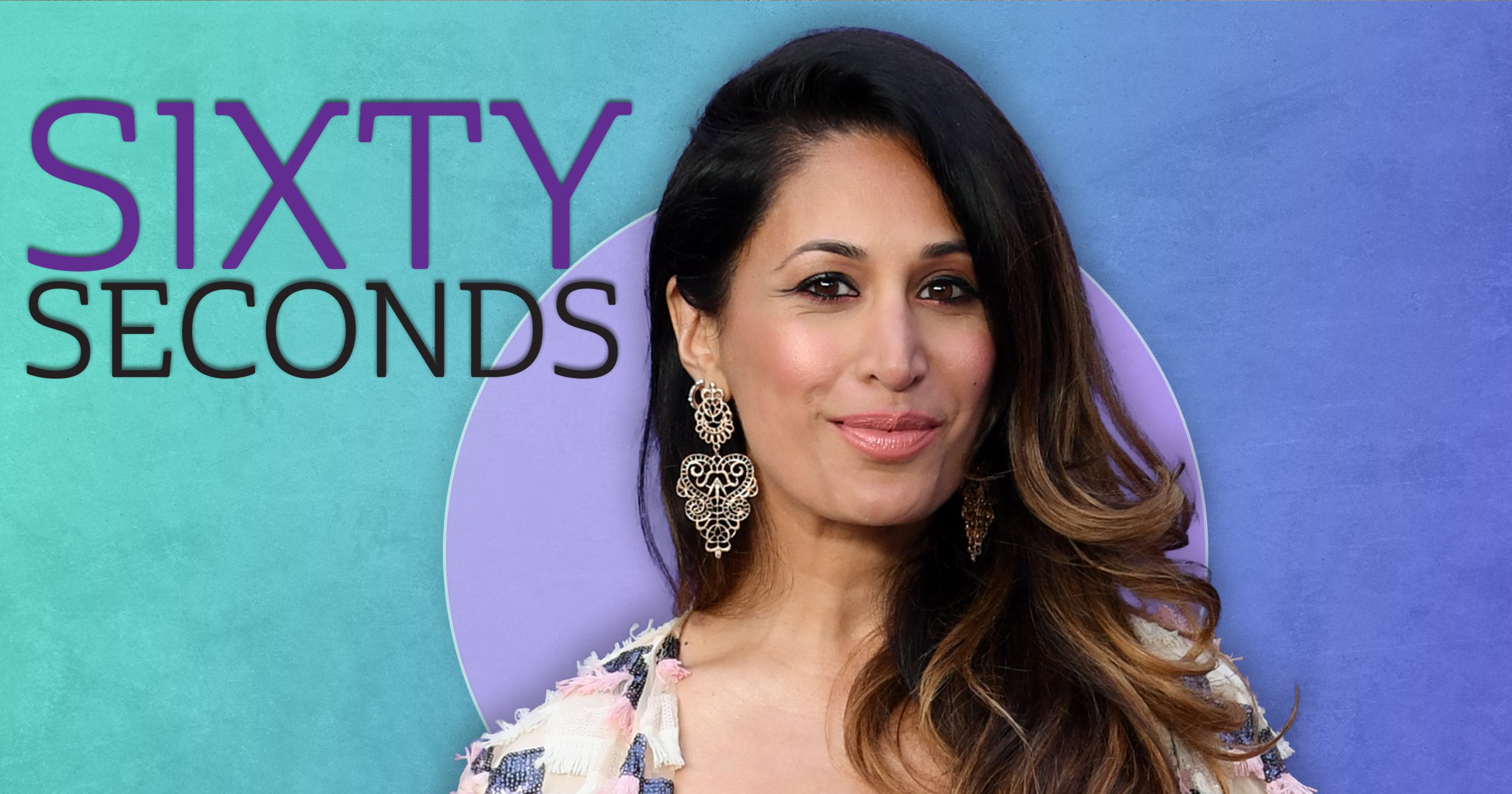 Actor Preeya Kalidas, 42, on her time in EastEnders, new play The Doctor, Bend It Like Beckham, Whitney Houston and loving musicals.

How did it feel to be in an iconic soap like EastEnders?

It was overwhelming. I used to watch it when I was a kid so it was bizarre walking on set and seeing people like Phil Mitchell.

He came up and introduced himself. He was lovely – he wasn’t Phil, he was Steve McFadden so it was fine.

I played Amira Masood and more than 11 million people tuned in to watch her wedding to Syed. I got to wear the most beautiful Indian outfit.

The story was so poignant and it won best wedding at the Inside Soap Awards.

I was flattered to be nominated and seen as a sexy female up against Michelle Keegan. She won it, but rightly so – she’s gorgeous and super sexy.

Would you ever go back to EastEnders?

I had the best time on that show – it’s one of the highlights of my career. I loved playing Amira so, absolutely, I would if there was a storyline as full of drama as the previous ones.

What are you doing now?

I’m in London’s West End in a play called The Doctor. It’s about a doctor called Ruth Wolff, who had a patient who administered a self-induced abortion.

Ruth tended to her, but the patient died. The play presents the audience with a number of ideologies and characters who are cast against type apart from Ruth, played by the amazing Juliet Stevenson.

I play Jemima Flint. She was once a junior doctor who worked with Ruth and is now health minister.

She entered politics, much to Ruth’s dismay, but is integral in helping her.

How are you cast against type?

I play a woman who is white. That’s the great thing about this play – you discover that information only through dialogue.

I did wonder how it would play out but you don’t think about it – you just play a character.

The whole point is you’re presented with the ethics of that person, rather than forming an opinion based on the colour of their skin or their racial or gender identity.

What was it like landing the lead role in Bombay Dreams when you were only 20?

The lead-up to getting that part was magical – it felt like the universe was manifesting for it to happen.

I saw Andrew Lloyd Webber talking about Bombay Dreams in a TV interview. I was on my own at home and I said out loud, ‘I’d like to be in that show.’

A year later I was in a nail shop and an actor in the salon mentioned that his friend was doing a workshop for it. I called my agent and she called the casting agent and they asked if I could go in that day.

I ran to Lloyd Webber’s office and was terrified because I’d not had the time to practise or prepare mentally. The women waiting were warming up and talking about the last show they’d been in, whereas I’d never been in a show.

Afterwards I walked out and cried. Then I got a call saying I’d got the lead.

You were in Bend It Like Beckham – can you play football?

Very badly! I was Monica,  who is a cousin of the lead character. There were three of us and we were the Hounslow Hoochies, who would sit in the park and watch the boys play football. So I’m good at watching football but not playing it!

My mum took me to ballet classes when I was three, and when I was eight she recorded The Making Of Miss Saigon on VHS.

I was completely in awe of it. It was the first time I’d seen a woman from the East Asian community that I felt I could connect with.

It made me fall in love with musicals. I’d watch it relentlessly and sing along with the girls who were auditioning.

How did you become a singer?

When I was nine I went to America with my dad to visit family. We ended up in Wisconsin, where we saw a recording studio where you could record a couple of songs for $10.

I did Whitney Houston’s I Wanna Dance With Somebody and Gloria Estefan’s Anything For You. I played them in the car and everyone laughed so when I got back I told my mum I wanted singing lessons.

Tell us about your pop career…

My music is fusion pop – an influence of Indian culture, pop and soul. I have an album coming out and I recently worked with the Mercury award-winning Skepta, which was amazing.

What do you enjoy away from work?

Dancing in my living room and cooking. I also like meditation and I recently did a reiki course. And I love hanging out with my godchildren – they’re the best.

Do you have any outstanding ambitions?

So many that the list is too long to mention! I’d love to learn how to roller-skate. And I’d love to write my own musical.

The Doctor is at the Duke of York’s Theatre in London’s West End until December 11.