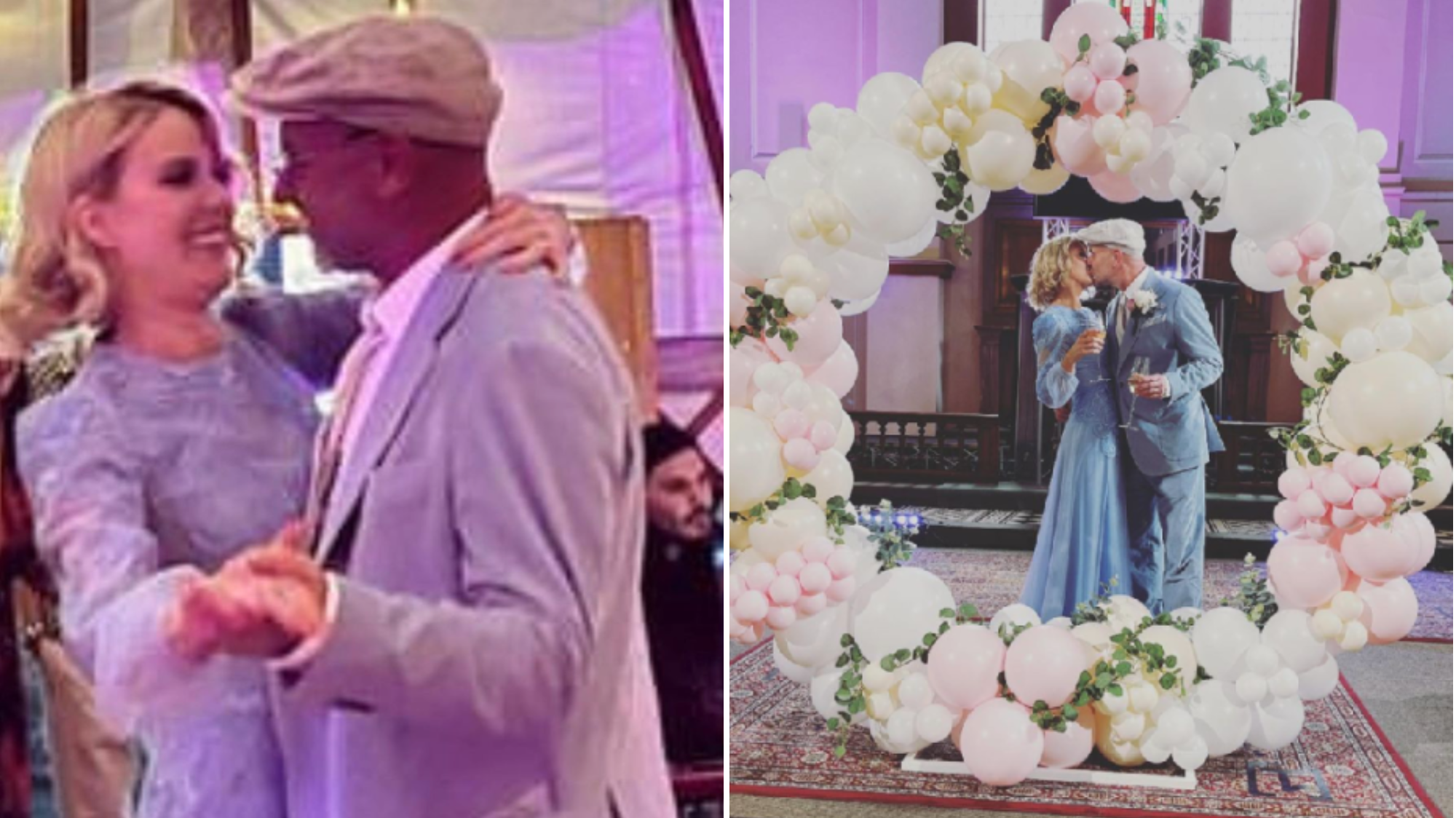 Coronation Street stars Sally Carman and Joe Duttine appear to have tied the knot once more, in a special ceremony attended by their cobbles colleagues.

The actors, who portray Abi Webster and Joe Duttine respectively, confirmed that they had wed back in July, with Sal taking to Instagram to post a pic of the loving ceremony.

The star, who wore a gorgeous blue dress for the special occasion, held a glass of champagne in her hand as she kissed new husband Joe, who was sporting a grey cap and blue suit.

‘We did’, she wrote, followed by a yellow heart emoji, which is perhaps a reference to her social media caption from 2020, when she announced her and Joe’s engagement with a simple: ‘I did’.

The lovebirds then jetted off on their honeymoon, before ultimately returning to the UK, and it appears as if they took the opportunity to celebrate their love for one another once more, in a special ceremony with their co-stars present.

Vicky Myers, who plays the iconic DS Swain, took to social media to share a few photos from the special event, which took place on Saturday August 13.

‘Last night, I was privileged to join a bunch of beautiful people in celebrating this fabulous couple saying ‘I do’, the star wrote on Instagram. ‘What a night it was

‘Congratulations to a very special couple and my dear friend, the inimitable @sally_carman__

Sally and Joe wore the outfits in which they originally tied the knot, as they took to the floor for a special wedding dance.