All was well between the cast of The Real Housewives of New York City and Heather Thomson … until she talked about several of them on her podcast.

She and Carole Radziwill dished about some unsavory behind-the-scenes moments, which also included commentary about how Leah McSweeney unwittingly age-shamed the group last year. Thomson is scheduled to join the cast in the Hamptons for an upcoming episode and it looks like she could be in for a bumpy ride. 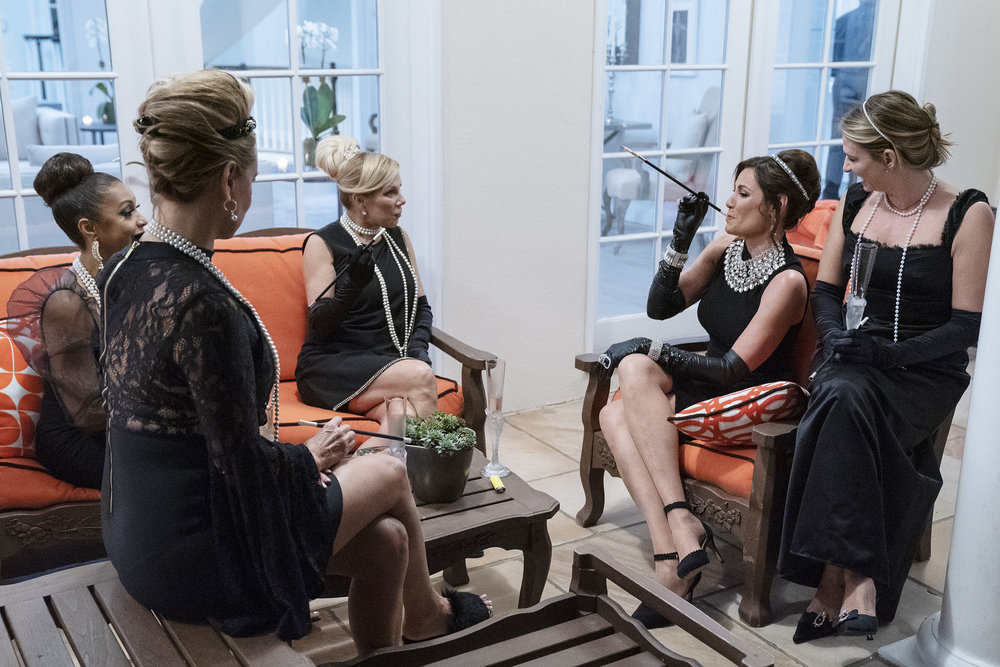 The ‘RHONY’ cast gets revved up for Heather Thomson’s arrival

During the latest episode, Ramona Singer purchased a bundle of sage for her home “before Heather gets here” Singer tells Sonja Morgan. Singer is now regretting the impromtu invite she offered to Thomson only days earlier. The cast realizes that Thomson had been talking about them behind their back and are now steaming.

“Oh geez is she invited?” Morgan asks Singer. “You invited her?”

“Heather’s coming in as a punching bag,” McSweeney warns. “She doesn’t even know what she’s about to walk into.”

“Leah is getting me all stirred up,” Singer says in a confessional. “Why did you invite Heather? She shouldn’t be here. Don’t you know what she said?” Flashbacks show McSweeney telling Singer that Thomson revealed that Luann de Lesseps did hard drugs. “I’m sorry but that’s crazy,” McSweeney says.

“And now I’m second guessing myself because of Leah,” Singer adds in her confessional. “It was a silly podcast! Who cares?”

Singer may act like she doesn’t care, but McSweeney started reading the slew of articles spun from Thomson’s one particular podcast episode with Radziwill. “The more I think about this the more it just rubs me the wrong way,” McSweeney says in a confessional. “If you go and you talk sh*t about them, then what are you gonna say about me?”

While Thomson didn’t exactly shade McSweeney, Radziwill pointed out that McSweeney’s joyful outburst about still having her period during a dinner party last season was age shaming.

“So what she is saying is this old misogynistic patriarchal narrative about women of a certain age,” Radziwill said about McSweeney’s declaration last season. “Women are not valued as women over baby-making age. And it’s a centuries-old patriarchal trope and narrative.”

Adding, “I don’t think she understood what she was saying in that regard,” she said. “She was just making a funny line. And she wasn’t only insulting all of you, but every woman over a certain age who feels that.”

During their discussion, Thomson and Radziwill laughed about how de Lesseps offered her drugs. “I remember saying to Luann [de Lesseps] like, ‘Whoa I’m not into this,’” she said. “I’m asleep, there’s cameras right outside.”

Will Thomson’s words come back to haunt her? It looks like the cast is gearing up for an explosive confrontation.

The Real Housewives of New York City is on Tuesday at 9/8c on Bravo.